Drivers will have to endure one more partial and unexpected season of construction work. 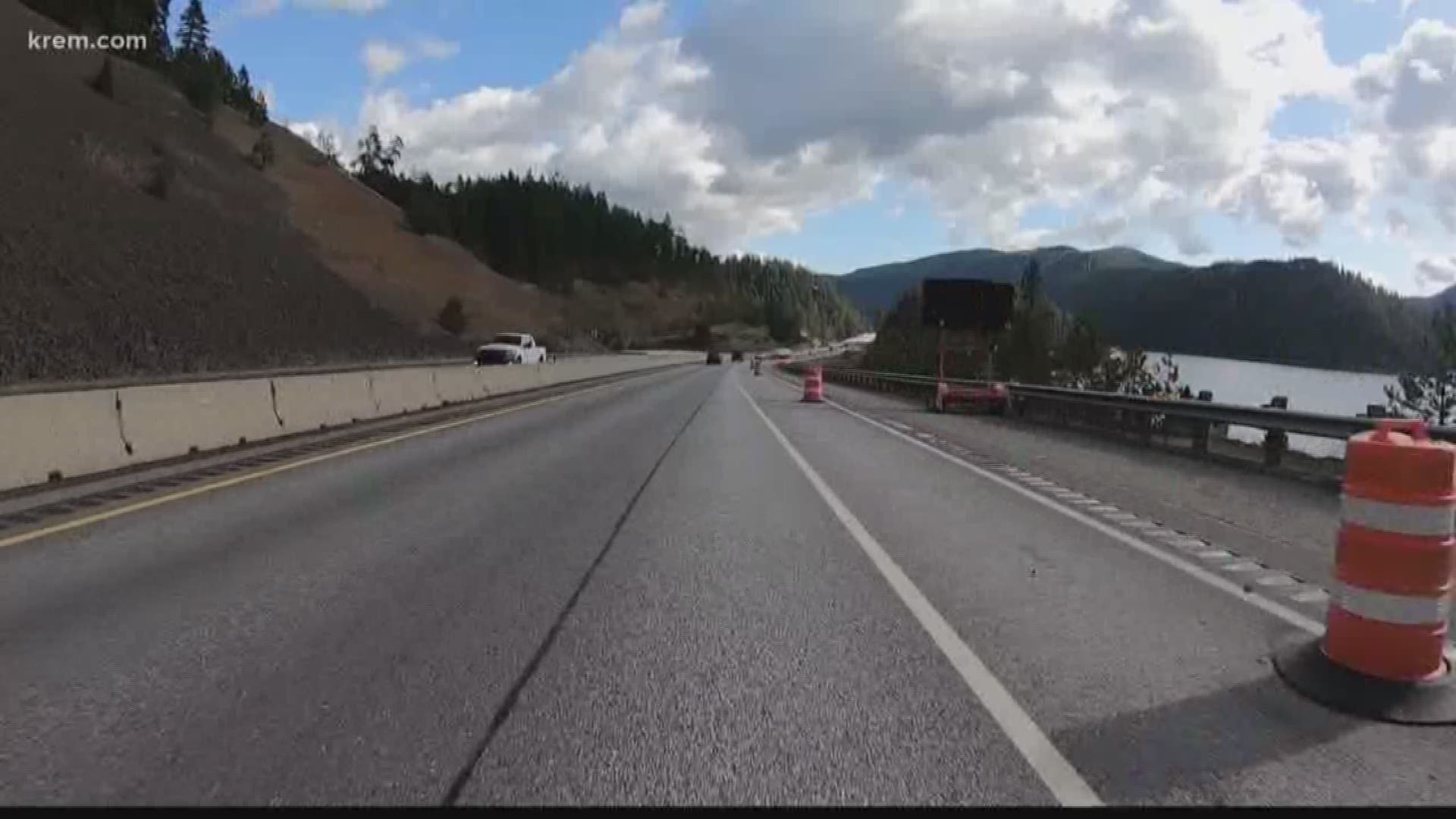 COEUR D'ALENE, Idaho — The end is in sight for a notable bridge repair project on I-90 outside of Coeur d'Alene.

Drivers will have to endure one more partial and unexpected season of construction work, though.

Since the spring of 2018, contractors with the Idaho Transportation Department have been making various repairs on a stretch of I-90 that crosses over Lake Coeur d'Alene near Higgens Point and Blue Creek Bay. The work, which has resulted in reduced speeds and lane closures, is designed to extend the life of the heavily used bridge.

Part of the work proved to be more challenging than expected, according to ITD. With cooler weather approaching, the agency opted to pause the repair work for the winter season.

"With the weather coming like it is, we don't want to chance not getting the repairs done exactly right," said Megan Sausser, an ITD spokesperson. "We decided to go ahead and table it, come back next spring and finish it so that the public has bridges for another 50 years there."

The third season of construction work, which wasn't originally planned, will wrap up during the summer of 2020.

In the meantime, ITD will open both sides of the bridge and all lanes to traffic while construction is on hold. Drivers should expect the unfinished road surface to be somewhat bumpy, though.

Repair work to the bridge, which is also near Wolf Lodge Bay, has included maintenance to both the driving surface and the bridge's underwater support structure. Contractors have employed divers at points to complete some of the work, ITD said.

"That project is massive," said Sausser of the work, which costs $10.9 million.

Final work to be completed next year includes joints that will allow sections of the bridge to safely expand and contract with cold weather.

"Anytime we're doing something, we want it to last," said Sausser. "We'll be just as relieved to have this done."

RELATED: Two lanes of I-90 will be closed this weekend at Latah Bridge over Hangman Creek

RELATED: Unknown gas leaking from truck on I-90 identified as Econobrite