How often are threats made at schools charged with a crime

In the wake of yet another threat made at a school in Idaho, KREM is examining how often those behind the threats are charged with a crime. 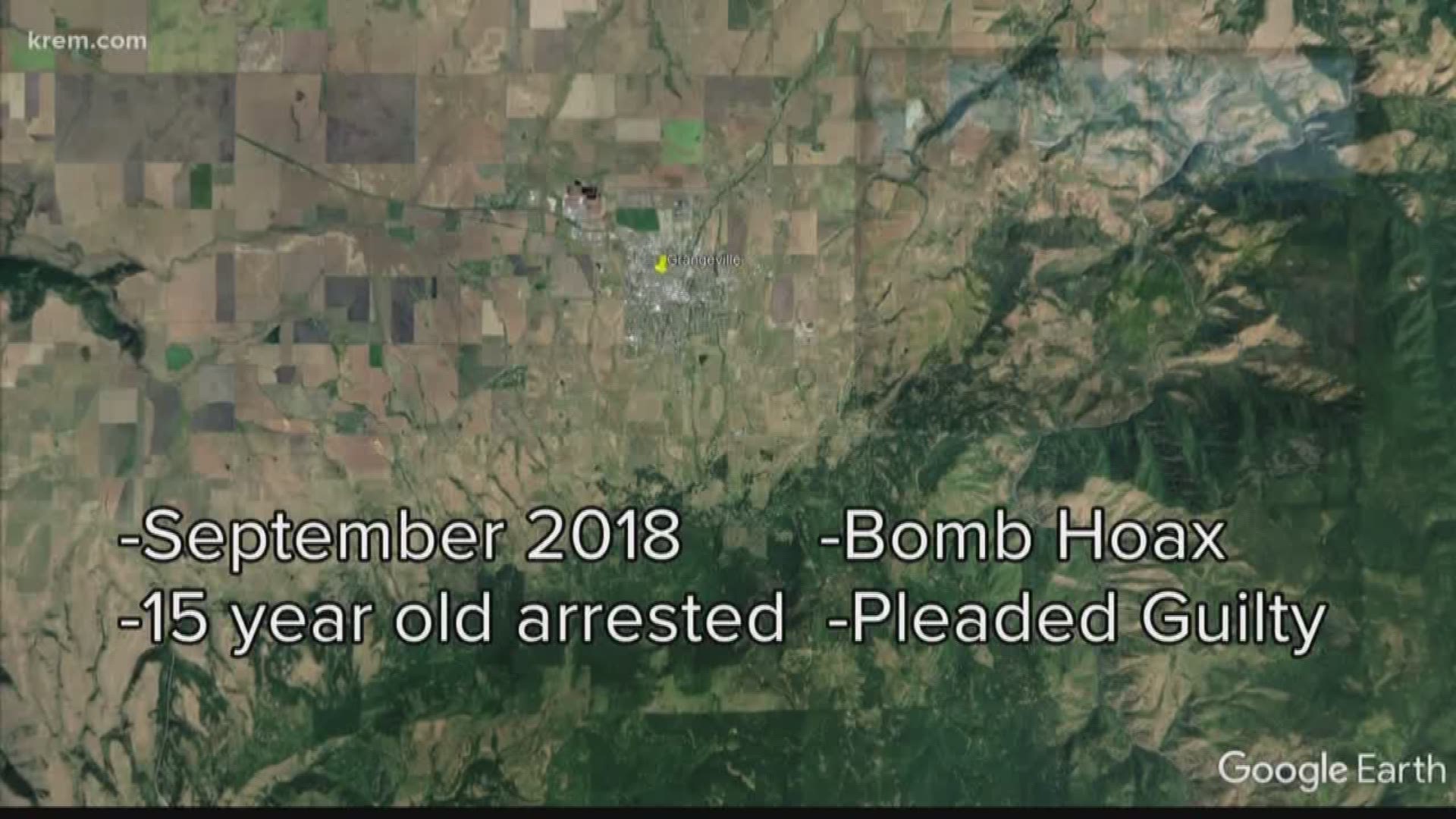 KOOTENAI COUNTY, Wash. — On Tuesday, Lake City High School in Coeur d’Alene was placed on lockdown after an anonymous caller reported that a person with a gun was in the parking lot. Police responded, but ultimately didn’t find that the threat was valid.

In the wake of yet another threat made at a school in Idaho, KREM is examining how often those behind the threats are charged with a crime.

After the incident, Coeur d’Alene Police Chief Lee White told another news outlet that “the best deterrent to false reports is catching and prosecuting the people who make them.”

“We take threats to school safety very seriously,” White said to KREM in an email. “Threatening violence to disrupt a school is a violation of 18-3302, and we take violations of this code seriously.”

Earlier this year, Idaho lawmakers passed a bill making it a misdemeanor for making a threat that disrupts school activities, including threats made via social media. Changes to the law made it a felony if the person who made the threat was found to have a firearm or other deadly weapon.

While tracking every threat made to an Idaho school in recent years is difficult, a brief analysis by KREM shows that, in most instances, the person responsible for the threat faced charges.

Notably, a student was arrested in Fall 2017 relating to various threats made at Lake City High School. The threats were made over several days and caused disruptions at school.

Three students were expelled. Regarding the student who was arrested, Kootenai County prosecutors were unable to comment on the case due to the file being sealed.

So far in 2018, KREM was able to find reports of roughly half a dozen people who had been arrested or cited in connection to school threats.

In September, a 15-year-old was arrested in Grangeville after making a false report of explosives in a public place. The boy’s case is sealed, but prosecutors confirmed that the teen ultimately entered a guilty plea to charges.

Moscow’s school district fell victim to threats in March, but not because of a student’s actions.

Across the state in 2018, KREM also found reports of juveniles being arrested and/or charged with making threats in Boise, Idaho City, Blackfoot, and Gooding.

There was at least one instance in 2017 where a student accused of making threats didn’t face charges.

Local reports in Lewiston say that prosecutors declined to file charges against a 10-year-old girl who confessed to writing a note referencing a bomb at a school in the Orchards area.

In 2013, Bonners Ferry High School was the subject of numerous bomb threats that affected the school.

In that case, district leaders say a student found responsible was charged with a crime. Since then, the district says it hasn’t had any more problems with threats.