'He bounced over me three times': Hayden hit-and-run victim recalls being run over

Despite being run over just over a month ago, Walson is already walking again and is living once again in his trailer not far from the Hayden gas station. 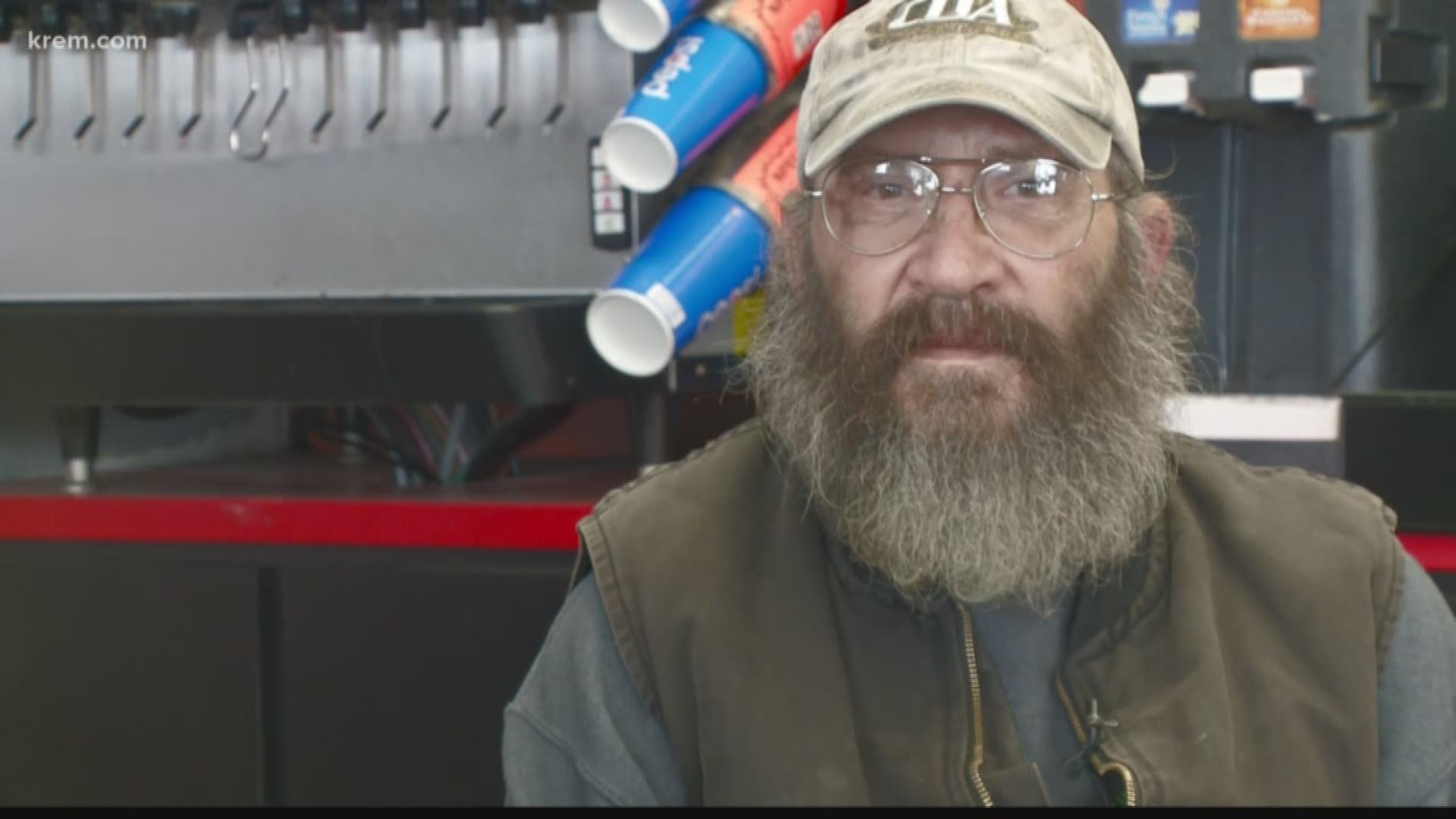 HAYDEN, Idaho — Despite serving in the Army and working as a logger for several years, the incident that injured Steve Walson the worst was something that happened just down the street from where he lives.

In December, the 61 year old was walking in the parking lot of the Hayden Qwik Stop when a driver ran over him, pinning him against the parking lot. The driver then backed over Walson once more before eventually driving off and sparking a hit and run case for authorities.

"He bounced over me three times," said Walson during an interview on Tuesday.

Despite being run over just over a month ago, Walson is already walking again and is living once again in his trailer not far from the Hayden gas station.

"I just wish it never would have happened. I hurt," said Walson, who was hospitalized following the incident.

The veteran then spent sometime in an outpatient rehabilitation facility before returning home. Walson said the hit-and-run left him with stitches on his head, a broken rib, and additional cracked ribs.

Walson said that he remembered being run over the night of the hit-and-run, but only remembered bits and pieces following the incident.

"All of the sudden, this vehicle fired up. The headlights came on," said Walson.

At one point, the driver of the SUV that ran over Walson spoke with him, but Walson couldn't remember what was said.

He subsequently staggered over to a neighbor and friend's home, reeling in pain.

"They came out. I was sitting on the chair just [covered] in blood. Mangled," Walson said. "I was just barely there. It took me three days to even walk after that."

The Kootenai County Sheriff's Office has identified a person of interest in the case and has also seized an SUV related to the matter. No arrests have been made and no charges have been filed just yet, however.

RELATED: Man killed in hit-and-run crash near Gonzaga, no arrests made

"I just don't know why it even happened. I've never seen the vehicle before. I don't even know what the guy looks like or nothing. It's just bizarre," said Walson.

He added that he's currently speaking with an attorney as the case moves forward.

Walson said staff at the Hayden Qwik Stop, who were at one point fundraising for Walson, have been very helpful. Walson has been a regular at the convenience store for roughly two decades.

Walson said he's still left puzzled by the incident, however.