The push for the center comes following increased interest in youth programs on the reservation. 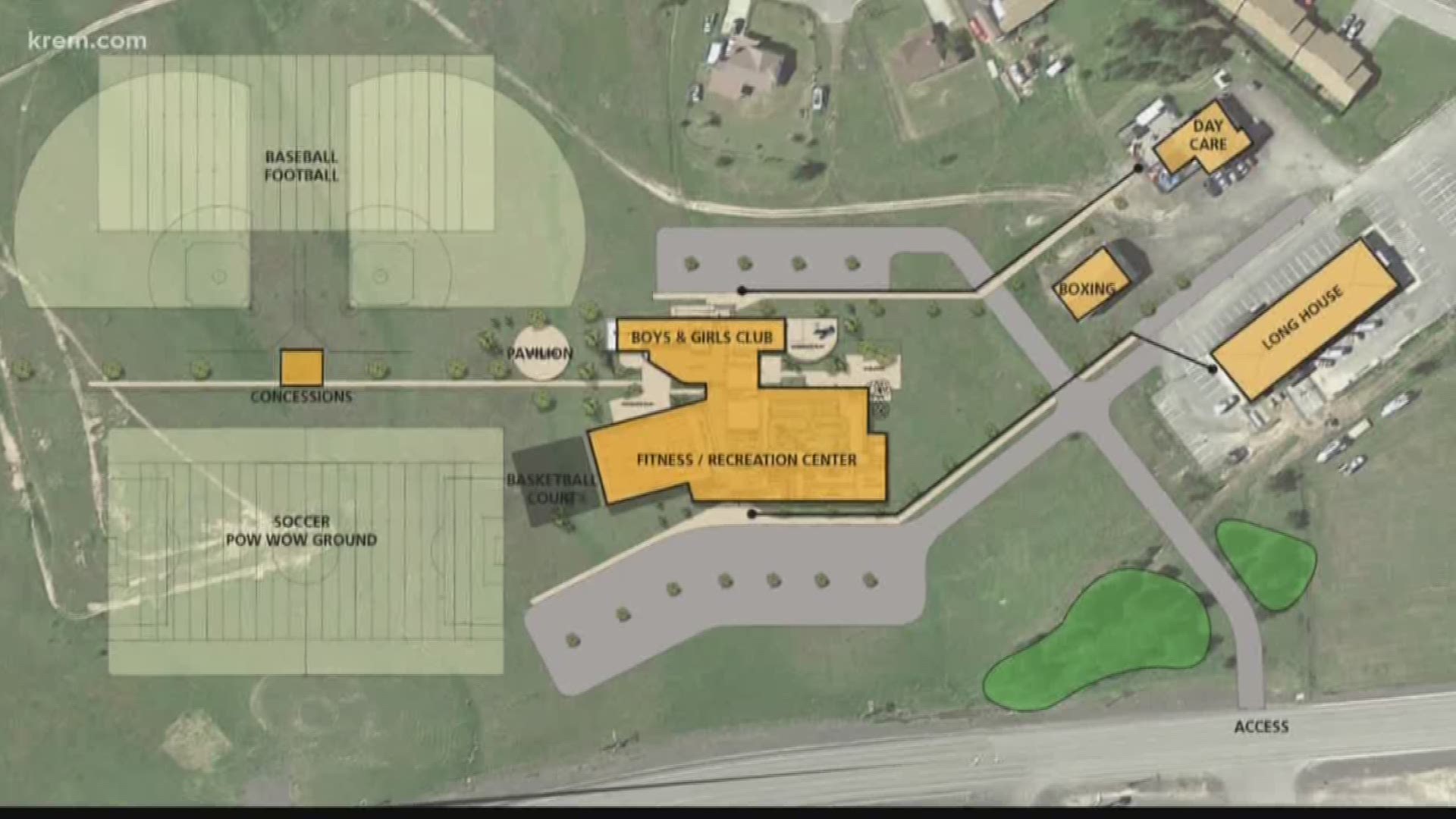 The building, aimed at housing youth programs and family activities, is destined for land off of Highway 95 on the Southeastern edge of Worley.

The push for the center comes following increased interest in youth programs on the reservation.

"We have almost 200 kids in our youth programs. And we don't have the space for them,” said Lovina Louie of the tribe’s healthcare organization, Marimn Health.

Louie is the director of the tribe’s existing wellness center in Plummer and noted that the youth programs have outgrown the facility.

"We want our youth to have a place to call their own,” she said.

Louie said the new youth center also came as the result of a survey issued to members a few years ago.

"A water park was high, a climbing wall,” said Louie of suggestions brought forth in the survey.

Preliminary plans for the youth center include a family water park, fitness areas, program rooms and indoor and outdoor sports courts and fields. The outdoor space could also function as an event space for the Coeur d’Alene Tribe’s annual powwow, which had previously been held in Coeur d’Alene and Post Falls.

"I think we can bring our powwow home,” Louie said. “We can have a place for our youth that provides prevention. And is a place where they can come together and share and learn about our culture and traditions."

Louie also said that the popularity of youth programs on the reservation has resulted in fewer juvenile arrests, too.

"We know that we have to do a holistic approach,” she said. “Mentally, physically, spiritually and emotionally. And that's our goal."

Louie also credited the tribe’s leadership with backing the idea and providing funding.

“There are many important needs in our community, but none more pressing than preserving and protecting the health and safety of our youth,” said Tribal Chairman Ernie Stensgar in a statement. “As the saying goes, an ounce of prevention is worth a pound of cure, and investing in our youth is an investment in the future of the tribe.”

Marimn Health and the tribe expect to break ground on the youth center in 2019 with hopes of opening the facility in 2020.