Named the “Outloud Reader,” the app converts text to voice using a smartphone camera. Users take a photo of text in a book or magazine which is then translated into text on the app and read aloud by a programmed voice. 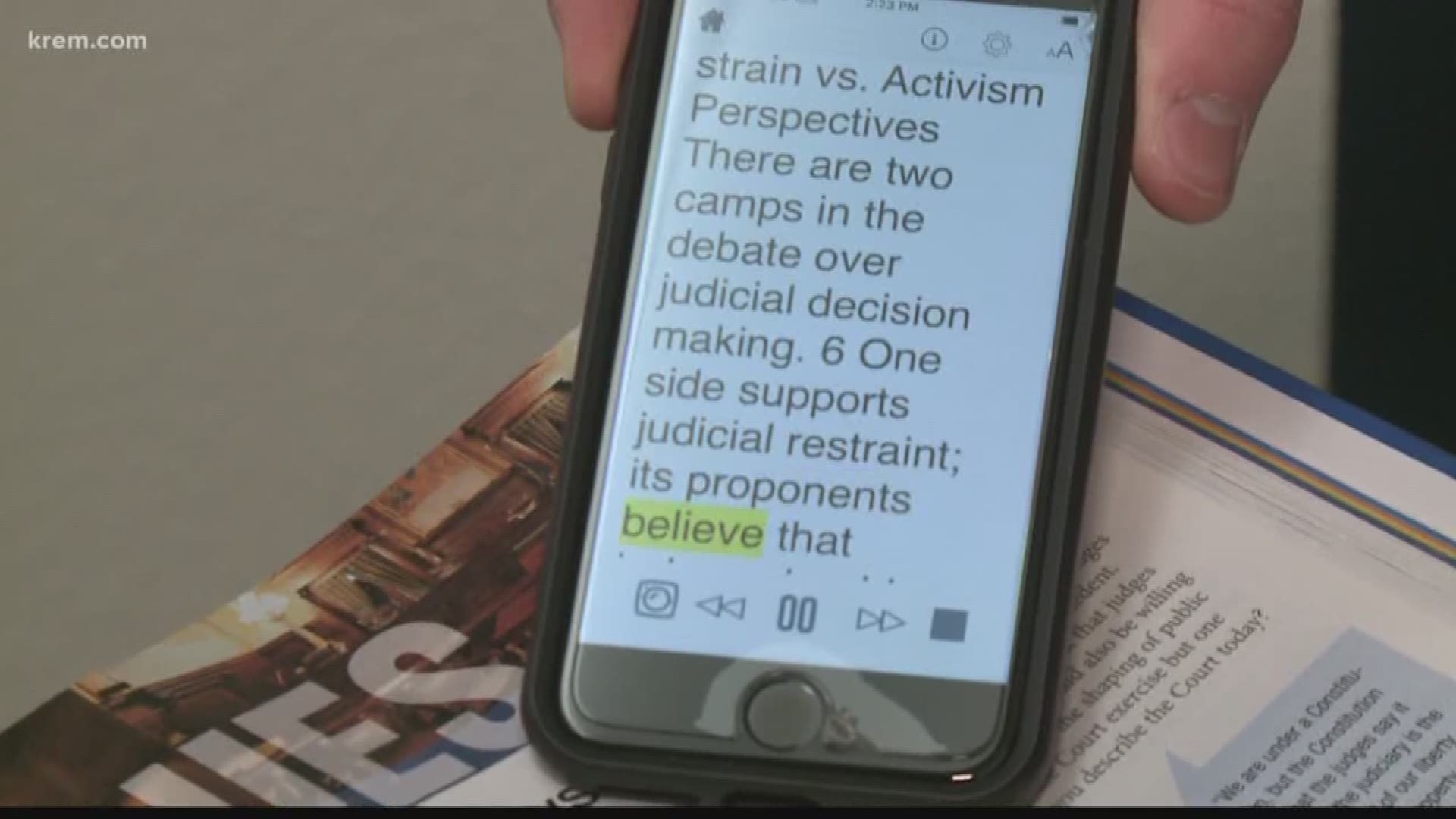 COEUR D'ALENE, Idaho — A Coeur d’Alene High School student has created an app that he hopes will assist those facing reading challenges and disabilities.

Named the “Outloud Reader,” the app converts text to voice using a smartphone camera. Users take a photo of text in a book or magazine which is then translated into text on the app and read aloud by a programmed voice.

"It was pretty exciting,” said Outloud’s creator, Morgan Dixon, of the process.

Dixon, currently a junior at CDAHS, came up with the idea two years ago after his brother had expressed an interest in being able to listen to textbooks while working at a winery. Dixon’s pursuit to make the app a reality lead him to seeking help at Coeur d’Alene’s Innovation Den, a tech company center and innovation space.

While at the Innovation Den, Dixon met an ophthalmologist who would later become his business partner. "He told me, ‘This is a fantastic idea. You should do this for the blind.’"

The duo would later raise roughly $27,000 to help fund coding for the Outloud Reader.

Dixon says his app is suited for not only visually impaired people, but also those with reading disabilities like dyslexia.

"I want to help make this for anybody,” Dixon said.

Last year, Dixon reached out to CDAHS’ special education department for assistance in testing the Outloud Reader and determining its effectiveness.

"The ease at which the apps works is amazing,” said Eric Brewer, a special education teacher at the school. “This is something that is near and dear to my heart,” he said. “For [students] to be able to access that text using this app is amazing.”

"It makes me feel good knowing I've done something that could be helpful," he said.

Dixon says he doesn’t have any immediate plans to attend college after graduating in lieu of developing the Outloud Reader more.

The app is currently available on smartphone app stores by searching “Outloud Reader.” The app costs $4.99 to purchase.