David Clos hit a traffic light while being more than three times over the legal limit. The poles holding the traffic signals are custom-made. 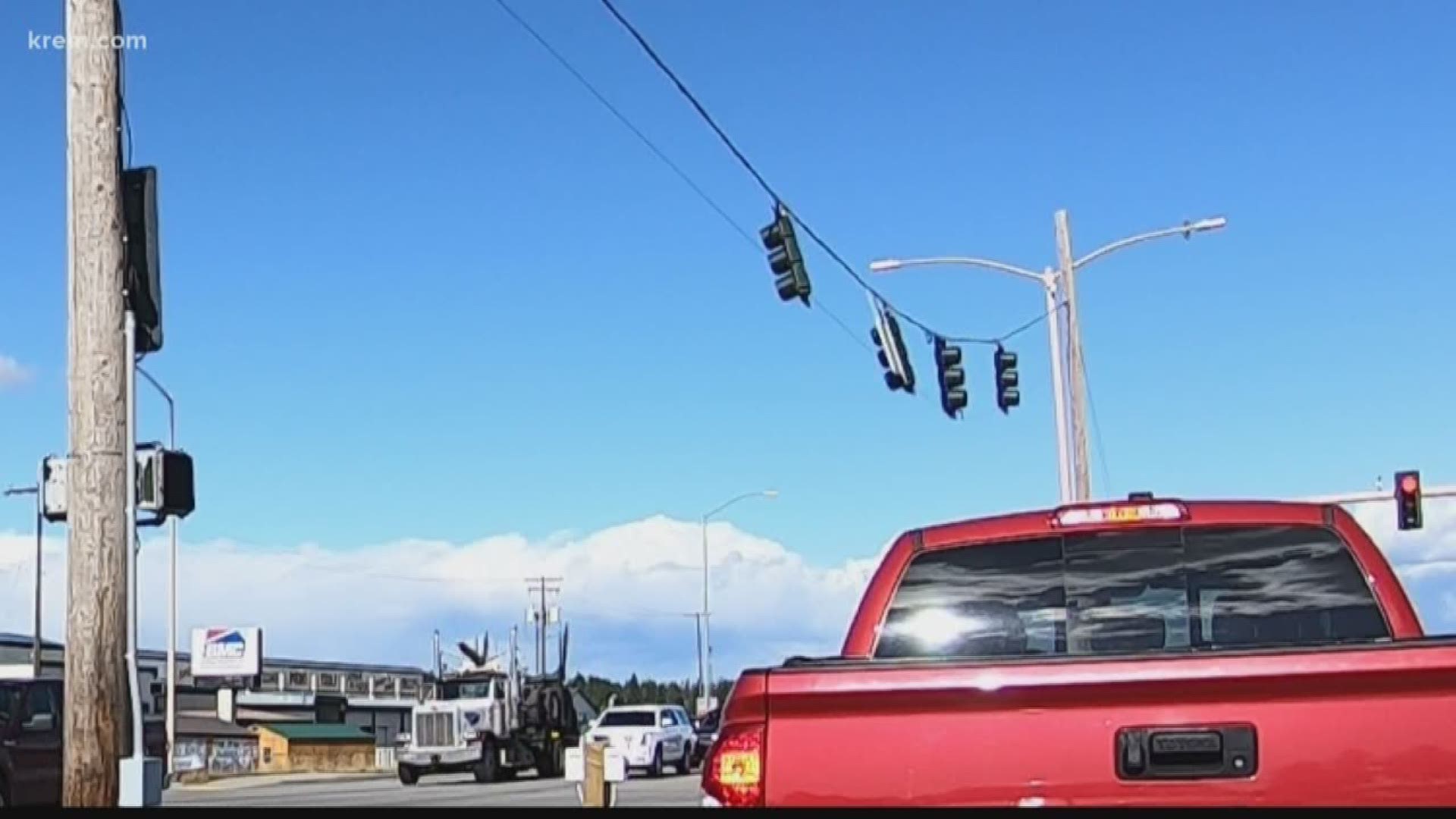 COEUR D'ALENE, Idaho — The drunk driver who plowed into a traffic signal pole at a busy Coeur d'Alene intersection earlier this year is being asked to pay state officials $180,582 for the damage he caused.

But despite the hefty reimbursement request, permanent repairs at the heavily-trafficked intersection won't happen until next year.

Last June, 42-year-old David Clos slammed his pickup into a signal tower at the intersection of Highway 95 and Kathleen. According to court records, Clos' blood-alcohol level was .211, nearly three times the legal limit.

Clos subsequently pleaded guilty to a felony DUI charge. In lieu of prison time, a judge last month retained jurisdiction on Clos' case, meaning that Clos will undergo a court-ordered evaluation to determine if he's fit for probation.

RELATED: Damaged traffic signal at Hwy 95 and Kathleen could take months to fix

On the day of Clos' sentencing last month, prosecutors also asked that he reimburse ITD $180,582 to replace the damaged traffic signal. According to an invoice, Clos is asked to pay the amount by October 25.

According to an abbreviated court transcript, the judge in Clos' case indicated he would hold off on making a decision on restitution until Clos had completed his retained jurisdiction program, which is also known as a "rider."

Despite that, ITD says that repairs to the intersection are still several months out.

“This is very unique. It’s not very often that we get a signal knocked down like this,” said Lee Bernardi, a traffic and materials manager for ITD.

Bernardi said that the agency's legal team will likely pursue Clos' insurance company for restitution. In the meantime, however, the agency is using emergency funds to pay for a replacement signal pole structure.

It won't be until next year's construction season that the work will take place, Bernardi said.

“The poles for signals are custom made,” he said, noting that fabricating the poles takes a long amount of time. Until those are completed and new foundations can be poured at the intersection, the temporary signals will remain through the winter.

Still, Bernardi said the intersection work is being completed "as soon as possible." At the same time, crews will be replacing signals at the Miles and Wilbur intersections on U.S. 95 as part of a planned traffic improvement project through ITD.

“In a way, it’s a blessing that we’re getting a new signal out there,” said Bernardi of the Kathleen signals, adding that the intersection was already in need of replacement signals. “We’re getting something done that was needed. It’s just sooner than we were anticipating,” he said, adding that the accident still caused some budgeting headaches.

Pat Motley, who owns Hickory Sheds down the street on Kathleen, remembered seeing the aftermath of Clos' crash.

“When the accident first happened, it really put traffic at a deadlock. We were all having to find other ways to get into our businesses,” she said.

While the temporary signals have worked flawlessly, Motley said that she's still looking forward to a permanent replacement.

"I’m hoping they’ll put in new turn signals and new right turn lanes and make us all move easier through the area," she said. "[Authorities] did a great job of getting us all hooked up and everybody flowing again quickly.”'