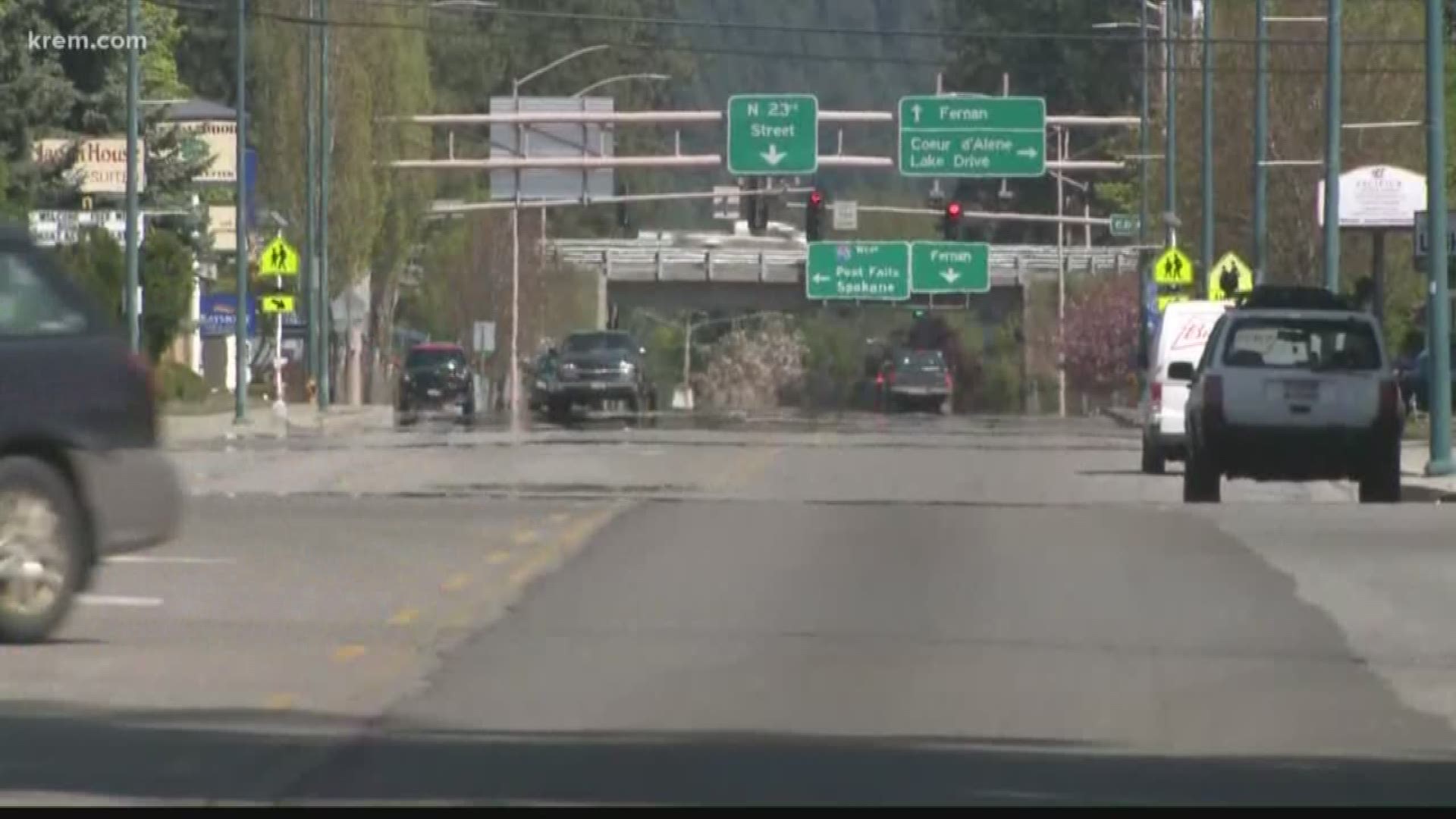 The properties, located at 1620 East Sherman and 1516 East Sherman, formerly served as transitional housing for St. Vincent de Paul. The buildings are currently vacant and the non-profit had previously lost funding for its veteran housing projects, according to Coeur d'Alene community planning director Hilary Anderson.

Under a resolution passed by Coeur d'Alene city council on Tuesday, the city formally expressed interest in purchasing the East Sherman properties for $300,000 and exchanging city-owned land on East Homestead Avenue with St. Vincent de Paul. The city land, located at 102 and 106 E. Homestead, is home to affordable housing that is managed by St. Vincent de Paul. Under the proposal, the charity would gain full ownership of the property.

"This is a very exciting opportunity for the revitalization of East Sherman," said Anderson in an email to KREM.

The city of Coeur d'Alene has been working with CDA 2030 and Community Builders, a Colorado-based non profit, in an effort to spruce up the street that serves as the eastern entrance to downtown Coeur d'Alene.

Over the years, East Sherman has developed a reputation for homelessness and crime. The Coeur d'Alene Police Department previously told KREM that the area had more reported crime than other parts of the city.

"It's not representative of our community. And we need to fix that," said Stan Schedler, who owns Schedler Mack insurance on East Sherman, West of the St. Vincent de Paul properties. Schedler, whose business has been located on East Sherman for 45 years, said he's witnessed changes with the corridor over time.

"It's definitely been problematic," he said. "I'm not very proud when people get off Interstate 90 and they drive down East Sherman and think 'That's Coeur d'Alene?' It's not very pretty.'"

The area's revitalization project was first put into motion in 2015 following community meetings at the time.

Referring to meetings and surveys, Anderson said, "The top response for changing East Sherman was less transitional housing because there is such a high concentration in the district.  While it is a very important use for the community, it is difficult for redevelopment efforts when they are all in such close proximity."

Anderson said that the city has followed its own process when looking at revitalization options, but did draw inspiration from Spokane's South Perry street. Commonly called the "Perry District," the area has gained popularity in recent years following the arrival of new restaurants and buildings.

The vacant St. Vincent de Paul buildings on East Sherman are "functionally obsolete" and would be expensive to retrofit, Anderson said.

"The only viable use is to continue transitional housing or tear them down for another use," she wrote.

According to a presentation Anderson gave before city council, possible uses for the 1516 East Sherman property include a food truck park, a year round farmers market, pop-up shops, and an affordable housing project. Proposed plans for the 1620 property ranged from a public parking lot to a small pocket-park.

"I think it's just fantastic," said Schedler of the proposal. "If we could just get more of this stuff removed, investors will feel more comfortable and confident," he said, referencing the vacant St. Vincent de Paul buildings.

As part of the resolution, a public hearing on the proposal was scheduled to take place during the city council's May 21 meeting.