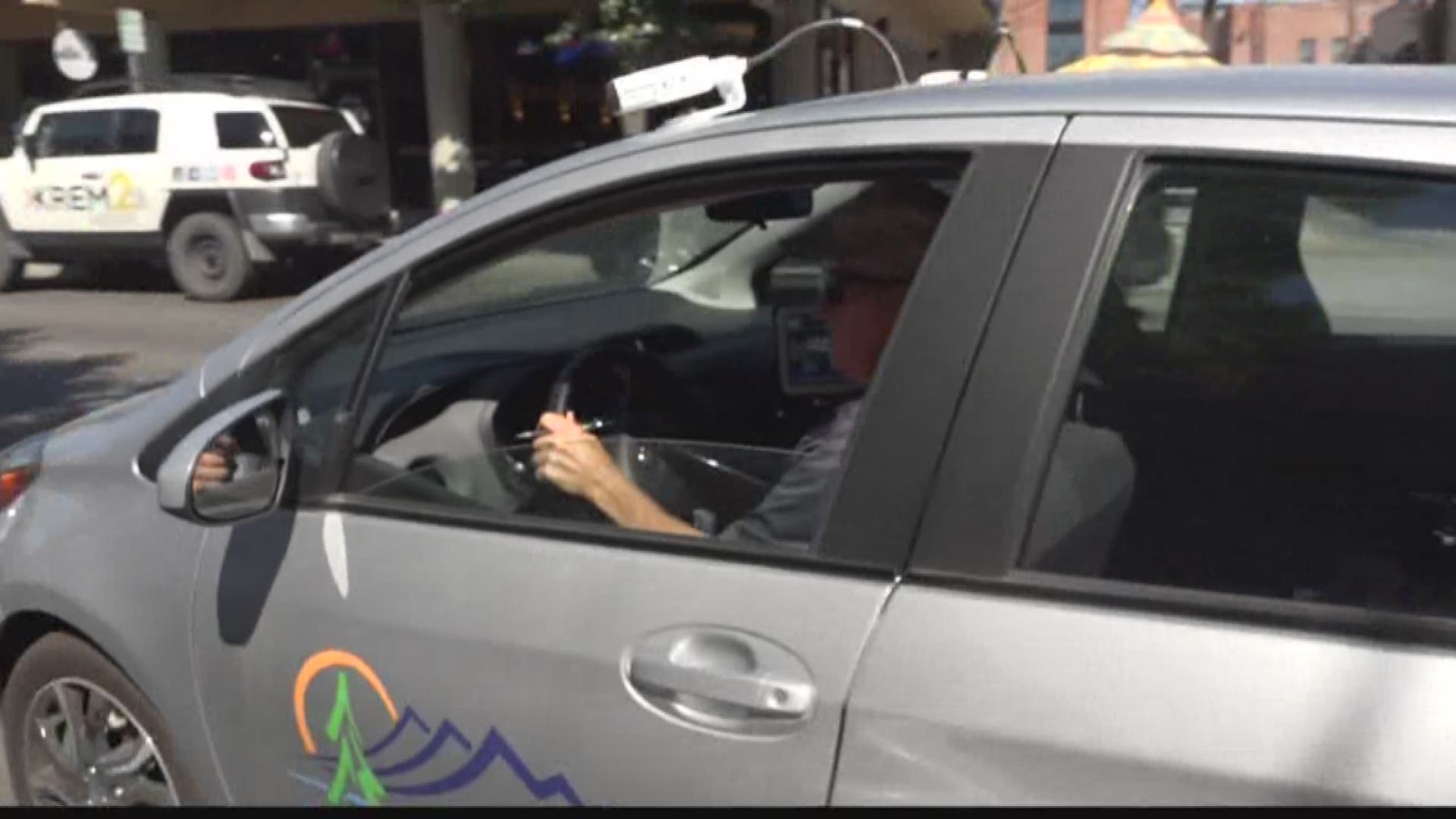 COEUR D’ALENE, Idaho --- Coeur d’Alene is changing how it enforces downtown parking, new technology will be used to track your license plate instead of chalking your tire like they used to do.

Meter maids used to patrol downtown Coeur d’Alene and would mark the tires of parked cars, now they use technology that tracks your license plate to see if you have been parked in one place for too long.

We followed Frank, a Coeur d’Alene parking Enforcement employee, to see what this new technology is like. Frank drives his Ione Toyota Yaris through downtown CdA, keeping his eyes on the road while the four cameras mounted at each corner of the car are looking for parking violations.

This license recognition system is making sure you have moved at least one city block from your previous spot. If not, it alerts Frank, then he can give you a ticket.

The new system hit the streets on Monday, along with a new tiered ticketing system. A first time violator will get a courtesy ticket reminding violators of the parking rules. The second time it is a $15 ticket, the third time is $20 and any more after that are $25.

The city said the goal of this new parking enforcement system is to more efficiently manage time limits.

This means no more rolling forward to the open spot in front of you to avoid a parking ticket. If you plan on staying downtown more than two hours make sure to move by at least a city block because the camera will be watching.