The semi truck that crashed on Friday evening and caused I-90 to close for several hours was carrying 16 bombs at the time of the incident. 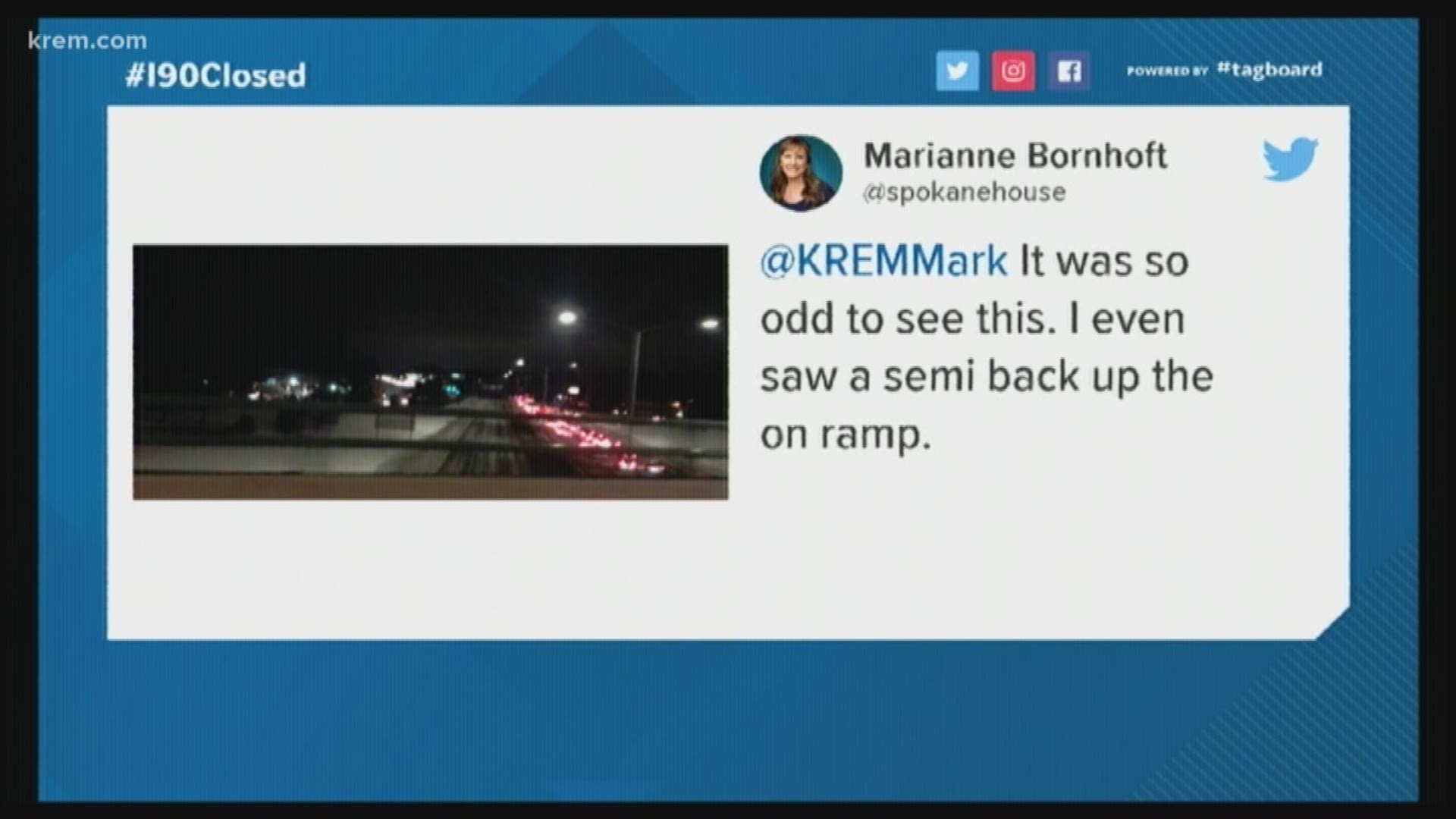 The semi truck that crashed on Friday evening and caused Interstate 90 in Idaho to close for several hours was carrying 16 bombs at the time of the incident.

Despite earlier reports, the truck was carrying bombs, not missiles, as first reported by Idaho State Patrol.

The bombs were secure at the time of the crash, and have since been loaded and transported on another truck, Fairchild officials said.

The bombs were transported separately from the fuses, Fairchild said, which means there was no risk of explosion.

A 2016 Volvo semi truck carrying 16 bombs weighing 2,000 pounds each crashed on I-90 near milepost 8, which is near the Huetter rest area, the Idaho State Police announced in a press release.

The truck, driven by 47-year-old Mark Dearinger of Chickasha, Okla., was traveling eastbound when he drove into the hazmat containment area of the port of entry instead of the interstate on ramp. The truck ended up driving into a snow bank, and Dearinger received a citation for inattentive driving, police said.

There were no injuries caused by the accident.

Fairchild Air Force Base told KREM 2 on Monday that an Explosive ORDNANCE  Disposal (EOD) team went to the scene on advisory basis to make sure the load was not compromised.

The Idaho State Patrol shut down each direction of I-90 between exit 5 and exit 12 because of an incident at a rest stop for several hours.