A biologist checked the tree on Thursday morning and did not see the bear. There have not been any new sightings. 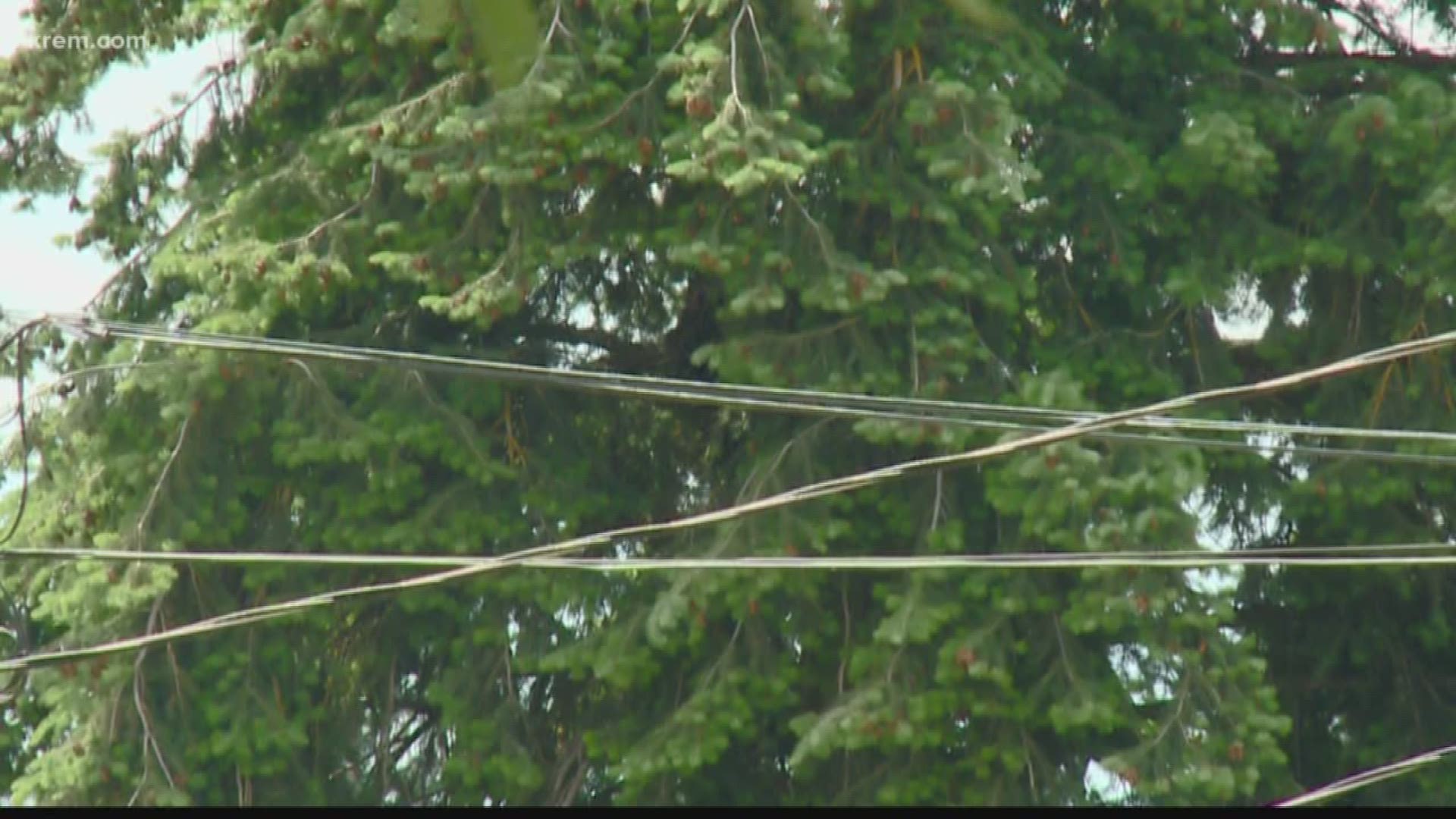 COEUR D'ALENE, Idaho — Idaho Fish and Game officers say a young black bear that was stuck in a tree on Wednesday has since moved out of the area.

KREM reporter Taylor Viydo says a biologist checked tree on Thursday morning and did not see the bear. There have not been any new sightings.

Officers tranquilized the bear on Wednesday morning after climbed a tree in the front yard of a Coeur d'Alene home.

Officers said the bear was awake and still in the tree after it was shot with a tranquilizer dart. They hoped it would come down by nightfall and take off.

The bear was originally spotted near midtown Coeur d'Alene's in the area of 4th and Locust. The bear then went on the move, winding up on 8th and Becklund in a tree.

"I saw them looking up at this tree, and I thought, 'Oh, maybe there's a raccoon in the neighborhood again,'" said neighbor Linda Blackstone.

Viydo said the IDFG called the bear a "sub-adult" instead of a "cub" because it isn't with its mother.

The last time a bear wound up in a tree was in 2014 near Woodland Middle School in Coeur d'Alene. It was tranquilized and released after it climbed down.

"It certainly happens. We have a very healthy black bear population. We just don't see them that much because they have that fear of humans," said IDFG Spokesperson Kiira Siitari.

Credit: Anthony Joshua Yzaguirre
A bear has climbed a tree in Coeur d'Alene.