A beehive worth saving in Rathdrum

You may have heard that several species of bees were recently added to the endangered species list. That is why some city workers in Rathdrum recently decided one small beehive was worth saving. 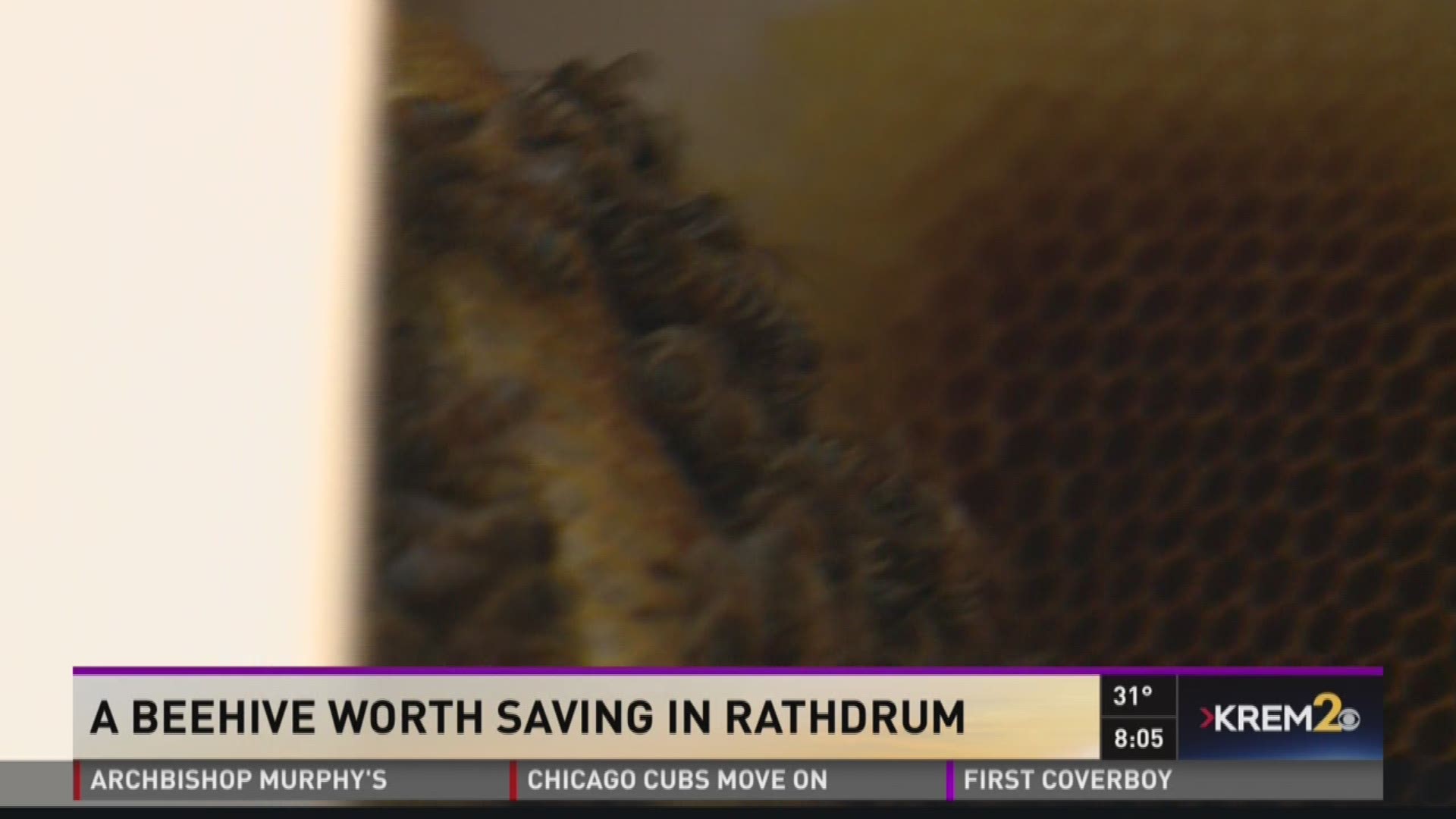 RATHDRUM, Idaho – You may have heard that several species of bees were recently added to the endangered species list. That is why some city workers in Rathdrum recently decided one small beehive was worth saving.

Rathdrum city employees found a small beehive in an underground water main of a home. While some may have just sprayed the hive and killed the bees, a bee keeper, Charlotte Pegoraro, was called to the rescue.

“They could have probably just knocked ‘em off and gone on with their day,” Pegoraro said.

When she heard a hive of bees needed a new home, she was on her way.

“It’s really late for swarms and they tend to not do very well if there’s not enough bees in a hive over winter,” she said.

According to the United States Fish and Wildlife Service, seven species of bees called Yellow-Faced bees are now on the endangered species list.

We should be clear that Honey Bees are not on this list. According to Pegoraro though, losing any bees that help pollinate is not a good sign.

“Pollinators in general pollinate so much of our food that if they’re gone, we won’t be far behind,” she said.

She said that honey bees help pollinate 30 percent of our food supply. Strawberries, melons, and almonds are just a few items that Pegoraro said would not exist without bees.

If honey bees begin to follow the road of their cousins in the Yellow Faced bees, it could impact humans greatly.

Though making the endangered list is not something to celebrate, it is an opportunity to spread awareness.

“Hopefully the honey bees that we have here, that we know and that we use, won’t make it on to that list,” she said.

Pegoraro took the small bee hive to her home in Harrison, Idaho. She said she is hoping the hive will survive through the winter, and if it does not, she will combine them with one of her seven hives.