The student died at Kootenai Medical Center after they were found in medical distress, according to the Shoshone County Sheriff's Office. 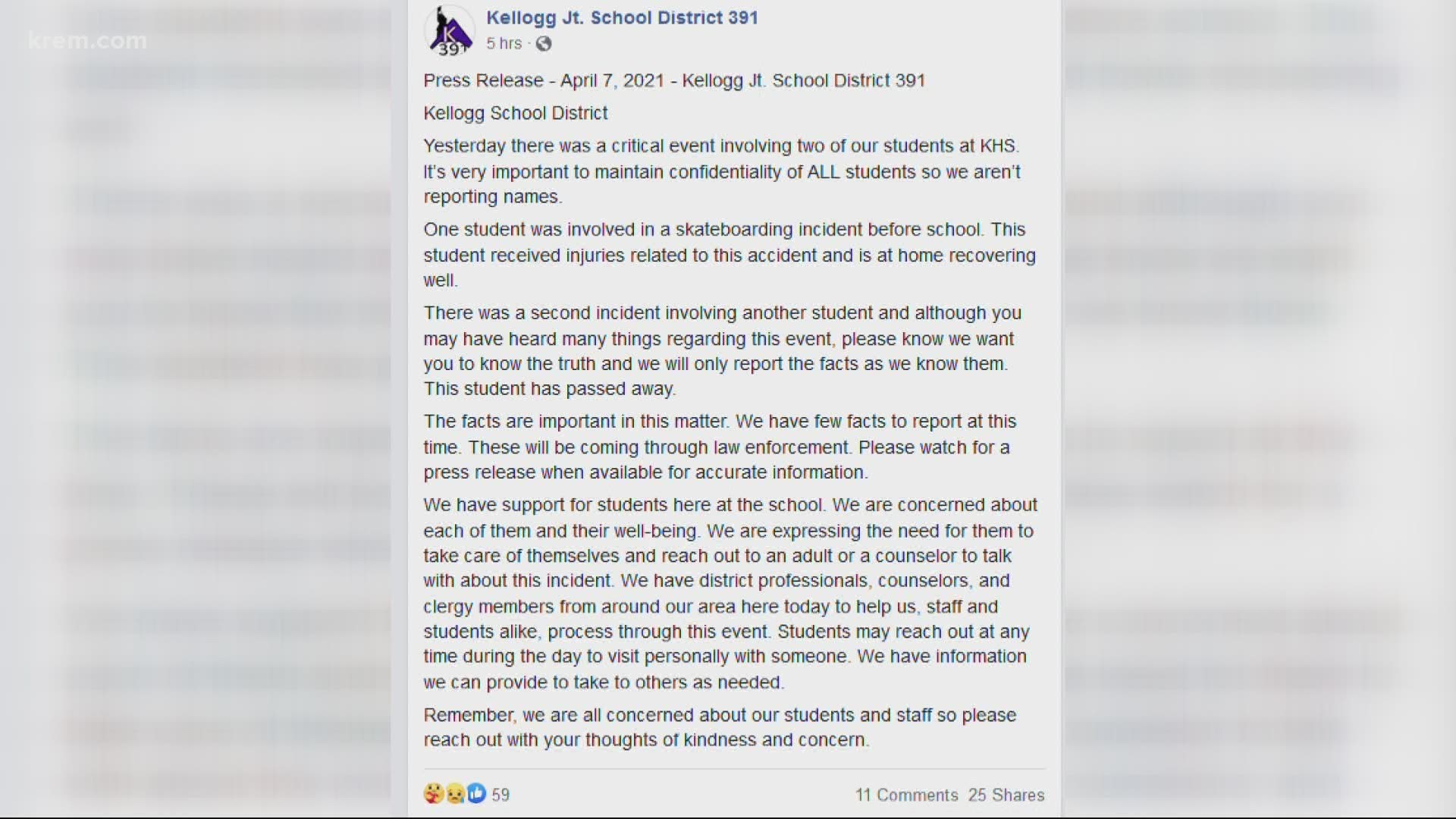 KELLOGG, Idaho — A student at Kellogg High School in North Idaho passed away following an incident on Tuesday, according to a Facebook post from the school district.

Kellogg Joint School District posted on Facebook about separate events involving two students. One student was involved in a "skateboarding incident" before school on Tuesday and is recovering from their injuries at home. Another student died following a second incident, according to the school district.

The two incidents were unrelated, Kellogg Superintendent Nancy J. Larsen confirmed in an email to KREM.

"There was a second incident involving another student and although you may have heard many things regarding this event, please know we want you to know the truth and we will only report the facts as we know them. This student has passed away," Kellogg Joint School District wrote in its post on Wednesday.

In a Facebook post made on Wednesday, the sheriff's office wrote that two deputies and family members found a Kellogg High School student in medical distress on Tuesday. Deputies immediately performed life-saving measures, including CPR, and the student was life-flighted to Kootenai Medical Center where they succumbed to their injuries, according to the sheriff's office.

School district professionals, counselors and clergy members from around the area are available to help staff and students process the event, the school district said.

"We have support for students here at the school. We are concerned about each of them and their well-being. We are expressing the need for them to take care of themselves and reach out to an adult or a counselor to talk with about this incident," the school district wrote.