During his speech, the author and reporter talked about his experience covering the Watergate scandal. 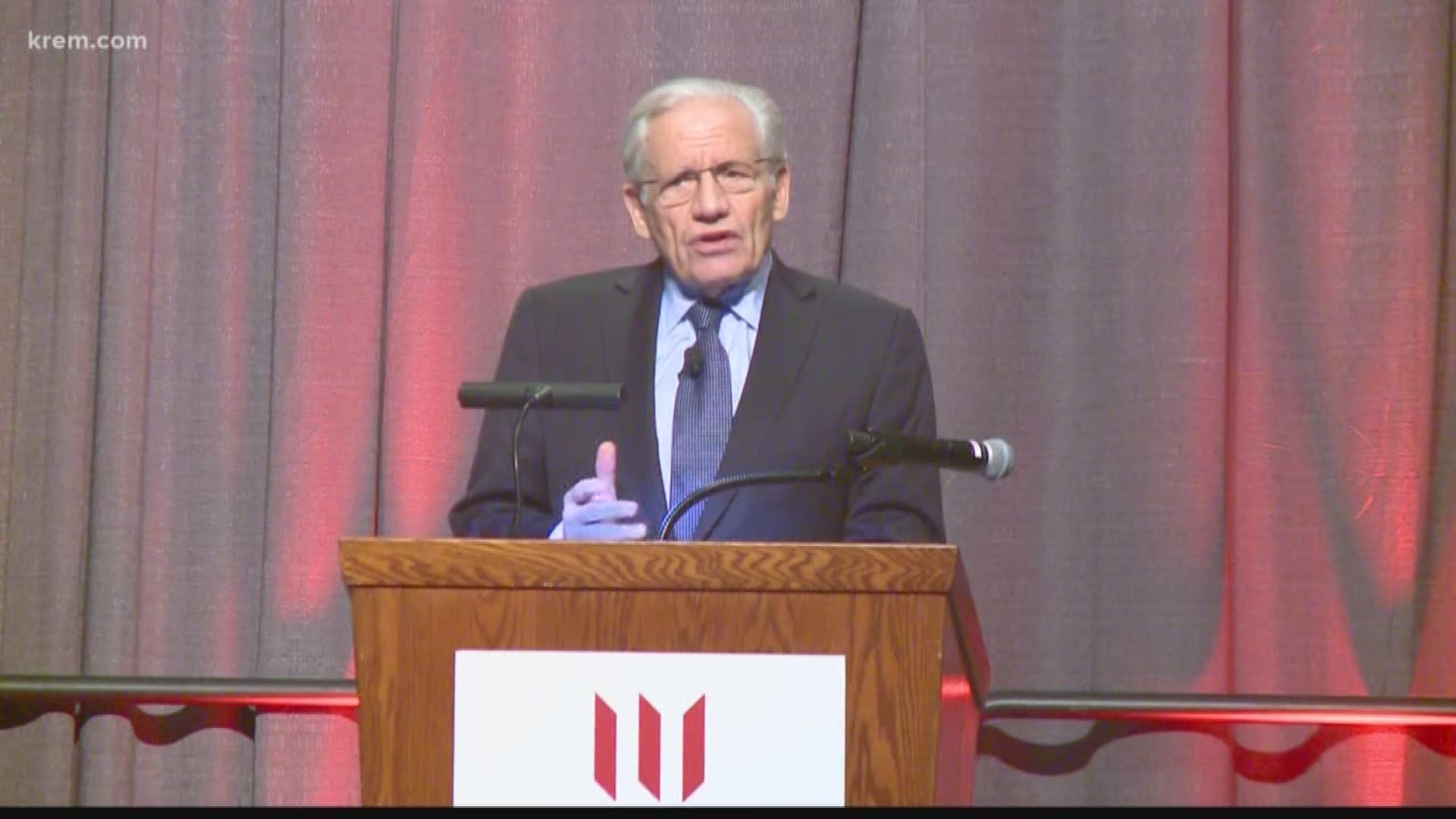 During his speech, the author and reporter talked about his experience covering the Watergate scandal and shared lessons he said are applicable in the current political climate.

“Have we forgotten the lessons of Watergate?” he said. “A lesson of Watergate is that the president must hold a political and moral authority in the country. No, these lessons aren’t partisan.”

He said that everyone should seek truth as an end result, no matter their party affiliation.

“If we can’t agree on what the facts are, how can we have a useful dialogue?” he said.

Woodward ended his message with one of the greatest lessons he said he learned throughout his years of reporting.

“Facts matter. You never get them all. I always talk about the best obtainable version of the facts,” he said.

RELATED: Imprisoned journalist returns to family in Spokane after 18 years