Five more cases of measles were announced in western Washington this week. One of the cases is linked to Issaquah High School, which was closed Thursday for a staff immunization check. 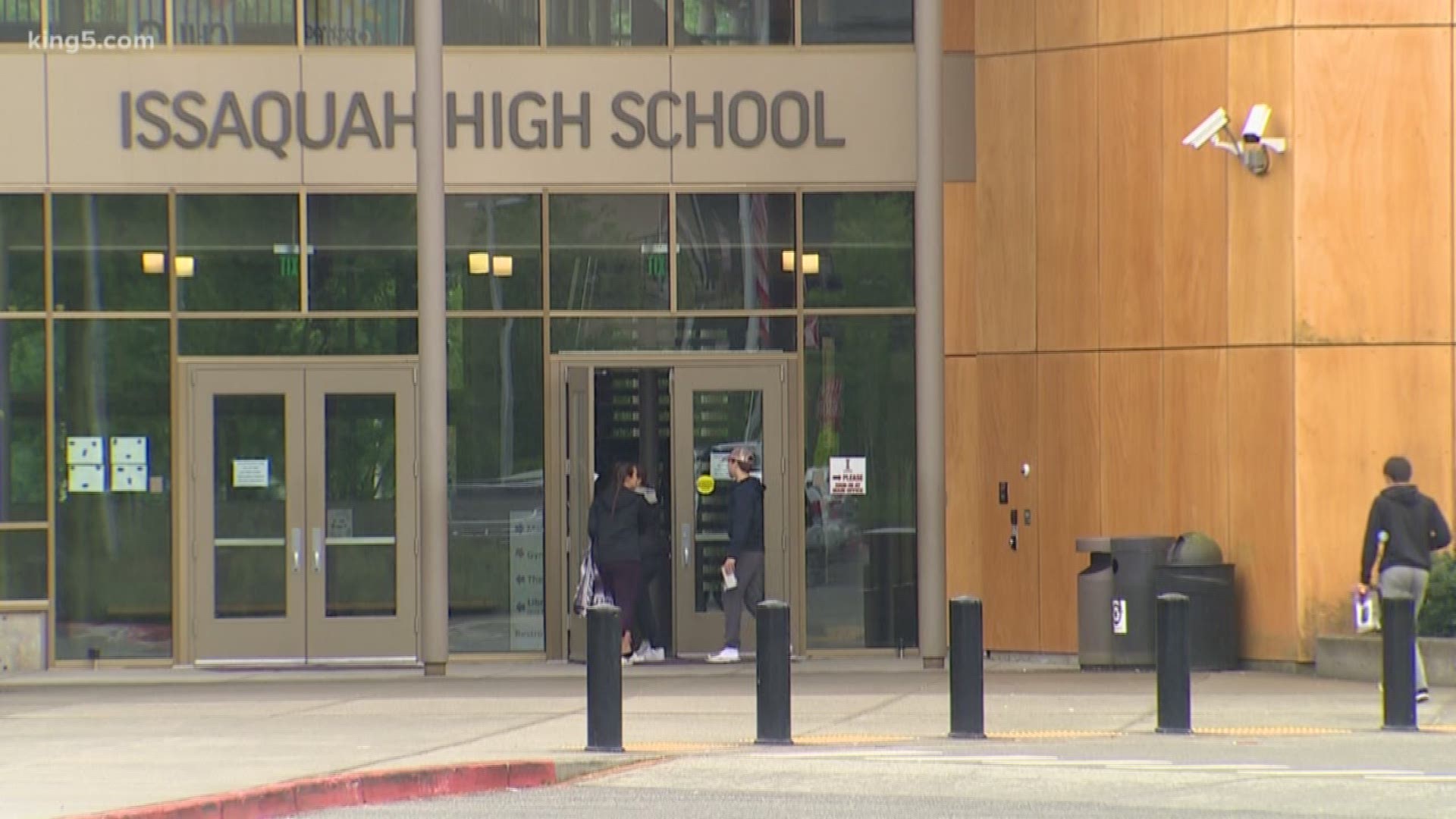 Issaquah High School resumes classes Friday after a one-day closure to check if staff members were vaccinated or immune against the measles virus.

An employee at the school is one of five new measles cases in western Washington this week. The Issaquah School District said they had immunization proof from all students, but needed to verify the status of employees. Enough employees were cleared Thursday for the Friday go-ahead.

The district has 25 substitutes standing by for Friday, pending how many employees cannot produce records by the start of classes.

District director of communications L. Michelle explained the district does ask new hires to complete a form certifying they've received MMR and and TDAP vaccines. The form warns that in the event of an outbreak, non-immune staff may be excluded from school.

"We can't make it a condition of employment," Michelle said. "We're just following state law, so we ask." 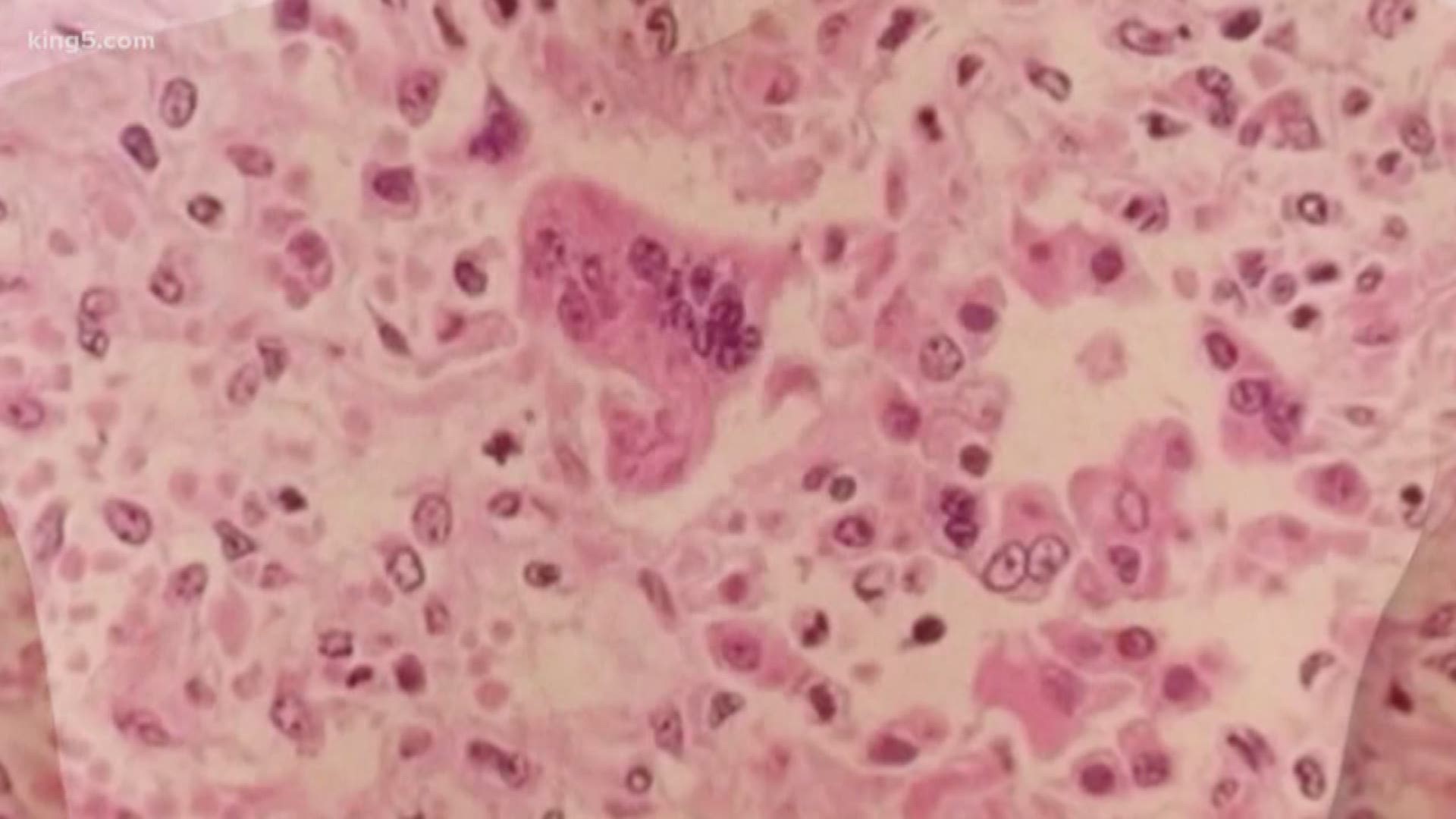 She noted the district will consider voluntarily collecting records going forward, to prevent another closure while staff locate the documents.

Though classes will resume, students that cannot prove immunity will be kept away from school until May 31.

Seattle Public Schools, which has not been impacted by the current measles outbreak, outlined a similar policy in a blog post.

"If a case is reported at one of our schools, the King County Department of Health has the authority to exclude the infected student or staff, as well as students and staff who do not have proof of immunizations from school," SPS wrote.

Another school is also involved in the May measles outbreak. A student diagnosed with measles attends North Creek High School in Bothell.

The Northshore School District reports that nearly 99 percent of North Creek students have the measles, mumps, and rubella vaccine (known as MMR). There are 10 students without proof of immunization who will be excluded from school until June 3, barring any additional confirmed cases.

RELATED: Most Washington schools are failing to meet state's target for vaccinations

Last weekend, the Washington State Department of Health announced a Pierce County man was diagnosed with measles. On Wednesday, the department announced four additional cases in western Washington, bringing the number of current and confirmed cases to five.

The five cases include two women in King County, the student in Snohomish County, and a man in Pierce County. Only one case required hospitalization, according to State Health Officer Kathy Lofy.

A sixth case from Puget Sound was announced in April when a tourist visited several well-known spots in Seattle. Health officials said the man with measles visited the Seattle area between April 21-28.

One common possible exposure site between the patients is Sea-Tac International Airport. Other possible measles exposure sites Seattle and Mill Creek restaurants, grocery stores, and shopping centers between May 5 and 12.

Measles is highly contagious and causes fever, rash, cough, and watery eyes. Symptoms can begin seven to 21 days after exposure, and is contagious from about four days before the rash appears to four days after it ends.

The disease can be prevented with the MMR vaccine. In two doses, the vaccine is over 95 percent effective at preventing measles.

In April, Northwest health officials declared a measles outbreak that sickened more than 70 people was over after six weeks passed without a new infection in southwest Washington state, said Dr. Alan Melnick, head of the Clark County public health department.

That outbreak began in January when measles was confirmed in a child who had traveled from the Ukraine to the U.S. Authorities could not determine, however, that the child was the source of the outbreak.

It spread quickly among unvaccinated children: 93 percent of the cases were in people under 18 and 86 percent of patients were unvaccinated, while 14 percent had had just one dose of a two-dose series of shots or didn't know their vaccination status. One person was hospitalized.

The outbreak cost nearly $1 million and 19,000 hours of staffing time to contain and affected more than 50 public places including schools, hospitals, airports, stores and restaurants in Washington and Oregon, officials said.

Lofy said officials don't believe the new outbreak is related to the one in Clark County, at least in part because most of those cases occurred in children while these cases so far mostly involve adults.

"Given that it's throughout the country, we're not surprised that we've had a new introduction in our state," she said.

The people with measles visited several public places while infectious, Lofy said, and she expects to see additional cases in this outbreak.

"The bottom line is that everyone really needs to check on their immunizations because we need a high rate of immunization to keep this from spreading," Lofy said.

County health officials said they are working to determine all the sites each person visited while contagious.

Washington state this year passed a law ending personal or philosophical exemptions for the combined measles, mumps and rubella vaccine. A similar effort failed in Oregon.

U.S. health officials said this week that this year's count of measles cases surpassed 800, a growing tally that is already the nation's highest in 25 years.

Nearly two dozen states have reported cases this year, according to the U.S. Centers for Disease Control and Prevention. The vast majority of illnesses have been in New York — most of them among unvaccinated people in Orthodox Jewish communities.

Measles was once common in the U.S. but gradually became rare after vaccination campaigns that started in the 1960's.