Here are the schools that are closed in the Spokane, Mead School Districts Friday

Select schools in the Spokane and Mead School districts will not be holding classes Friday. The Medical Lake School District remains closed. 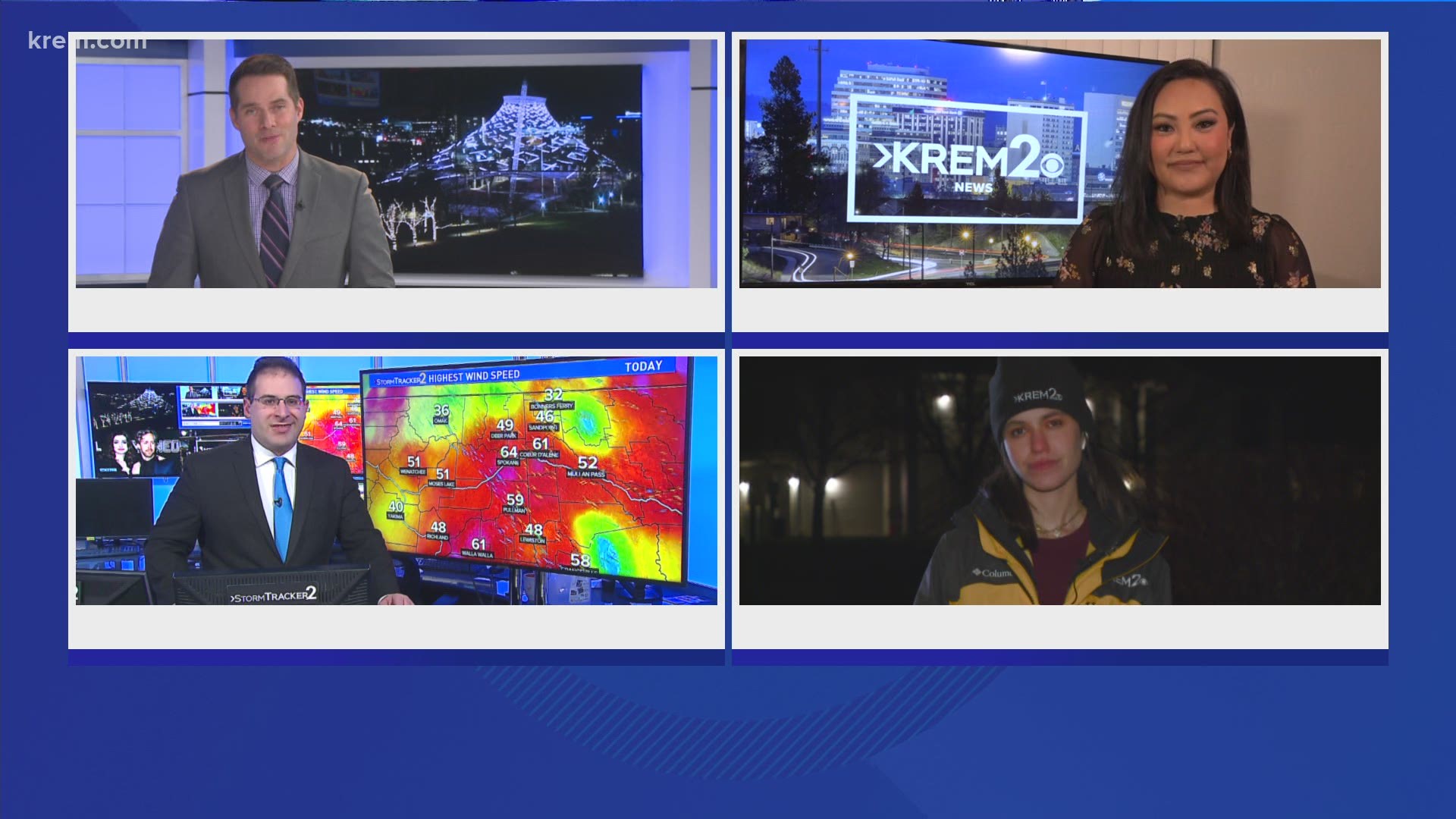 SPOKANE, Wash. — Some schools in the Spokane and Mead School Districts will remain closed, or closed for in-person learning Friday due to ongoing power outages in the Inland Northwest.

Evergreen Elementary in Mead remains closed for in-person learning because there is no power at the building. The school will resume classes online, but absences will be excused for families who are still without power.

In the Spokane Public School District, Roosevelt and Whitman Elementary Schools will remain closed for in-person and distance learning Friday due to ongoing power outages in the area.

Bemiss and Whitman Elementary Schools are operating as normal, along with all other schools in the Spokane District.

This comes after SPS had canceled all classes for two days following a destructive windstorm on Wednesday.

However, a decision for Whitman, Bemiss, Wilson, and Roosevelt Elementary Schools will be made by 6 a.m. Friday due to continued power outages in the area, according to SPS. Absences for that feel it is unsafe for students to attend class or are unable to participate in distance learning due to power outages will be excused, according to the district.

Couer d'Alene Public Schools has said that most district schools will reopen on Friday, with the exception of Venture High School and Hayden Meadows Elementary School.

The closures of Venture High School and Hayden Meadows Elementary School comes as the district is still working to get power back on in the buildings.

Schools across the Inland Northwest canceled classes for the second day on Thursday after a deadly windstorm wiped out power to tens of thousands of people.

Spokane Public Schools and the Medical Lake School District announced classes would be canceled again on Thursday, including remote learning.

SPS made the announcement on Wednesday night, saying, "Due to widespread outages, schools still without power, and dangerous conditions caused by downed power lines and trees, all Spokane Public Schools in-person and distance learning classes are canceled for Thursday, Jan. 14. Express childcare, day camps, and special education classes and transportation are also canceled. Meal kit distribution has been rescheduled to Friday, Jan. 15. Information will be coming soon regarding how the missed school days will be made up."

Cheney Public Schools is also closed for in-person and online learning on Thursday, as Snowdon and Windsor Elementary Schools and Westwood Middle School remain without power. The district said it is planning to return to its regular schedule on Friday morning as power is hopefully restored throughout much of the region.

Evergreen Elementary School in the Mead School District is still without power on Thursday and shifting to online learning. Absences are excused for anyone without internet access or power.

School is resuming for Central Valley School District students on Thursday but those without power can call their school for an excused absence.

Coeur d'Alene Public Schools also announced on Thursday morning that it would be closed due to "ongoing power outage issues."

Two people were killed by fallen trees during the windstorm on Wednesday. The storm also led to power outages for tens of thousands of people across the Inland Northwest, some of which could last for multiple days.

Downed trees also crashed into homes in Spokane and North Idaho. The City of Spokane reported 130 fallen trees at parks in the area alone.

A 71-mph gust recorded at the Spokane International Airport made the 2021 windstorm as strong as the historic storm in 2015 that led Washington Gov. Jay Inslee to declare a state of emergency. The storm killed two people and left 200,000 people without power for days.