One ingredient in e-juices is called, Propylene Glycol, it's also found in things like your lotions, shampoos and even anti-freeze. 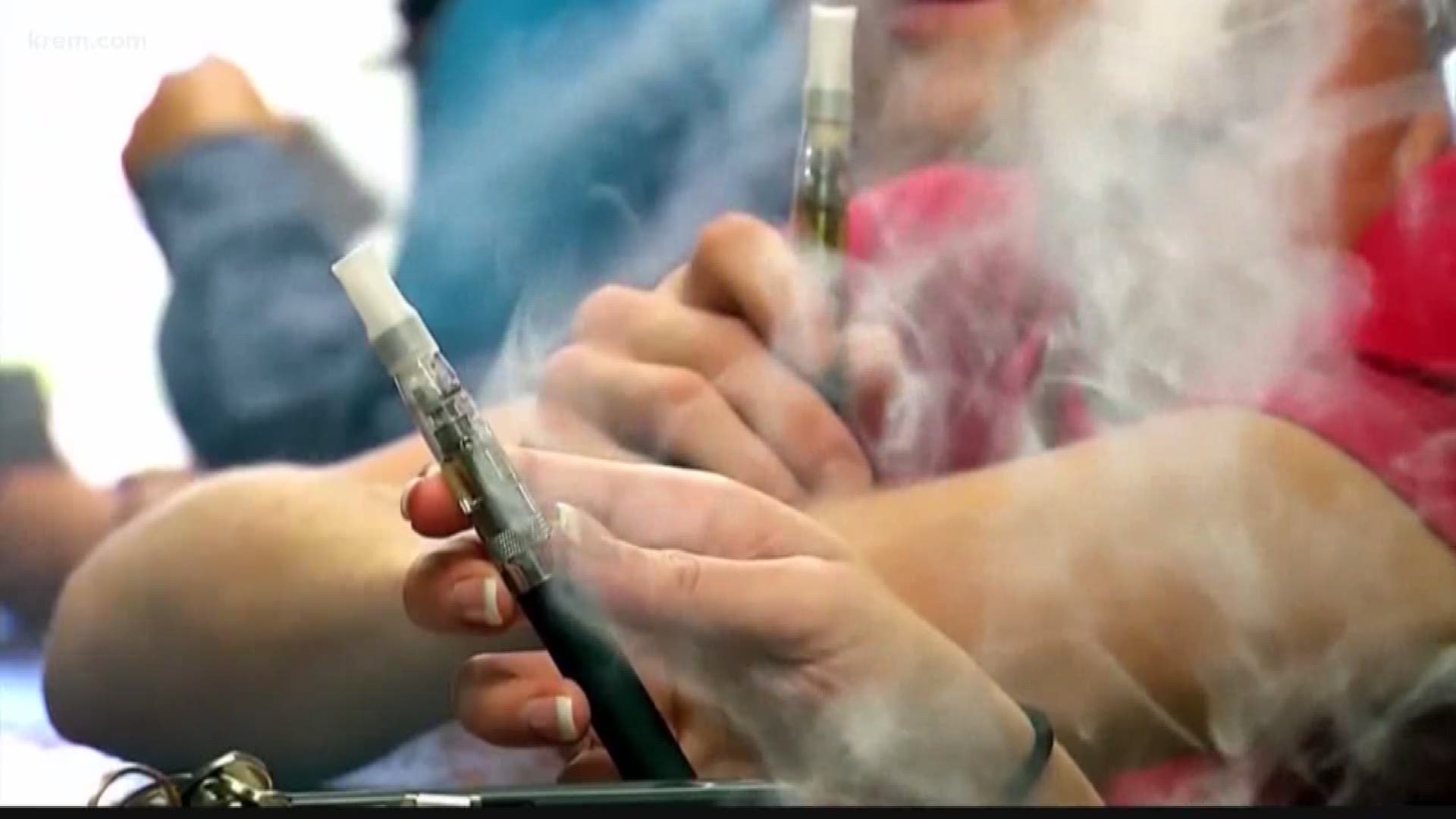 We know how vaping devices work, but what about the ingredients inside the "e-juices"? The president's proposed ban directly targets the liquids, not the devices themselves.

Some of the ingredients in e-juices might be in other products you use every day. One of them is called, Propylene Glycol, it's also found in things like your lotions, shampoos and even anti-freeze.

There are three main ingredients in most e-juices, obviously the main one is nicotine. There's usually food grade flavorings, and Propylene Glycol and/or Vegetable Glycerin.

RELATED: Trump to propose ban on flavorings used in e-cigarettes

At WSU's Department of Pharmaceutical Sciences, Professors Phillip Lazarus and Travis Denton along with a team, studies how people metabolize tobacco and conducts cancer prevention research. News of illnesses and deaths from vaping is alarming to them.

"The question is, are there differences between products? Which is why you're seeing only a few kids and not every body," Lazarus said.

Aside from nicotine, Propylene Glycol is a common ingredient used to make the liquid thick. It's considered generally recognized as safe (GRAS) by the FDA if used properly.

"That's one of the ingredients they put in there to make it thick so you can do tricks with it and that's one of the biggest problems with vaping that I see, is it's targeting a demographic," Denton said.

Denton said the Proplyne Glycole might not be so safe if it's heated and inhaled into your lungs.

Propylene Glycol might not be to blame, investigators are looking into ingredients added to juices sold on the black market or online.

Professor Lazarus said if you do use a vaping device you should do your research on what's on the label.

"Purchase known products that are known on the market, don't just buy things that are online because you never know what's in there," he explained.

With that being said, nicotine is the main addictive part of the juices. It's why health officials only recommend vaping if people are using it to legitimately kick the habit.