Under the program, anglers are encouraged to catch the fish, remove the heads, and deposit the heads in IDFG freezer locations in Kootenai and Bonner Counties. 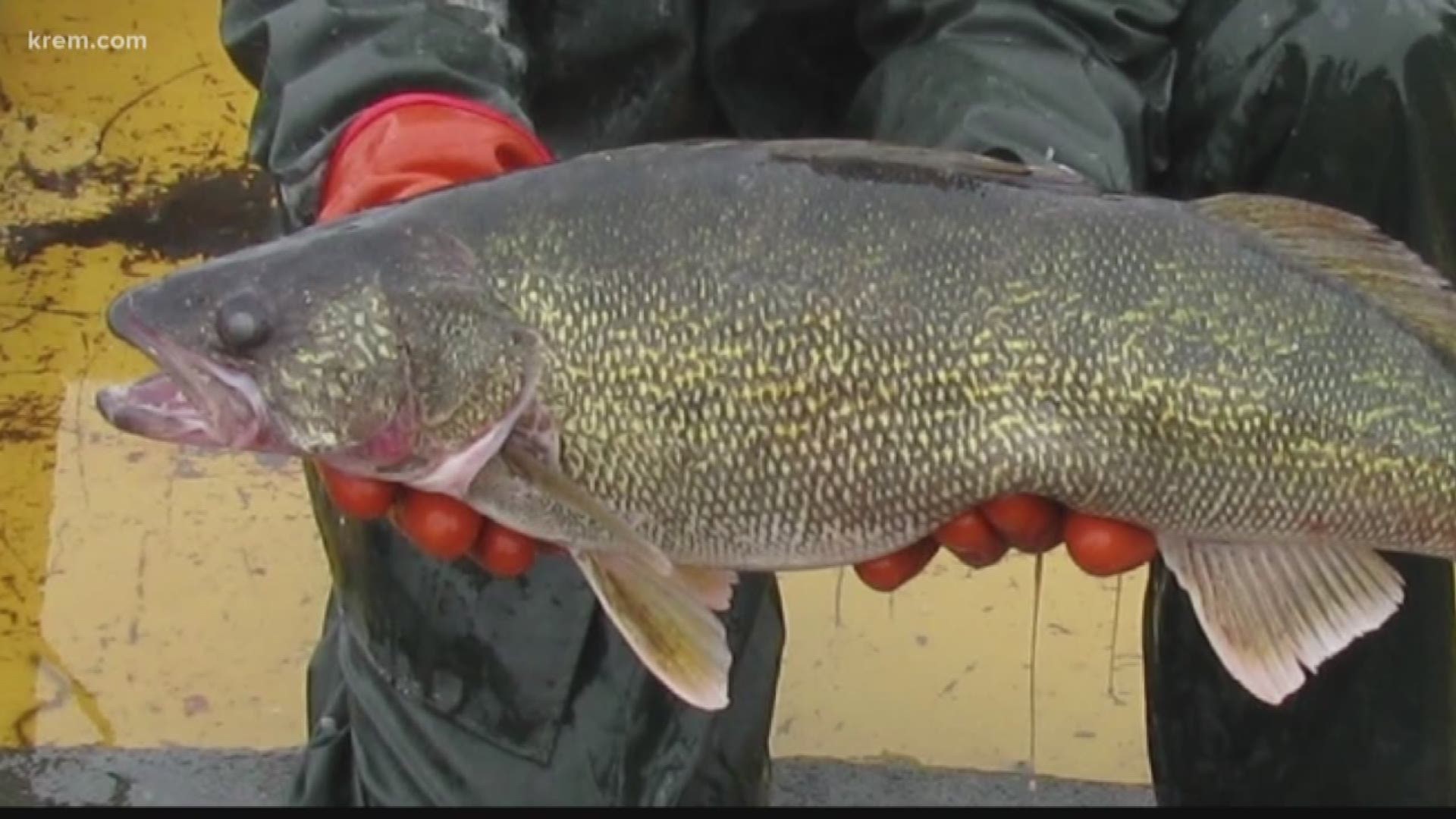 Since launching an experimental program earlier this year aimed at reducing populations of the non-native fish, around 750 walleye have been removed from the lake, according to Idaho Fish and Game. None of the removed fish, however, contained small tags worth $1,000 as an incentive.

IDFG previously injected the tags into the snouts of 50 walleye before returning them to Lake Pend Oreille. Under the program, anglers are encouraged to catch the fish, remove the heads, and deposit the heads in various IDFG freezer locations in Kootenai and Bonner Counties. Since the tags aren’t visible to the naked eye, people who catch walleye aren’t initially sure whether they’ve caught one. If IDFG finds a tag while examining the heads, the appropriate angler who caught the fish will be rewarded with $1,000.

That has yet to happen, though.

Pete Rust, a senior fishery research biologist with IDFG, admitted that the agency was “somewhat surprised” that no one had turned in one of the 50 tagged walleye yet. The agency didn’t have specific expectations how many tagged fish would initially be caught, though.

750 walleye heads were turned in through mid-September,  however, showing that the program is working, Rust said.

In addition to the possibility of catching a $1,000 fish, each non-tagged walleye head turned in enters anglers into a monthly drawing for ten $100 cash prizes. According to Rust, that lottery has distributed $5,000 to anglers so far.

IDFG instituted the program in an effort to reduce walleye populations in Lake Pend Oreille. According to the agency, walleye eat kokanee and pose a threat to other sportfish populations in the lake. Walleye can also quickly reproduce.

IDFG believes walleye were illegally introduced into the Noxon Reservoir in the early 1990’s and migrated downstream into Idaho.  Despite being “essentially nonexistent” in the lake a decade ago, walleye numbers have increased in recent years.

Rust said IDFG plans to tag more walleye in the fall or the spring.

“The program is working in that we are encouraging folks to fish for walleye and maintain the fantastic fishery we have now,” Rust said in a message to KREM.

IDFG plans to perform an index netting in the fall of 2020 to observe how effective the incentive program and suppression netting efforts have been in regards to the walleye population.