"The antics of these three cubs playing together was too cute not to share," the Idaho Department of Fish and Game said. 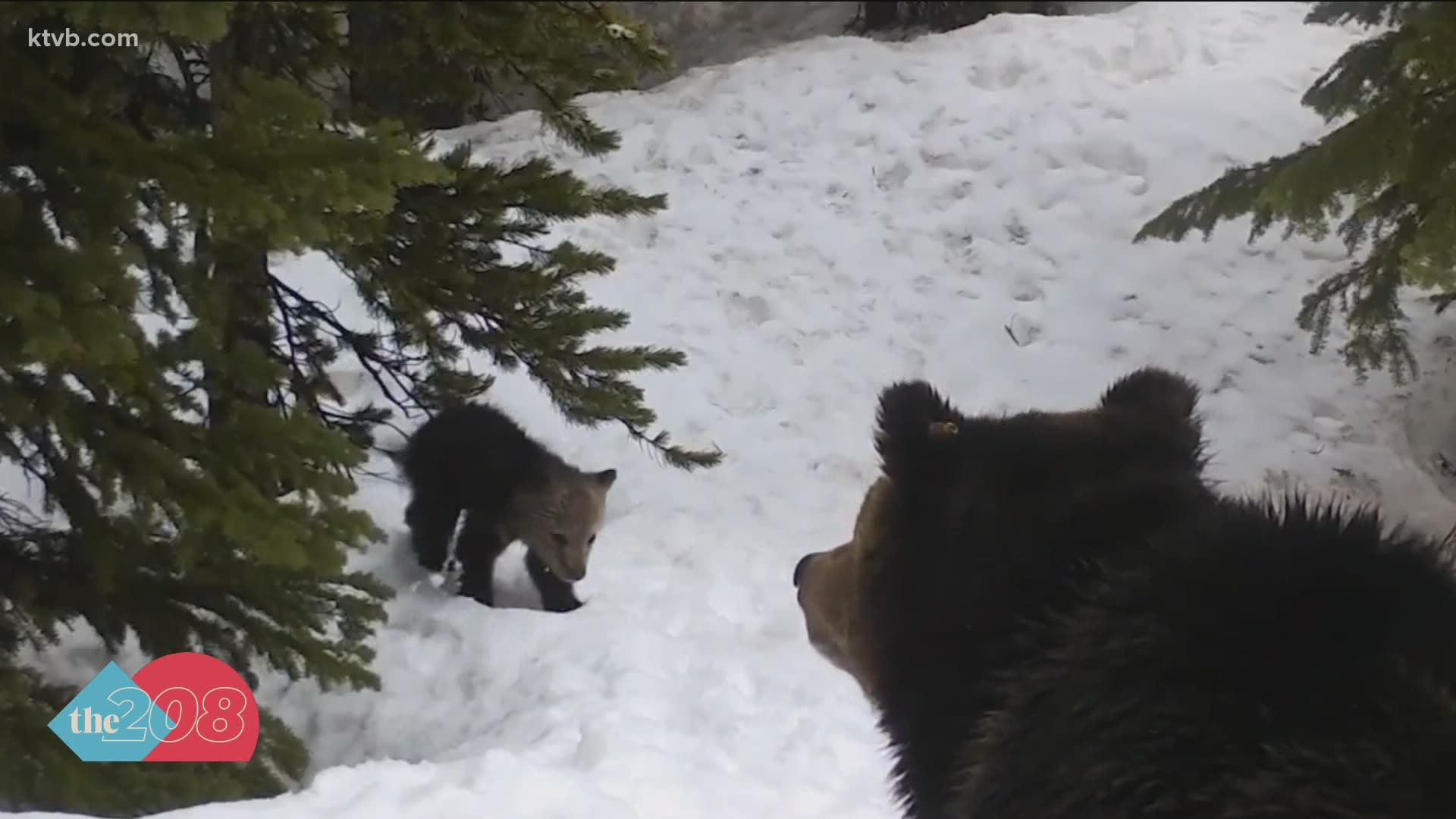 BOISE, Idaho — Video posted to YouTube by the Idaho Department of Fish and Game shows a female grizzly bear emerging from her den with her cubs in tow.

The bear was caught on a game camera in the Upper Snake region of eastern Idaho as she and her cubs woke from hibernation in late April.

"The antics of these three cubs playing together was too cute not to share," IDFG said in a news release. "Watch as they wrestle together and learn just how far they can push mom’s limits as she watches over them."

The mother bear in the video is shown wearing a GPS collar. Every year Idaho Fish and Game biologists place GPS collars on grizzly bears to learn about their reproduction, survival, and distribution across the ecosystem.