The trooper was investigating a crash on Highway 53 when he was struck by an oncoming vehicle. 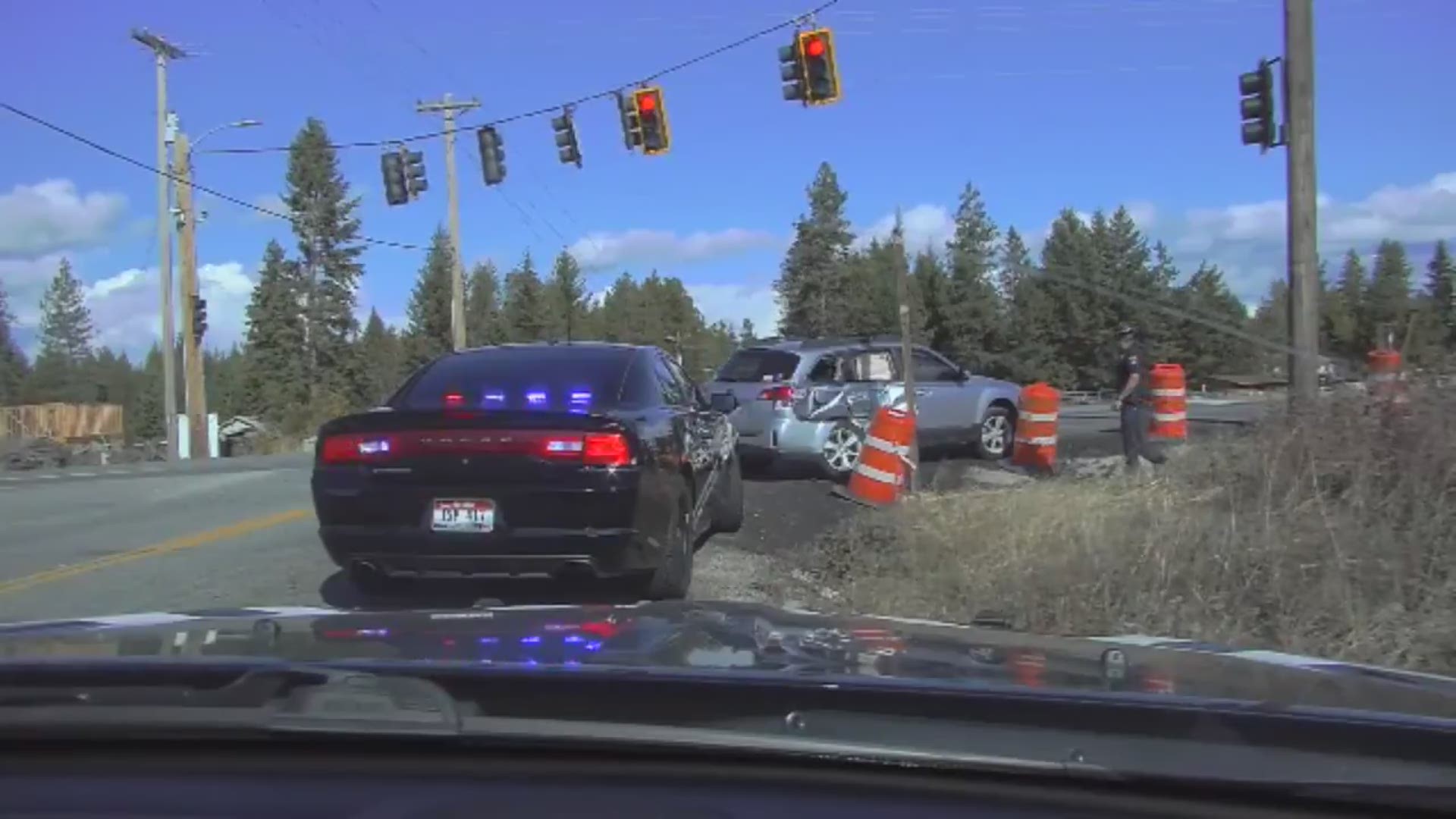 KOOTENAI COUNTY, Idaho — Idaho State Police shared dramatic video of a trooper who was struck by a car while investigating a crash as a reminder for drivers to slow down and move over when approaching emergency vehicles.

Trooper Llerenas was struck on Highway 53 and Ramsey Road near Rathdrum while investigating a crash last week, police said. Luckily, he was not injured.

The video shows the trooper walking around a wrecked vehicle on the road before a flat truck barreled toward him.

The video shows the truck smashing into the wrecked car, sending it flying into the trooper as he runs backwards to avoid being crushed.

A man then sprinted toward the trooper, calling, "Are you OK? Are you alright?"

Watch video of the crash here

New laws approved by the Idaho State Legislature in July expanded the “move over” law.

Motorists must slow down and move over when approaching tow trucks and Idaho Transportation Department maintenance vehicles responding to roadside emergencies. The law already applied to police vehicles and other emergency responder vehicles.

The expansion of the law also extends protections to maintenance workers removing tires, animal carcasses or other objects from the road.

Violators could face a $90 citation.

In August, a maintenance crew narrowly escaped injury when a vehicle crashed into their work zone at the Hamilton I-90 off-ramp in Spokane.

A vehicle traveling at a high speed crashed into the barrier and a pre-warning sign, alerting workers to jump over the barrier to avoid the car hitting their work truck.

The driver was taken into custody for DUI after a foot chase.