The plan includes $169 million in income tax cuts for individuals and corporations and a $220 million rebate to Idaho residents who paid income taxes for 2019. 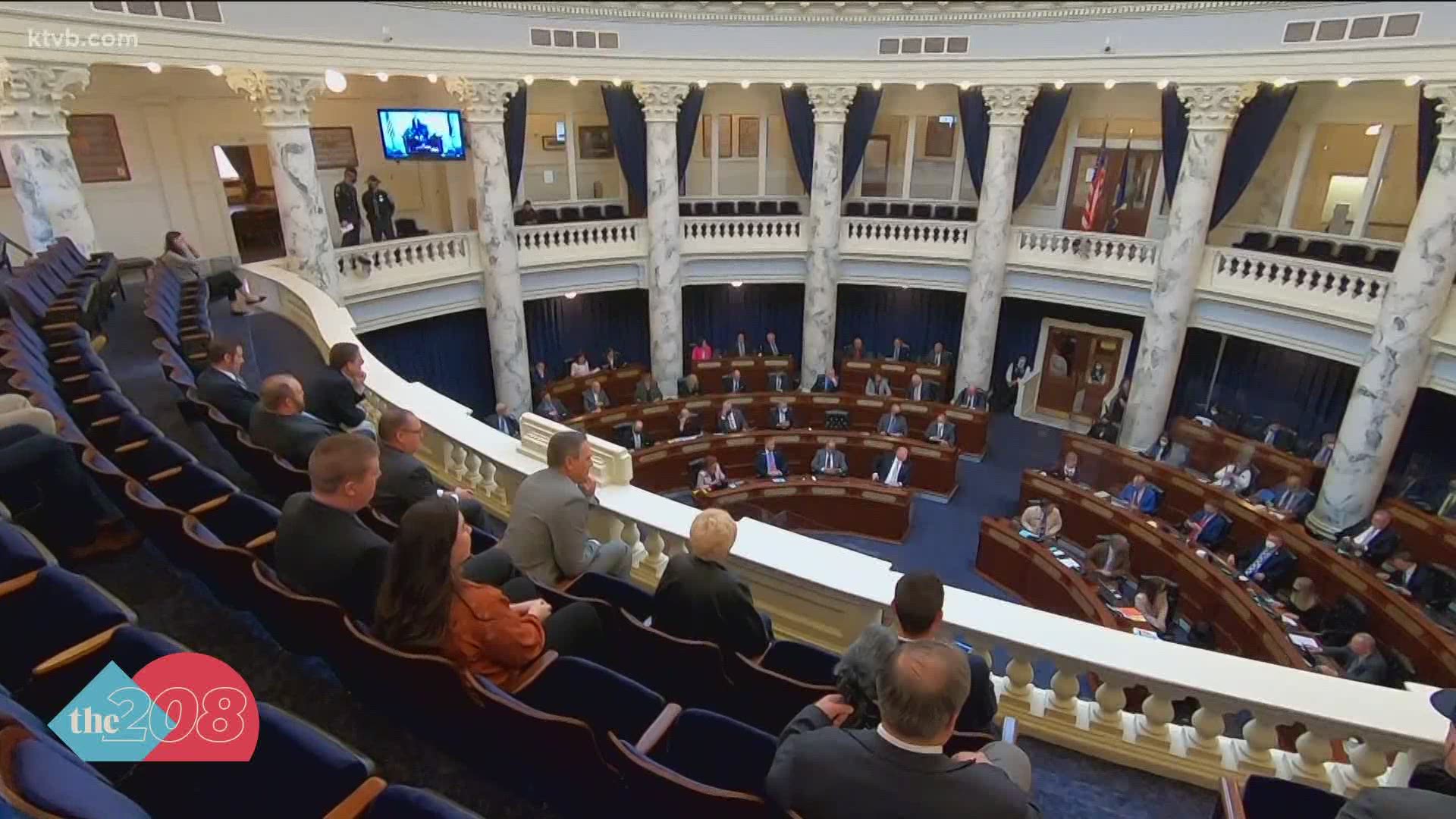 BOISE, Idaho — The Idaho House has approved a massive income tax cut backers say provides much-needed relief but opponents say is a giveaway to the rich that will result in long-lasting harm.

Lawmakers voted 58-12 on Wednesday, with all Democratic lawmakers opposed, to send the bill to the Senate.

The new Idaho tax-cut plan aims to cut all income tax brackets, setting the top individual and corporate tax bracket to 6.5%. The bill is supported by Republicans who say they are looking to give Idahoans their money back while also leveling the playing field with other states.

“I think that the Idaho income tax rate relative to other states is too high," said Republican Rep. David Cannon of Blackfoot. "I think it is important that we get it lower, more in line, more competitive with other states."

The bill also provides a one-time sales tax/income tax rebate, returning $220 million to Idaho taxpayers. A rebate check would be sent to 2020 personal income tax filers providing a minimum amount of $50 for each taxpayer and dependent or 9% of income taxes paid in 2019, whichever is greater.

“The bill before us is not what Idahoans are asking for because it doesn’t provide much benefit to most Idahoans and certainly not to those who need it," said Rep. Lauren Necochea, a Democrat from Boise.

“We have years of research on deep tax cuts benefitting the wealthy and we see that this does not create more jobs or economic growth," Necochea said.

House Republicans argue that the cut and rebate simply gives back what Idahoans put in and that some Idahoans have paid more in taxes and deserve more back.

“As far as the size of the rebate, Mr. Speaker, if you and I were both to go and buy something from the local department store and I were to spend $25 dollars and you were to spend $300 and we were both to demand a refund I couldn’t rightly be irritated that your refund was larger than mine when you spent more than me in the first place," said Caldwell Republican Rep. Greg Chaney during debate.

The Idaho Center For Fiscal Policy reports that the proposal would cost $389 million in its first year and about $169 million in the years after.

The continued costs of the bill would be paid for by the Idaho tax relief fund, which takes sales tax from online sales, as well as close to $60 million a year from the state’s general fund. Democrats argue that general fund and tax relief money could be better used on other areas like education.

“If this bill goes through and becomes a reality the money will be gone and it will be impossible for us potentially for many years, if not generations, for us to address the very essential needs that we believe Idahoans really want and value," said House Minority Leader Ilana Rubel.

Republicans argue the proposal is a solid tax cut plan.

“It’s called a tax relief fund for a very good reason and so we are using it for that appropriate purpose of providing tax relief," said Republican Rep. Steven Harris of Meridian.

Democrats believe there is simply a better way to use resources.

“The $390 million price tag on this bill could have been used to either eliminate the sales tax on groceries or buy down a considerable amount of our property taxes or increase property tax assistance," Necochea said.