'He will be well cared for': Elliot the Elk finds new home in Texas

Idaho Fish and Game had tried to reintroduce the friendly elk to the wild, but he sought out humans, spending five days with a group of hunters at their camp. 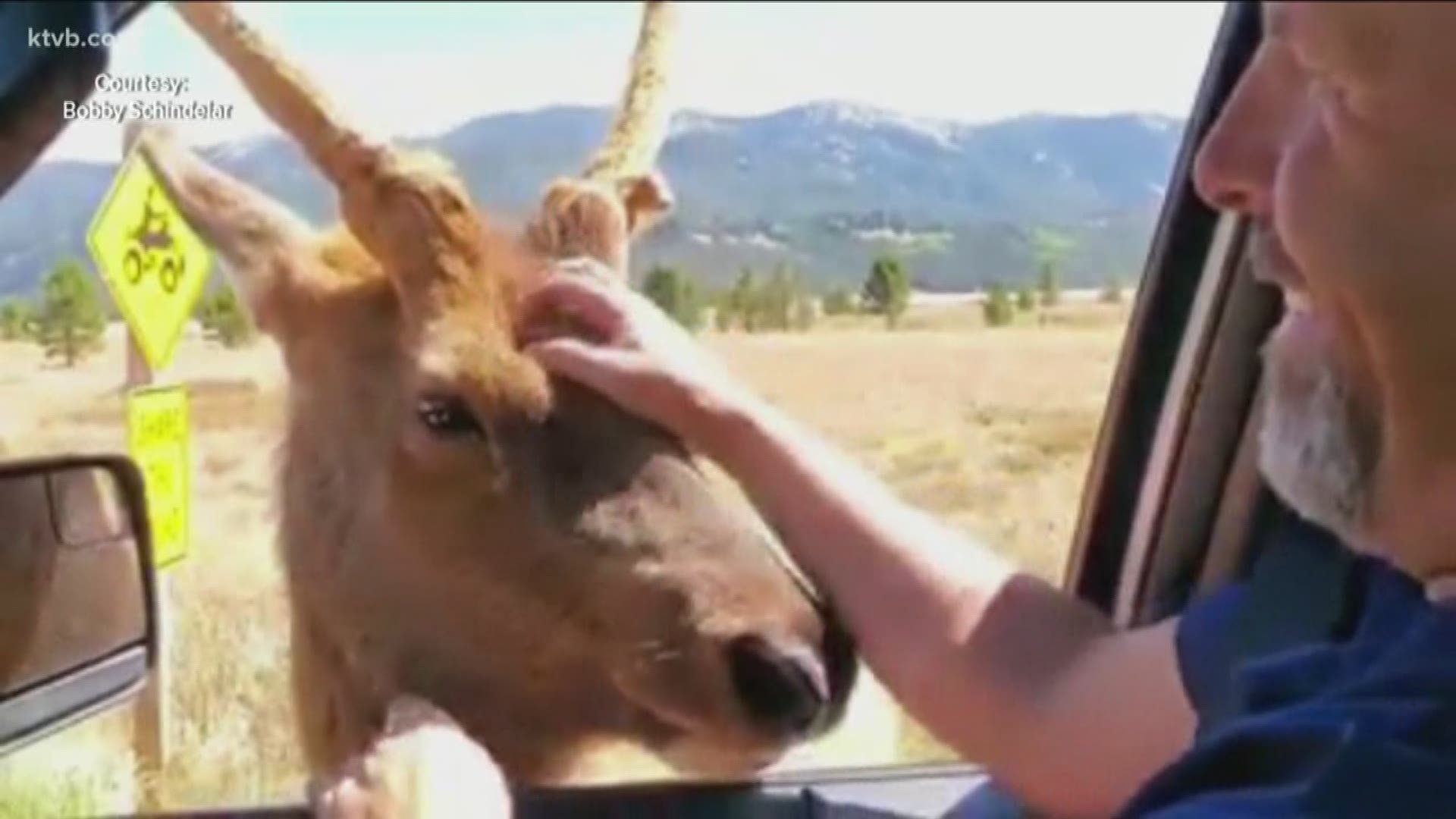 BOISE, Idaho — Elliot the Elk is on his way to his new forever home in Texas.

The Idaho Department of Fish and Game announced that the 400-pound bull elk left early Thursday morning, bound for Texas A&M University where he will become part of the school's wildlife management and veterinarian programs.

"Of the alternatives available, A&M was the best place for this elk to land," Fish and Game wildlife veterinarian Dr. Mark Drew said in a statement. "He will be well cared for and enjoy a good life at this world-class facility."

Idaho officials had to overcome a lot of red tape to get Elliot to Texas, including brucella and tuberculosis testing, chronic wasting disease certification, veterinary visits, transport and import permits and USDA Veterinary Services approval from Washington D.C.

The elk was illegally removed from the wild in the spring of 2018 and raised in captivity by a family in the Sweet area.

According to Fish and Game, Elliot became a potential safety risk to the community of Sweet this summer as he roamed the streets and showed no fear of humans.

He was captured and released in Bear Valley with the hope that he would join a wild elk herd in the area. Instead, he sought out humans, spending five days with a group of hunters at their camp.

Credit: Trevor Chadwick
Elliot the Elk recently made friends with some campers in the Bear Valley area before being taken safely into custody by Idaho Fish and Game.

Elliot was recaptured, and has spent the last six weeks at a Fish and Game facility while officials looked for a permanent home for him.

"This young bull elk is in a good place now," Drew said.

RELATED: Friendly elk back in captivity weeks after being relocated to prime hunting area