This variant isn't more deadly than the current COVID-19 variant plaguing the U.S., but experts say it is far more contagious and presents new vaccine challenges. 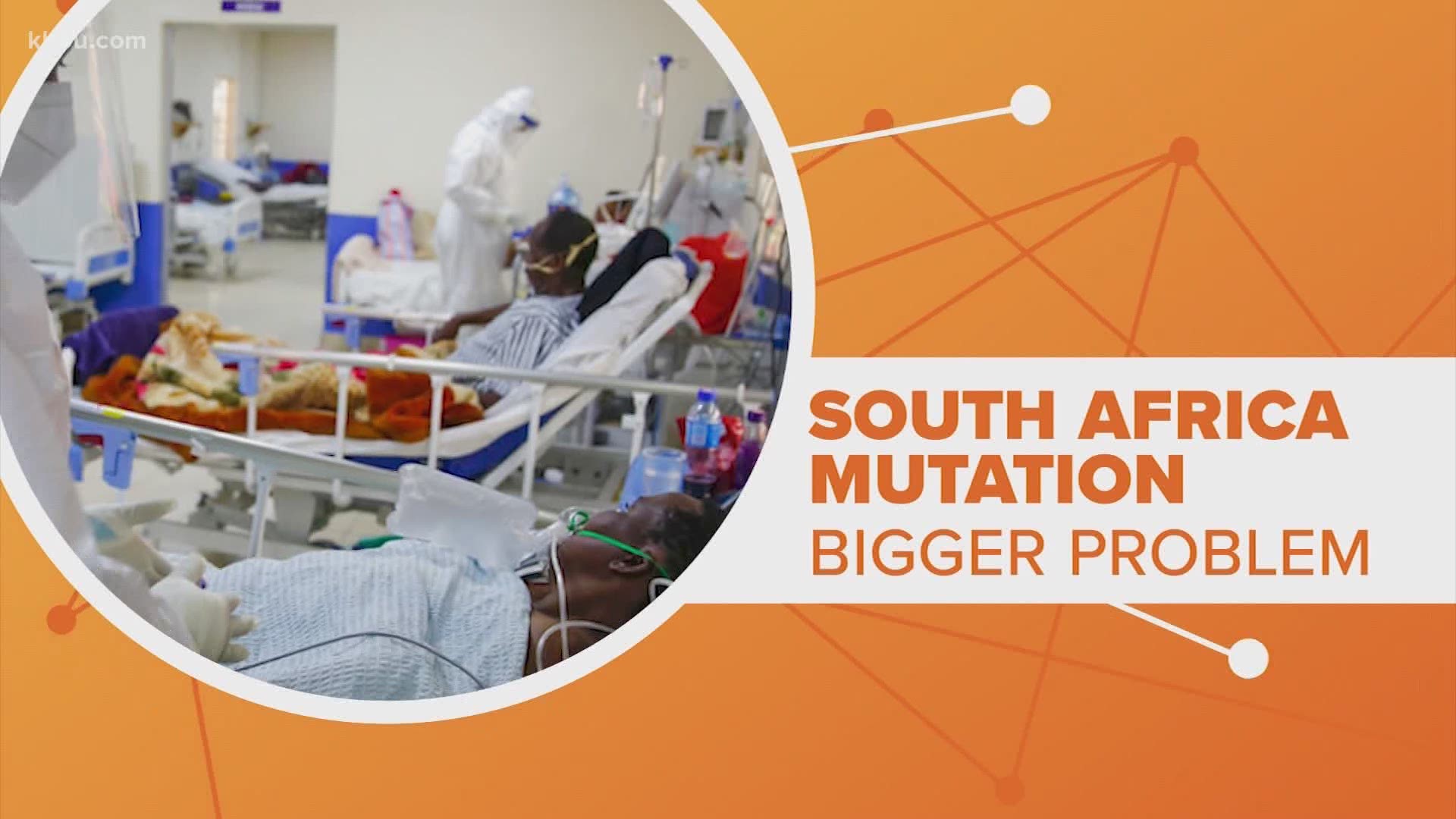 A variant of the coronavirus in the United Kingdom has sparked concerns around the world, but it is not the only COVID-19 mutation that could be a problem.

There are new warnings about a South African variant that could cause trouble.

Britain is struggling with a rise of coronavirus cases right now, and experts say its driven in part by a variant of coronavirus discovered in England.

While it is not a more deadly form of the virus, it is believed to be more contagious and could lead to a surge in cases.

Currently, Britain has stopped flights from South Africa, citing a new variant in that country. Britain's healthy secretary called South Africa's variant even more of a problem than the UK one.

So what is the concern? Changes to the genetic makeup of a virus are normal. Like the UK variant, the South African one appears to spread rapidly. Doctors in South Africa found it was the dominant variant in several regions of the country just a few weeks after it surfaced. It is not clear though whether it produces more severe cases of the virus.

And while countries are trying to stop the spread, cases have already been found in Austria, Norway, the UK and japan.

Here's the real concern: the South African variant is much more mutated than the UK version, making scientists concerned vaccines will not work against it.

More research needs to be done to see if that is the case.

If there is a problem with the vaccines, the team behind the Oxford shot said it is possible to adapt the vaccines for new mutations.