'They're friends of mine': Spokane veteran spends mornings with homeless residents

Ivan Brooks says he has spent time with the homeless population for 22 years. He takes the bus from Spokane Valley to New Community Church downtown most mornings. 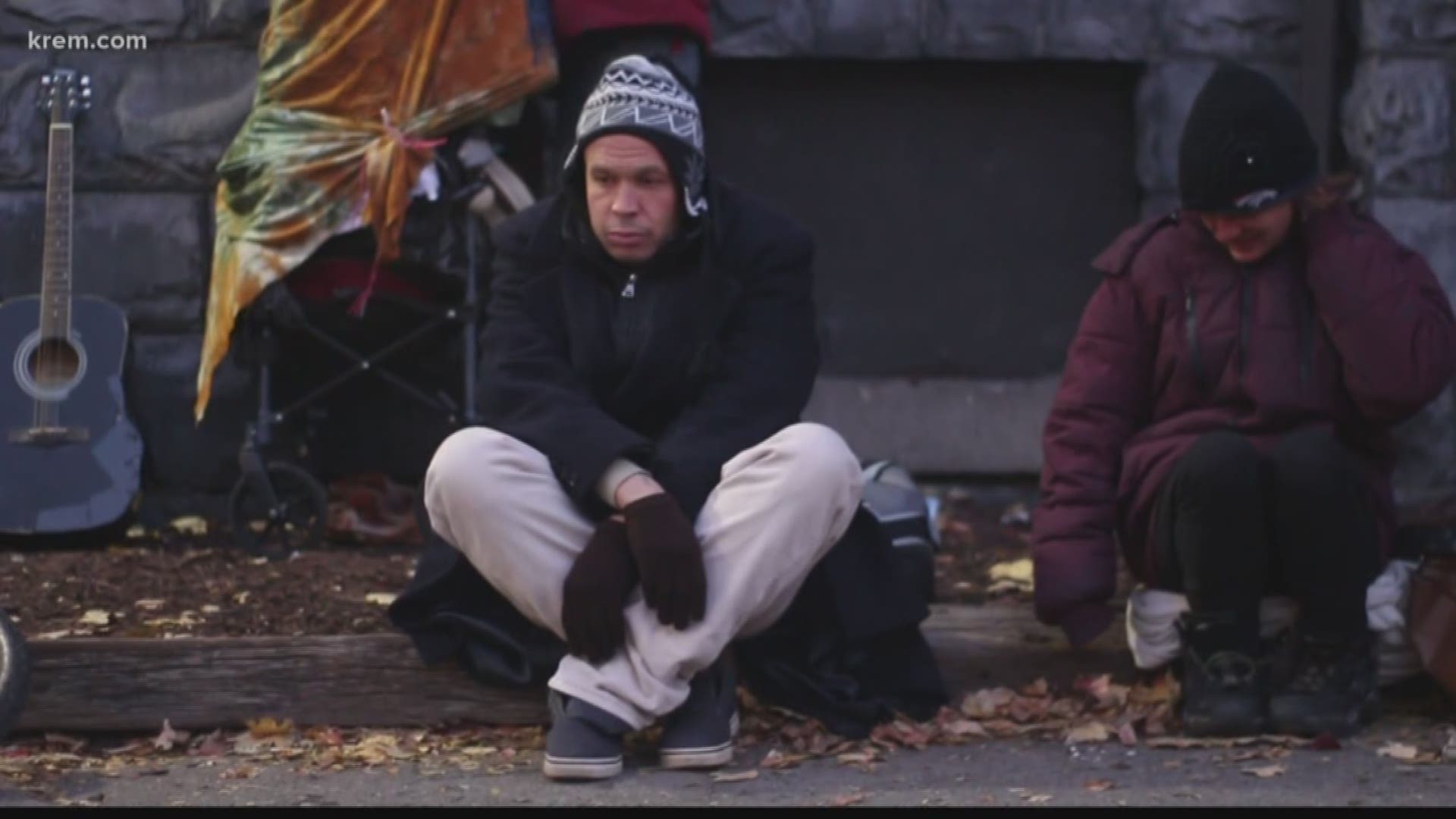 SPOKANE, Wash. — On a brisk Wednesday morning, Ivan Brooks stands alone at the 74 Mirabeau bus stop in Spokane Valley. He arrives at the stop most mornings 25 minutes early, rain or shine, to guarantee he makes it on the first bus to downtown.

The late October morning brought colder than normal temperatures, sitting at 17 degrees for most of the morning. But that didn't stop Brooks from waiting outside, layered with a large brown coat and his wooden cane in hand.

When the bus arrived, he boarded and sat in a front seat. He was headed to the New Community Church in downtown Spokane, where Shalom Ministries holds their free breakfast. His plan was to wait in line with the homeless community until breakfast was served.

"I've been associating myself with the homeless for about 22 years now. They're friends of mine," Brooks said.

While walking from the downtown bus stop to the church, Brooks pointed out many spots where people living on the streets tend to sleep.

He arrived at the church at 5:35 a.m., two hours before breakfast was set to begin.

When he got there, several people were sleeping on the steps, bundled under sleeping bags and tarps to stay warm in the sub-freezing temperatures.

"Usually when you camp in front of a church they go, 'Okay, no problems.' Plus there's cameras on the church," Brooks said.

The City of Spokane's 2019 Point in Time count found 1,309 people experiencing some form of homelessness. Of all the single adults counted, the survey found that almost one-third of them have experienced unsheltered homelessness.

Spokane resident Travis Musengo is one of those single adults. On the October morning KREM 2 was downtown, he was huddled on the side of the New Community church building inside a bright blue sleeping bag.

"More than anything I want my existence to not be criminalized," Musengo said. "I'm a human being and last I checked a U.S. citizen still, so I mean I have certain rights that just by way of being homeless don't really come into play."

He said he sleeps outside because he feels safer outside than at the shelters. Many of the people sleeping on the street that morning said they were afraid of the sexual assault and theft that happens in shelters.

Musengo moved to Spokane in 2006 with his then-wife because it was an affordable place for them to live.

"I went to college, and I mean I didn't become homeless until I was 40 years old," Musengo said.

He said before he became homeless he thought people experiencing homelessness were lazy. Now, he knows that is not the case.

After waiting outside for breakfast to start, the group of people were let into the church.

Before the volunteers started serving, Shalom Ministries Board of Directors President Diedre Jacobson said a prayer to the room. An encompassing "Amen" rang out at the end of the prayer before the clinking of utensils and chatter of friends started along with breakfast.

"The majority of our diners are respectful. They thank us for helping them. They are kind to each other. There are some who are not those things, but again that's a small percentage," Diedre said.

Diedre volunteers with Shalom Ministries every Wednesday morning. She said she has gotten to know a lot of the vulnerable population of Spokane.

"People are doing their best, but you know they have to play the hand they were dealt," she said.

Both Musengo and Brooks sat along side the dozens of other people eating the tater tots, gravy, oatmeal and orange slices served that morning.

The church stays open from 7:30 am to 8:30 a.m., giving the people living on the streets a bit of time to warm up before heading back outside for the day.

Musengo said he thinks that people experiencing homelessness are symptoms of the overarching problem of poverty.

As for Brooks, after breakfast he continues on his walk downtown to check up on the people he considers his friends.

"Poor, rich, whatever, you treat them as human beings," Brooks said. "What do we value? Who are we, and what are we as a society? I believe in doing the right thing and helping your community to be something."