The documentary aims to find solutions and to change the narrative around people experiencing homelessness. 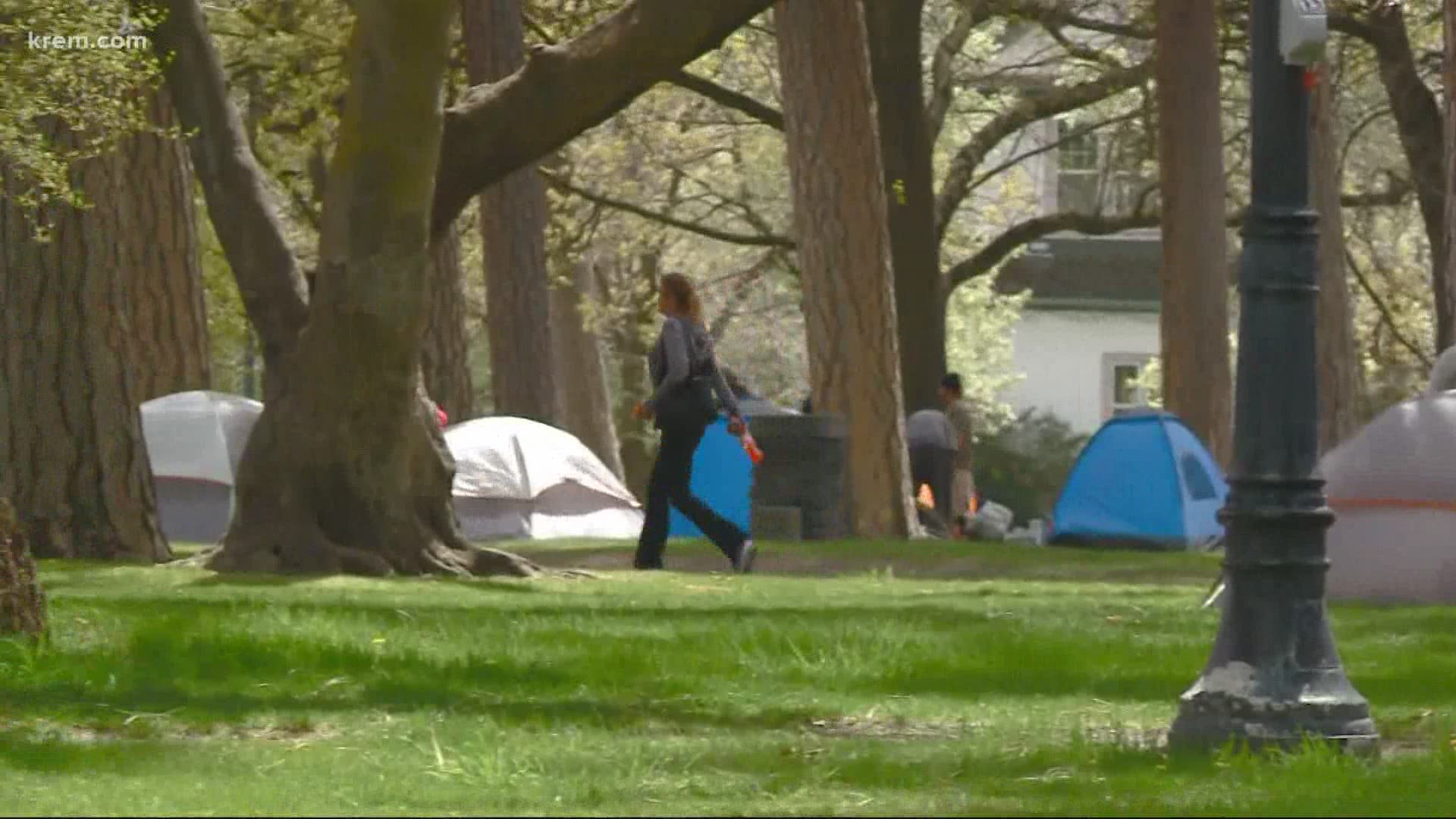 SPOKANE, Wash — A new documentary filmed in Spokane is focusing on the issues that homeless people face.

Filmmakers for ‘My Road Home’ have spent the last year venturing into homeless camps around the city trying to get an idea of their living conditions. Now, they’re ready to share what they’ve discovered.

“This area behind us was a homeless camp about three weeks ago,” explained Executive Director for Rising River Media, Maurice Smith.

Just minutes away from Kendall Yards is a field with concrete blocks that's now been cleared of camp belongings.

For the last year, Smith has filmed and documented these kinds of experiences throughout the county.

His mission is to shed light on an issue he believes is plaguing the community.

“When you get out and you actually meet the people, you’re actually filming it, learning their stories, you’re interacting with them. It becomes a life-changing experience,” Smith said.

Camping is considered a public disturbance that usually gets disbanded by law enforcement.

Shelters quickly fill up and many are left wondering where they’ll be able to safely sleep for the night.

“I think the first step in meaningfully addressing homelessness is for the city of Spokane to acknowledge that their plan is not as big as the problem,” he said.

As cooler weather approaches, outreach programs are concerned about the health of individuals that are homeless.

The documentary Smith is working on is a series that includes interviews with people out on the street and living these conditions.

“I don’t want to see people in a homeless shelter," Smith expressed. “I want to see them in their own apartment, in their own home. That’s where we need to go as a community. We need to get together and figure out how that’s going to happen.”

The documentary aims to change the narrative around people experiencing homelessness. Their goal is to get people talking about ways to improve conditions.

The Spokane Homeless Coalition will host a zoom meeting on Oct. 1 focusing on issues like no camp areas.

“A documentary is not going to solve homelessness in Spokane," he said. "Hopefully, our documentary will get people’s attention and will get them motivated and involved.”