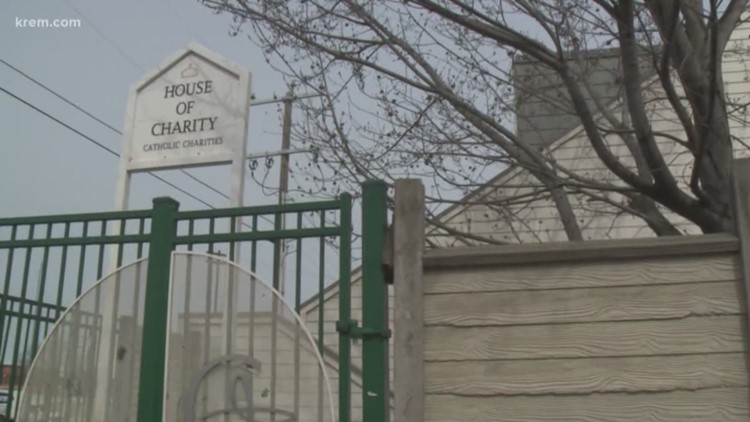 SPOKANE, Wash. — House of Charity, a homeless shelter run by Catholic Charities, is expanding its range of services for the homeless in response to freezing temperatures and an October snow storm.

The charity extended its day hours, and opened up an additional sleeping space for up to 60 men on its main floor which will continue until Saturday when nightly temperatures are expected to rise above freezing.

Normally, House of Charity is open from 7:30 a.m. to noon for day service, and again at 7 p.m. for emergency sleeping of men on the facility's second floor and up to 50 women on the main floor.

Emergency accommodations for the homeless are especially important this fall due to unseasonably cold weather, and only one available 24 hour warming shelter.

RELATED: Only one 24-hour warming shelter set to open this winter in Spokane

Assistant Director at the House of Charity Dena Carr said while the shelter hasn't had to turn anyone away during the cold snap, the services are clearly needed.

"We had zero beds available the first night that we did this, so the need is definitely there," Carr said.

Whether homeless individuals will have enough places to turn to as the temperatures drop into the winter remains undetermined, Carr said, as the city of Spokane has released no clear plans for opening additional warming centers.

"We're just doing this as a temporary stop gap while the city completes its plan," Carr said.