City of Spokane apologizes to warming center residents after eviction

Julie Garcia, the founder of a nonprofit that runs the warming center, said the city did not provide them with next steps for homeless residents. 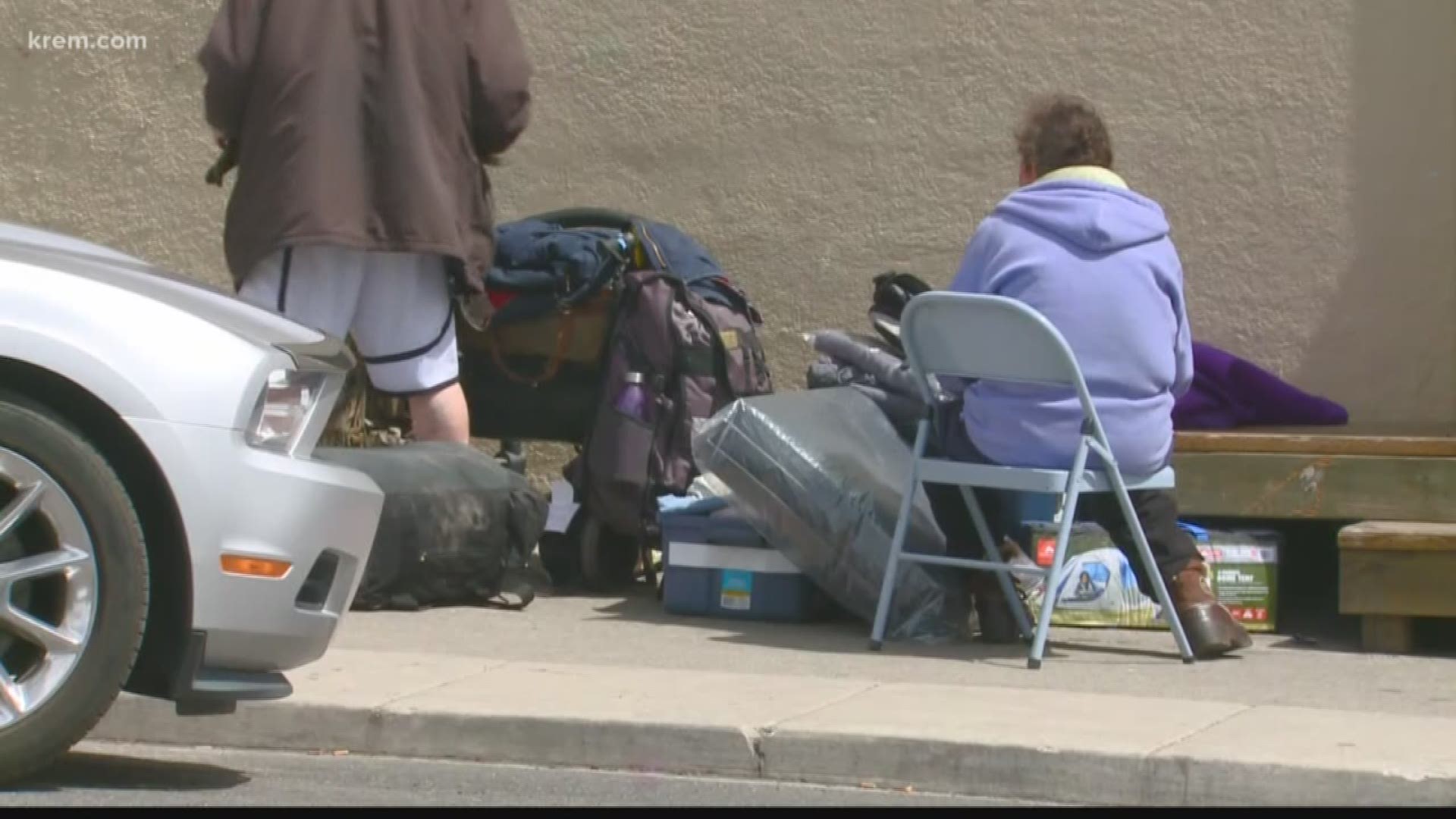 SPOKANE, Wash. — In an interview on Up with KREM on Friday, City of Spokane spokesperson Brian Coddington apologized to former residents of the Cannon Street Warming Center and the residents of Browne's Addition, the neighborhood around Coeur d'Alene Park.

More than 100 residents of the warming center were evicted on Thursday morning as the contract between Jewel's Helping Hands, the nonprofit that ran the warming center, and the city came to an end. Many of those residents went on to set up an encampment in Coeur d'Alene park in Browne's Addition.

"We apologize to the clients of the shelter and also to the residents around Coeur d'Alene park this morning who were caught in the middle of this discussion," Coddington said. "It's through no doing of their own that they were inconvenienced yesterday, so that's unfortunate."

The City of Spokane bused homeless individuals in Browne's Addition park to a shelter space in the downtown library on Thursday evening.

However, according to KREM 2's Nicole Hernandez, there were still about five people camping out in the park on Friday morning.

The City of Spokane addresses plan for homeless amid pandemic

Coddington explained the City of Spokane is beginning the process of transitioning from seasonal warming shelters to a more regional response to homelessness during the coronavirus pandemic.

The city had planned to move homeless residents out of the South Cannon Warming Center and into other shelters in the region that have "unutilized capacity."

When asked whether the sit and lie ordinance would prevent the city from moving homeless individuals from public spaces, Coddington said there is currently enough space in available shelters to accommodate the need.

Coddington did not explain what would happen if community court remains closed. According to a ninth circuit court decision in 2018, community court must be open in order to move homeless individuals off the street.

Shaw said he called staff members from previous projects and shelter contracts, and the foundation was able to start admitting people at 4 p.m. He said he expects the foundation to run normal operations at the library for at least the next two weeks.

The shelter will hold about 55 people due to social distancing requirements, Shaw said, and another 40-50 people will be able to find shelter at the Cannon Street Warming Center once Jewels Helping Hands vacates it.

Homeless camp set up in Browne's Addition park; some refuse to leave after police arrive

Homeless residents set up an encampment in Browne's Addition's Coeur d'Alene Park on Thursday morning after the eviction from the Cannon Street Warming Center.

KREM reporters on scene said there were tents set up in the park and it was littered with trash. Neighbors reported that homeless residents dug holes to serve as makeshift bathrooms

The South Cannon Warming Center closed because the contract between Jewels Helping Hands and the city was set to expire at midnight, executive director Julie Garcia said.

Interviews with shelter staff and Spokane city leaders show there was not a clear plan to safely transfer homeless people to new housing or keep them in place amid the coronavirus pandemic, which has killed 22 people in Spokane County and more than 60,000 nationwide so far.

Coddington on Thursday said Jewels Helping Hands violated its contract by evicting residents from the center before 11:59 p.m. He said the Guardians Foundation, another contractor, is expected to reopen the Cannon Street center.

Garcia said the city did not provide Jewels Helping Hands with direction about next steps.

"Their contract ends at 12 o'clock tonight. We were told by the city," Garcia said. "We can't kick people out at 11:59 and expect them to find somewhere to go."

Coddington, on the other hand, says there were provisions in place that allowed homeless residents to stay at the warming center until 10 a.m. on Friday if necessary.

He also added that Jewels Helping Hands leaders told the city they plan to exercise the 14 days outlined in their contract to remove belongings from the warming center. That means it is unlikely that it will reopen on Thursday night or any time in the next two weeks, he added.

Additional needs will instead be "absorbed into underutilized capacity in the total shelter system," Coddington said.

Garcia told KREM it's not possible to take down an entire shelter in a day, but Jewels will try to move out as quickly as possible. Bunk bed frames will remain in the building but mattresses have been distributed, she added.

In November 2019, Jewels Helping Hands refused to leave the warming center after the City of Spokane ordered the nonprofit to vacate. This came after city leaders said they received a "serious concern" about one of the nonprofit's leaders.

The city later backtracked on its demand and said Jewels Helping Hands could stay in the building as long at they met certain requirements.

Former Spokane City Council President and mayoral candidate Ben Stuckart posted about the removal of homeless residents from the shelter on his Facebook page, writing, "100 people being removed from their temporary shelter right now. Putting them on the streets during a pandemic in our city. "

"This is criminal," he added.

As in the original order issued in mid-March, the governor's proclamation prevents landlords from evicting in all situations that fall within the Landlord-Tenant Act and prohibits law enforcement from assisting in evictions, but Thursday's proclamation extends beyond that as well.

KREM has reached out to Gov. Inslee's office for a statement.

Kinnear added that the cost to manage camping and get people off the streets is higher than that of keeping people in shelters. However, city council members cannot take action until they get funding and a plan that comes down from Spokane Mayor Nadine Woodward's administration.

The Tenants Union of Washington is urging anyone living at the Cannon Street Warming Center to file a complaint with Attorney General Bob Ferguson about its closing.