Home made of shipping containers for sale in Vancouver

The home is made from 11 shipping containers and is listed for $2 million. 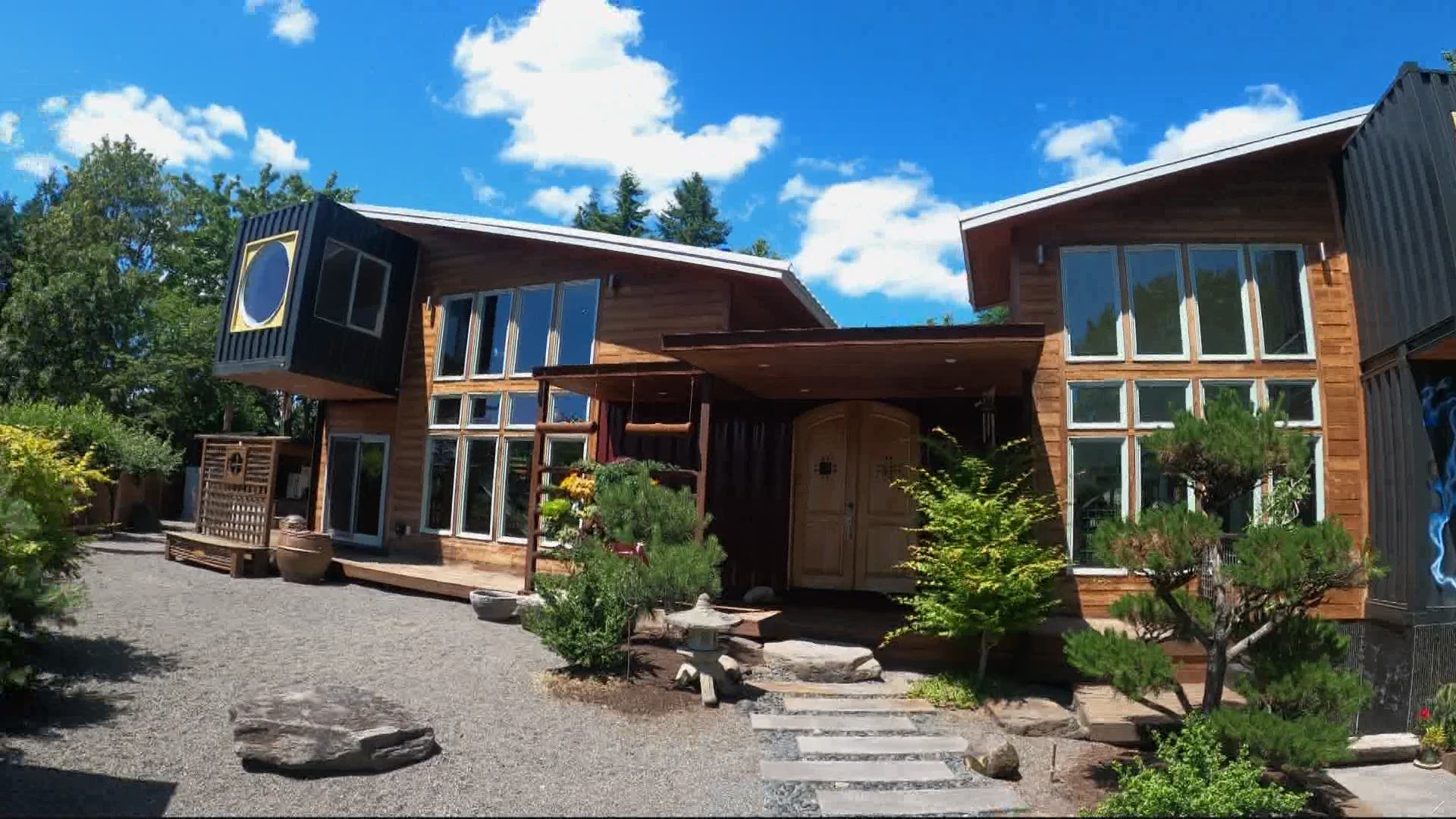 VANCOUVER, Wash. — A one-of-a-kind Vancouver home with partial views of the Columbia River recently hit the housing market. It's not the view that sells the property, but the home's unique style of construction.

"It started out as a bet, as a joke and then it got to this," Merced said, "Originally it was only going to be a small 2,000-square-foot home. It's become a 4,100-square-foot with 11 shipping containers."

The home was featured on HGTV's "Container Homes." Merced says he still gets recognized from the appearance.

"I was fishing in Costa Rica and this lady comes up to me and is like, you're that guy. I'm like what guy? That guy on 'Container Homes.' I get that all the time."

The home features a 1950s-style composition pit with underground views of the outside koi pond.

The interior is full of reclaimed and recycled materials, including interior windows from the old Montgomery Park building.

"Basically we used anything that's recyclable as possible," Merced said.

He says about 70% of the decorations and materials used are recycled.

RELATED: Supply, demand and COVID-19: The price of lumber has nearly quadrupled in the last year

The home features a mix of lumber and shipping containers with an Asian-themed decor.

Merced says he spent many hours helping build and design the home. While it's hard to let it go, he says after four years it's time to sell.

"It's kind of a dilemma here for me and deep down I spent so much time and effort. I know every nook and cranny. I know every thing in this house. I feel like it's holding me back from doing something new."

The home is listed for $2 million. You can take a virtual tour of the home here.