Highway 27 reopens after weeks of closures

Weeks of high winds made it difficult for plow crews to clear the road. 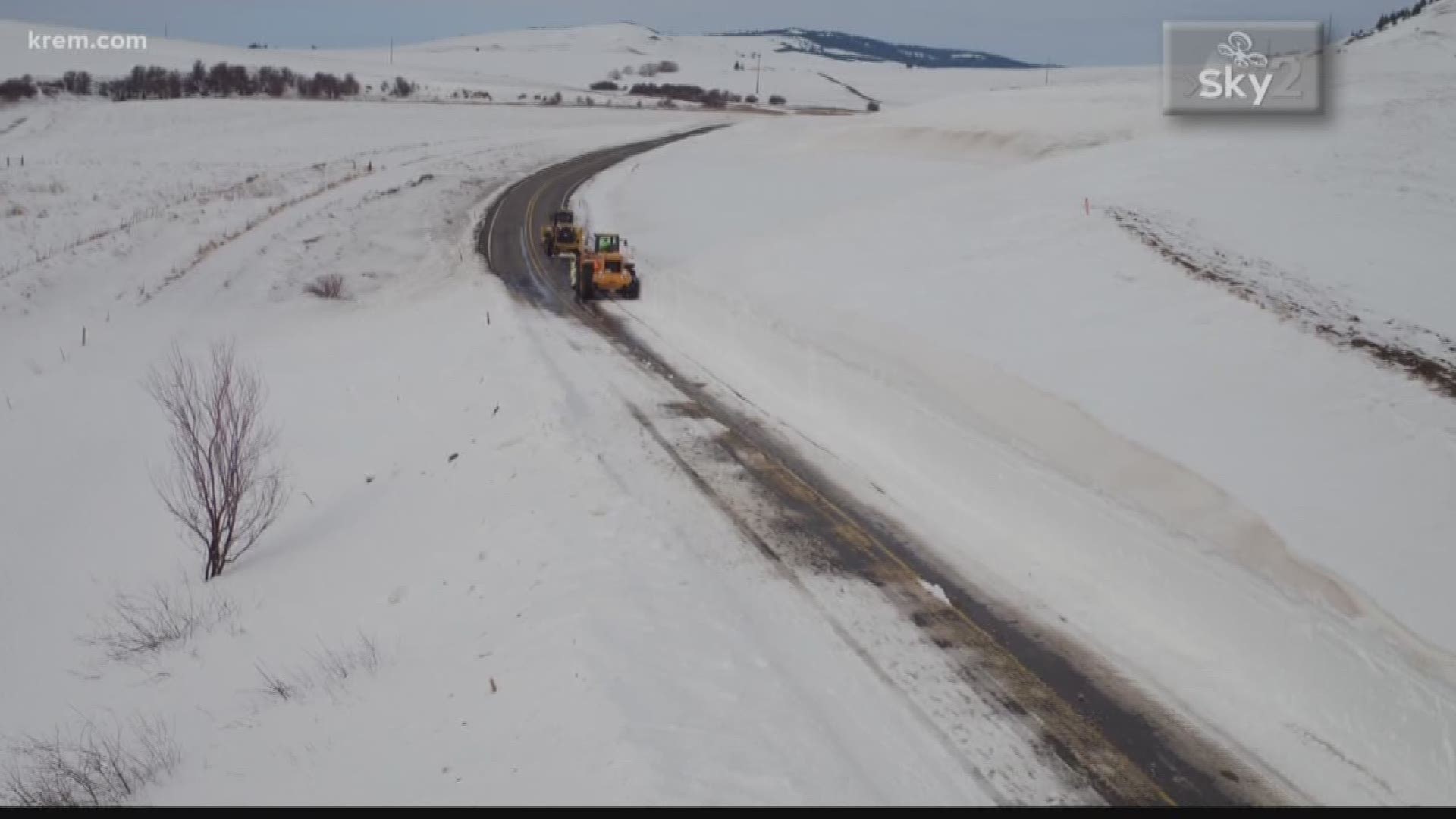 After weeks of crews working the areas, Highway 27 has reopened.

Weeks of windy days pushed several feet of snow onto roads along the highway, making it difficult for crews to tackle the area.

“It’s like we would take two steps forward, one step back,” said Dan Haupt, director of the area’s DOT plowing team.

KREM got clearance to enter one of the plowing areas beyond the road closures.

Piles of snow covered some lanes entirely. Snow blowers cut through walls of snow more than 8 feet high. And snow plows followed behind them, clearing the leftover snow.

“When we started out here, you couldn’t find the road,” Haupt said.

RELATED: 'It's piling up': Snow drifts are trapping Spokane County residents in their homes

Haupt said his crews worked as quickly as possible to minimize the inconvenience to people living in the area.

“We try to keep one lane open for medical emergencies, so a field truck can get through and people can get groceries,” he said. “We’ve done okay with that, but there (were) a couple of times we had to just pull out of here.”

A clear and sunny few days made the crews’ job a bit easier.

The area still hasn’t been completed, but crews say they hope to have the highway cleared before the next round of snow.