Initiative to expand Idaho into Oregon could be on November ballot

Organizers of the petition drive say they have enough signatures to qualify the measure for a vote in three Oregon counties this year. 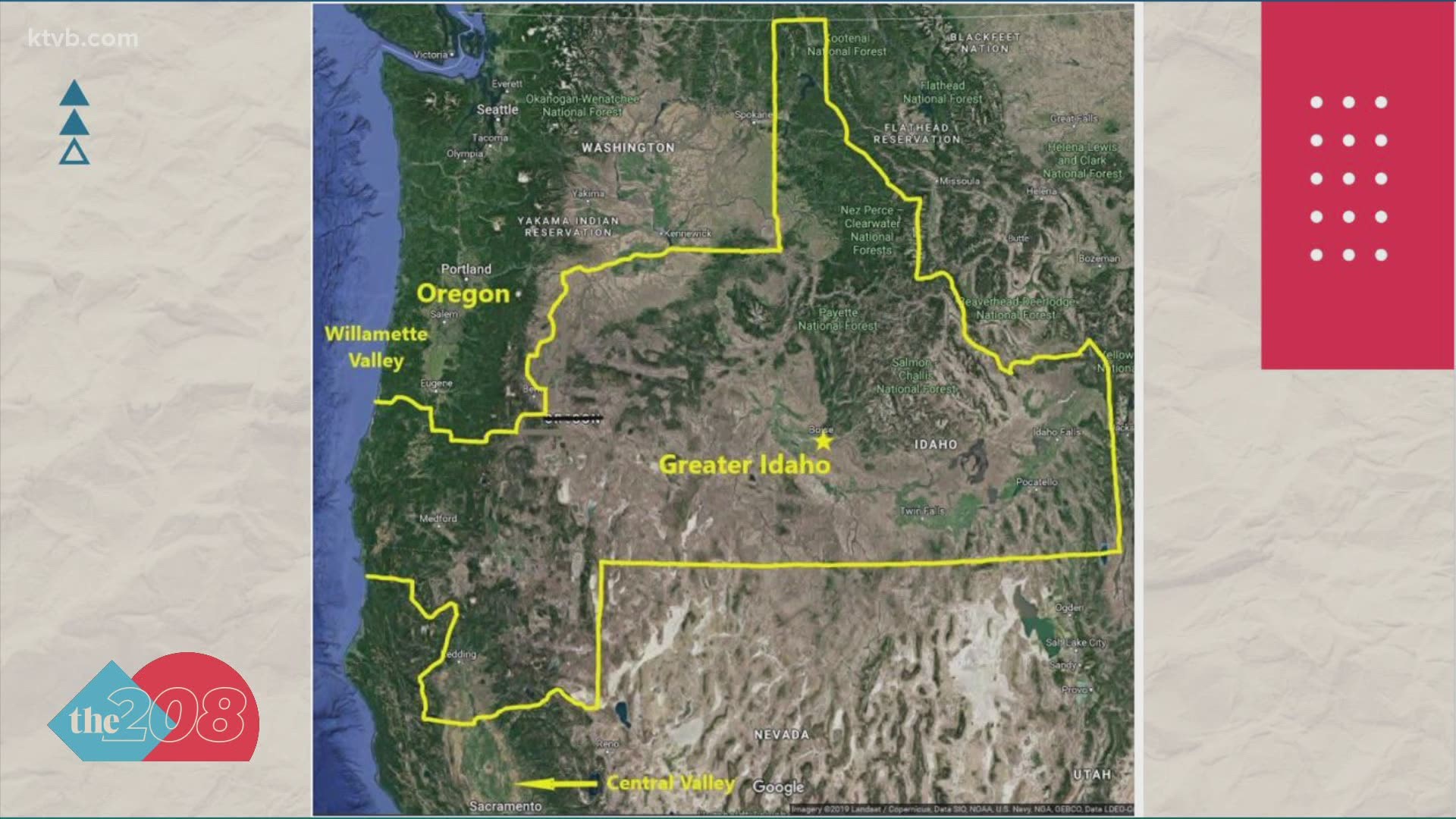 Both in size and apparently political affiliation.

We first told you about the petition to move the Idaho border westward back in February.

Greater Idaho would include rural, eastern and southern Oregon counties and the northernmost areas of California.

It was an idea spawned by disenfranchised and conservative Oregonians that felt they weren't getting represented well at the state Capitol in Salem.

Mike McCarter is the man heading this initiative and he wants it on the November ballot.

His goal is to collect enough signatures to get voters to decide if they want to be part of Greater Idaho in 20 of Oregon's 36 counties.

By doing so, Idaho "would have the satisfaction of freeing 1.2 million people from blue state law," citing Idaho's title as the least regulated state in the nation. Those are their words.

Signatures that will have to be verified by the county clerks -- and if they are -- voters in those counties will be able to check 'yes' or 'no' come November.

They haven't given up on the others, though.

Volunteers are still collecting signatures in 12 other counties to try to get the vote on next May's ballot.

Because the signature deadline for the November ballot was Wednesday.

And as you can imagine, due to COVID-19 delays, there's a lawsuit pending to extend that deadline.

They could hear the answer to that sometime this month.

I know what you're thinking -- why not just move to Idaho?

Well, according to the groups FAQ page...

"We've invested years into relationships with friends, family, employers, churches, shops, and the land. Do you want all of us unhappy conservatives to build new housing in another state? Moving state borders is cheaper."

Well, that is yet to be seen, but we do know the voters deciding to move a border may be a moot point anyway.

It would take state legislators from both Idaho, Oregon and California to sign off on adjusting state borders.

But it's still fun to imagine Idaho with beachfront property, isn't it?