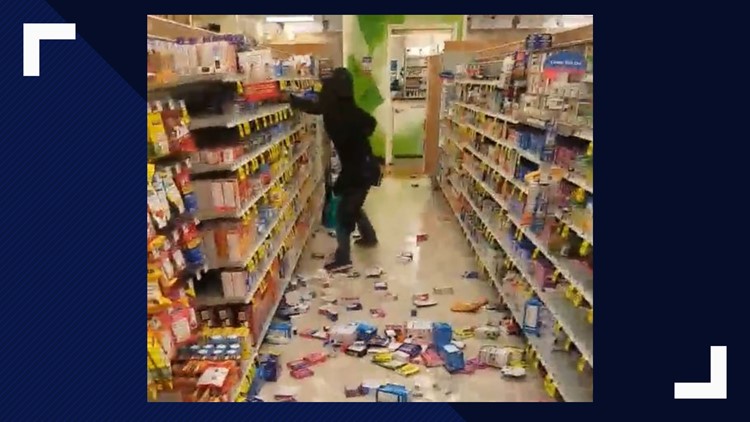 MOSES LAKE, Wash. — A Soap Lake woman had three run-ins with Moses Lake police in a span of about four hours on Monday, according to the police department.

The woman was arrested by police after the second incident but not taken to jail because of overcrowding at the facility. She then destroyed items in a Rite Aid, police said.

Moses Lake Police Captain Mike Williams said at about 3 p.m. officers contacted 23-year-old Deanna Castro after they say she stepped into traffic on West Fourth Avenue and hit a car with her hand. Officers took her to Grant County Mental Health for evaluation.

About 30 minutes later, police were called to Grant County Mental Health after Castro threw a chair and left, Williams said.

When Castro got outside, Williams said she threw rocks at several cars and pushed over a motorcycle.

Officers arrested her for disorderly conduct and third-degree malicious mischief, but they were unable to take her to jail because they had no room for female inmates. She was then released with citations.

Around 7:30 p.m. officers were called to the Rite Aid on Pioneer Way. Williams said Castro broke a chair and display items. Then she knocked multiple items off the shelves and started throwing items at employees and other witnesses.

Castro was then arrested and booked into the Grant County Jail for malicious mischief and misdemeanor assault.

RELATED: 'This has to change': Mother of man killed by Spokane Co. deputy speaks out

RELATED: Where the money to fix Washington's mental health system is going