Moses Lake Superintendent Joshua Meek says the district will use surveillance video to investigate the incident. 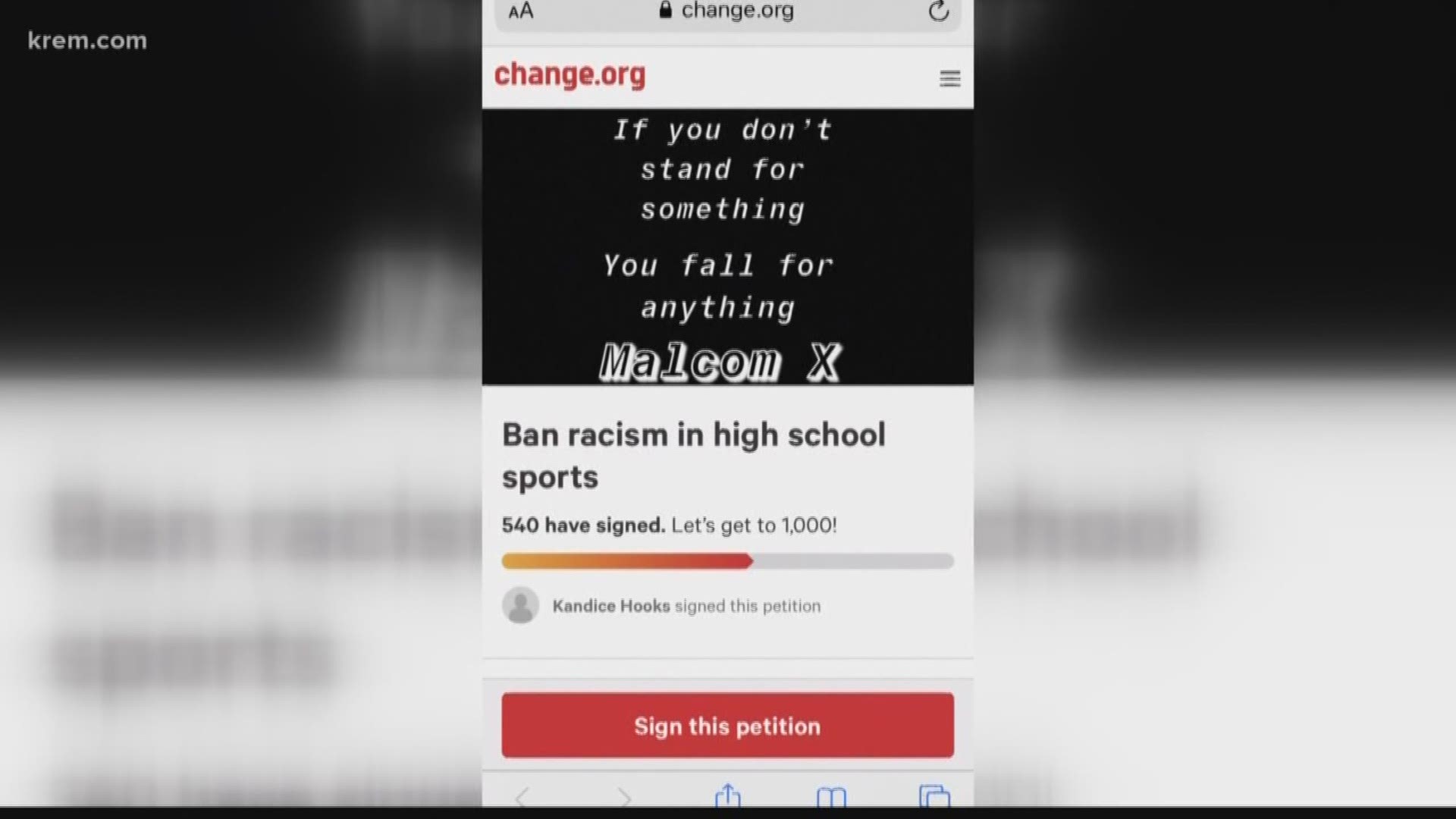 MOSES LAKE, Wash. — Leaders with the Moses Lake School District say they are investigating reports of conflicts and "inappropriate racial comments" made at a basketball game over the weekend.

"Like all schools in our league we highly value sportsmanship and mutual respect," Meek wrote on Facebook.

District leadership is taking the claims seriously and investigating what happened at the game, Meek said.

Meek added that the district will use video surveillance to investigate, but would appreciate any firsthand knowledge and reports from those who attended the game.

Parents are upset with what happen and are now demanding change. Kandice Hooks started a Change.org petition to "ban racism in high school sports," singling out the Washington Interscholastic Activities Association league that Moses Lake plays in.

"Racism, racial slurs, derogatory comments should not be tolerated in public schools in any context. Any incidents involving racial slurs should be evaluated and discipline administered appropriately. It is expected that students, staff, parents are to be respectful at the beginning of every WIAA game by standing to honor the flag and the national anthem, yet during the games athletes are subjected to racial slurs and students have to be police escorted out of the gym to their bus to travel home safely," the petition reads.

"This is insane! I move to have any school banned from participating in WIAA where racism is tolerated! This is not an isolated event and needs to be changed immediately!" the petition continues.

Nearly 500 people have signed the petition so far.

"I'm tired of it. I'm tired of kids just having to deal with issues like that and they're expected to just sweep it under the rug like it's just a word," Hooks said. "I just want to basically show my son that it's not ok."

Arquette Joe was the parent on the receiving end of that slur. He told KREM 2 people were using racial slurs toward him when he was a student at Davis in 2002. Now, his 15-year-old son is dealing with the same thing. He wants something done about it.

Hooks said her mother was also taunted and bullied when the schools would play against each other in the 70s. She was called names — even a monkey.

"I mean you can take the high road by not engaging with people like that but you shouldn't allow it to go on around you. You've gotta be able to stand up for everyone," she said.

Anyone with information about the latest incident is asked to contact Meek through Facebook or via email at jmeek@mlsd161.org.

"We must promote mutual understanding and respect for diversity and each other," Meek wrote on Facebook.

Moses Lake School District is proud of the district's  diverse student population and claims of this nature are taken seriously and have prompted immediate action. As a member of the Columbia Basin Big Nine Athletic Conference and a member of the WIAA (Washington Interscholastic Activities Association) reports of this nature are important not only for issues of sportsmanship, but more importantly as an issue of mutual respect. School officials are working with all league schools as partners in this discussion and identification of concerns, and intentional partnership with the school, district, and athletic leadership at Davis High School. This is the first official report we have received of this nature toward Moses Lake High School.

Superintendent Dr. Joshua Meek states, “We are deeply troubled by these claims and reports, but are doing everything we can to get to the bottom of this quickly. I have received over 20 reports of what transpired at the athletic event. These will all be given to the investigator. Moses Lake is a very diverse school system, where over 53% of our students are non-white. A culture of hate is in no way acceptable, and if these reports are validated corrective action will occur. But most importantly this must serve as a continuing lesson of acceptance and respect that we teach our students.”

RELATED: 'Rally in the Valley' protest over racist incidents held in Spokane Valley