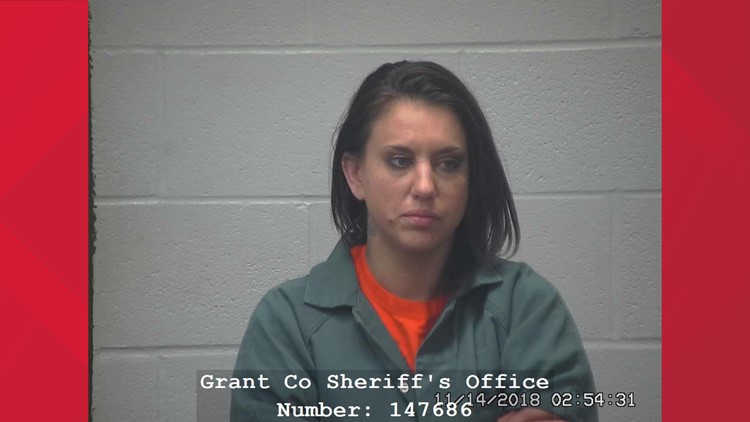 MOSES LAKE, Wash. — A woman who is accused of stealing from a Moses Lake Home Depot on Tuesday evening accidentally dropped her phone, which had her Facebook account opened on it, as she tried to get away.

According to the Moses Lake Police Department, 33-year-old Misty Baker dropped her phone while attempting to leave a Home Depot without paying for her items on Tuesday night.

"In her haste to flee, Baker dropped her cell phone, which was open to her own Facebook page, helping the alert investigating officer identify her," a MLPD Facebook post read. "That, and of course, the video cameras in the store."

Baker allegedly punched a security guard in the face when confronted about the stolen items, according to police. This made her charges a class A felony instead of a gross misdemeanor. She allegedly left in a Ford Escape.

Police said Baker is wanted on a first-degree robbery charge and two other warrants. Anyone with information about Baker is asked to call the Moses Lake Police Department at 509-764-3887, reference case number 19ML16206.

The following video is a report on what to do if you witness a theft in Spokane.