A small task force will be on scene Saturday doing mop up and rehab operations. Then the fire will be handed off to a smaller team. 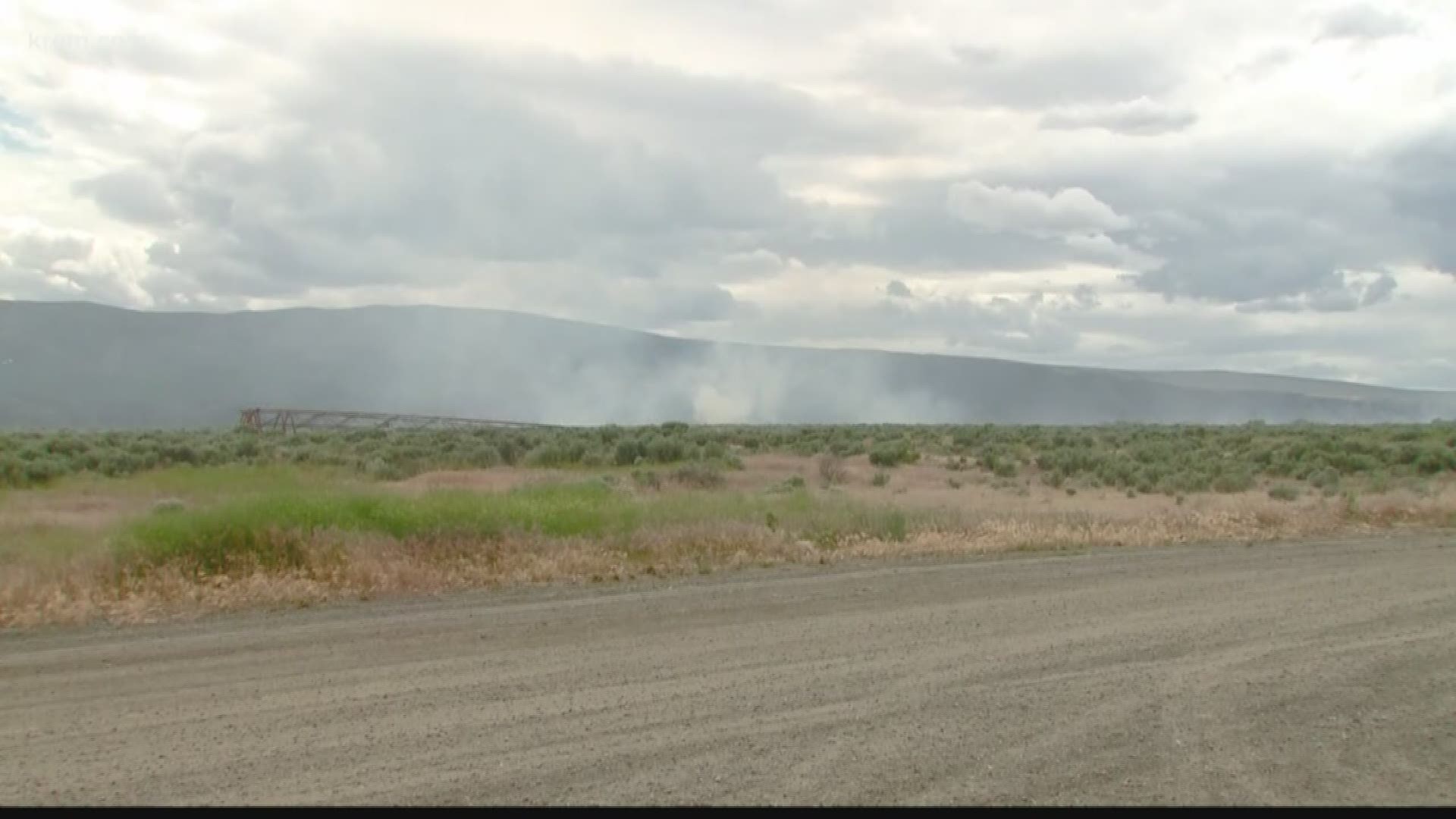 The fire has burned an estimated 20,380 acres near Royal City, Wash. The cause of the fire remains under investigation.

All evacuations were lifted by 6 p.m. Thursday.

The fire threatened a butterfly and ground squirrel habitat. It also came near unharvested cherries, apples and other fruits. Homes, railway trestles, power poles and apple crates were also at risk during the fire.

A small task force will be on scene Saturday doing mop up and rehab operations. Then the fire will be handed off to a smaller team.

On Wednesday, crews were targeting hotspots, according to KREM's Amanda Roley, who was reporting from the scene.

Welker also said fires this early in the season are typically grassland fires, like the 243 Fire, and not the forest fires that are common later in the summer. He said the plan is to attack the fire when the wind dies down, which usually happens in two to three-day windows.

Two people have suffered injuries as a result of the fire. 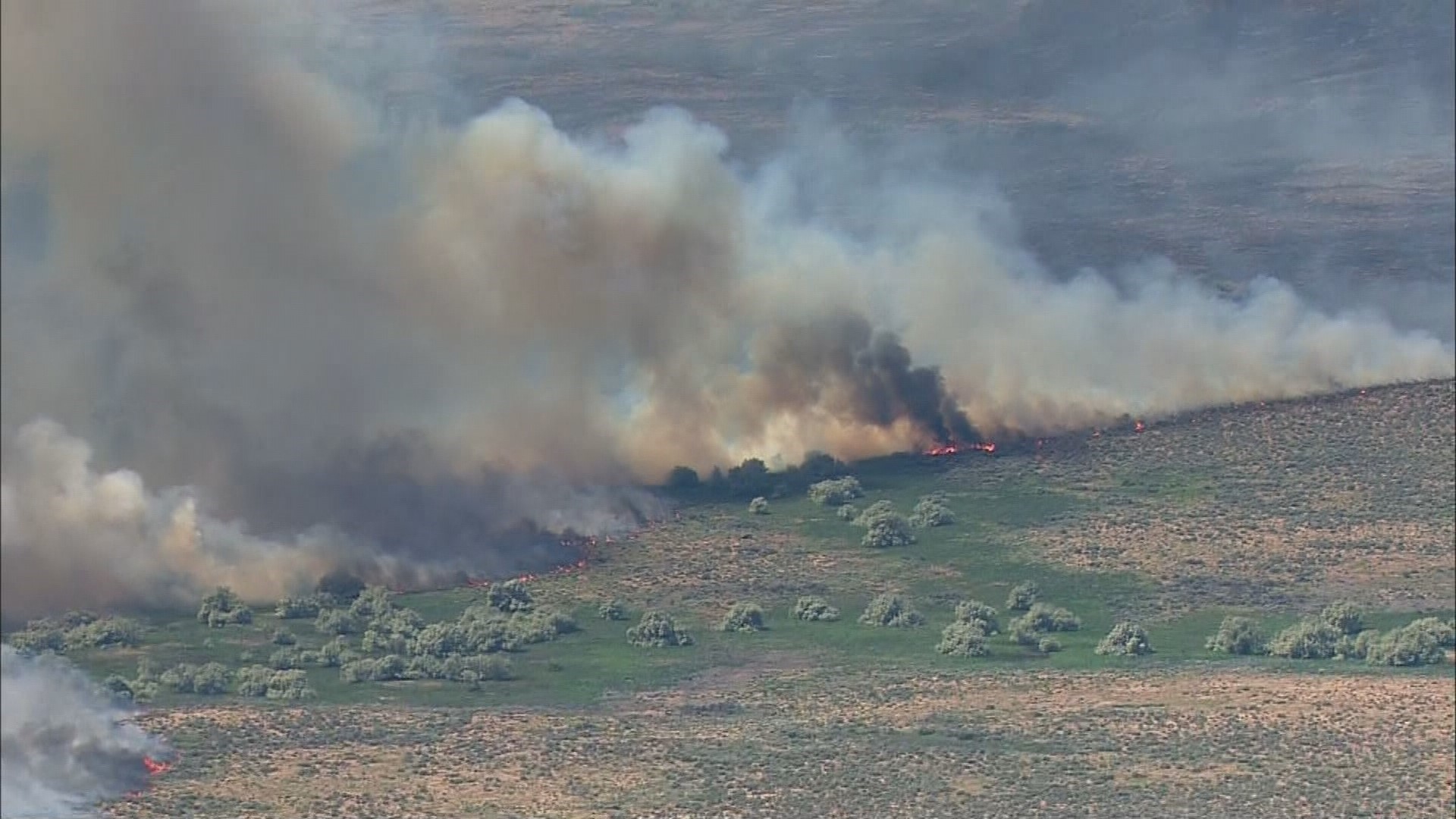 The Grant County Fairgrounds was open to provide sheltering for large animals. According to the Grant County Sheriff's Office, they can accommodate up to 300 horses, some pigs, sheep and a small number of cattle. They had bedding and water available on site, but no feed.

Foreman says the wildfire burning sagebrush and dry grass is driven by wind.

“It’s in an area that’s sometimes difficult for firefighters to access due to steep terrain and the absence of roadways,” he added.

State resources arrived on Tuesday morning, meaning fire departments and agencies from across the state are helping to fight the blaze.

The Grant County Sheriff's Office is providing continuous updates on the fire via social media on Facebook and Twitter. 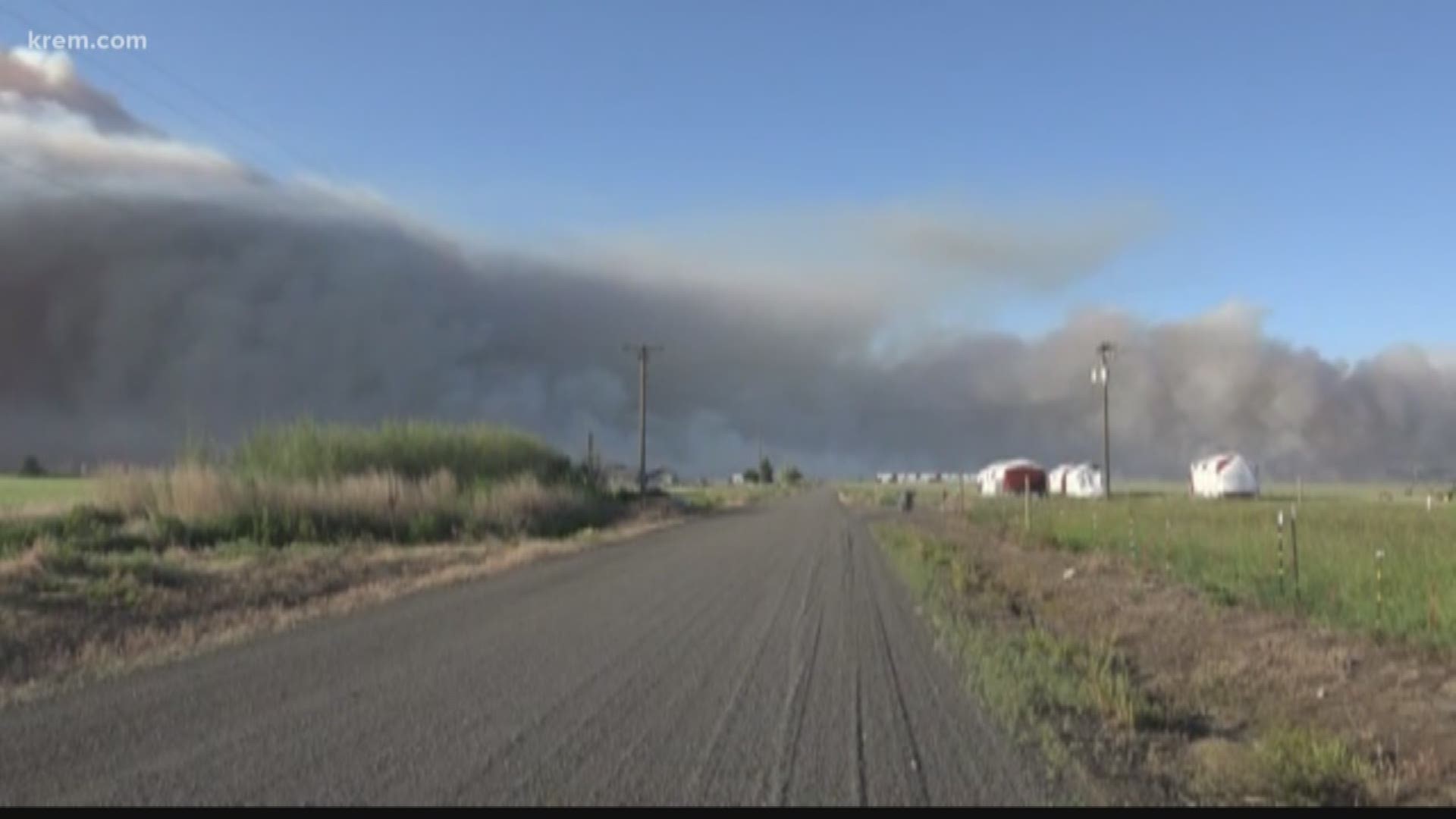 Farmer watches fire from his backyard

One farmer living in the area said this is the worst fire he has seen in 50 years.

After KREM spoke with Jelmberg, the winds shifted, pushing heavy smoke and flames closer to his home. He then decided it was time to go.

"Pets are gone, the wife's got them in Ellensburg at the pet center, and I think we'll probably be smoked out and have to stay with my sister or her folks or something," he said.

He packed up, leaving his home behind, not knowing how things would look when he returned.

Fire crews said their biggest challenge in battling flames has been the wind. It's been shifting directions, which has made it harder for them to get a good handle on it. They said their biggest plan of attack now is working to get it better contained. 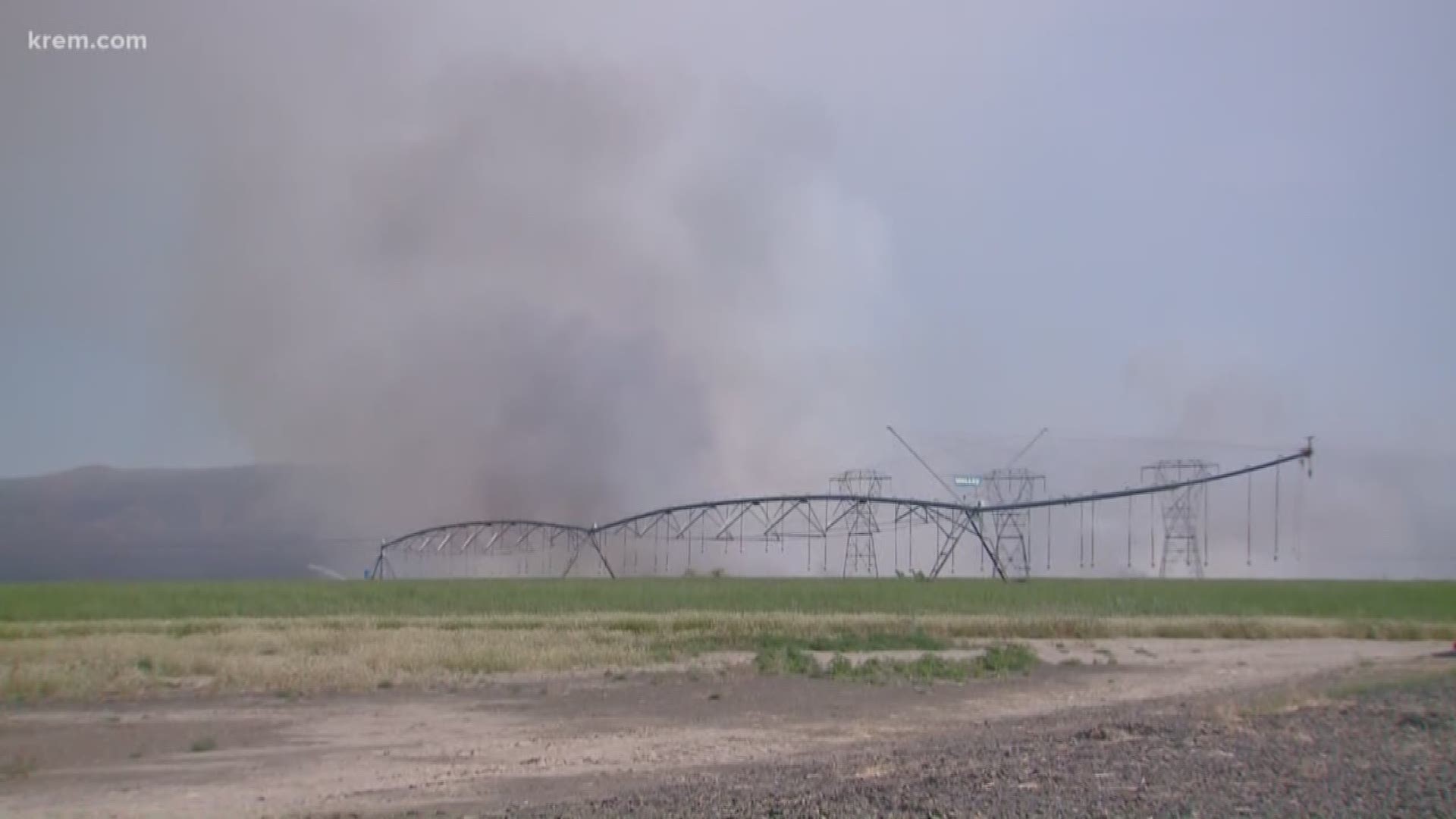 A closer look at what firefighters are dealing with

The layout of the land has made for a very challenging firefighting strategy.

Crew members were working with hand crews, but the structure of the land is what's making the challenge even harder.

"It's not an easy place to get access into. It's not just a field here in town there you can drive a few firetrucks across it or have a helicopter drop some water in the middle of a football field. It's steep terrain, rocky terrain,"  said Pasco Incident Commander Ben Shearer.

"The fire tends to work up through crevices and little nicks and cracks. So it's hard to get in there and make sure that fire's out. So you get a little wind to pop out, and the next thing you know, the head of the fire's still working," he added.

Shearer said even the area surrounding the fire has created some issues for their plan of attack.

"We have a lot of cultural sensitivity areas, including some habitats, like habitats of the monarch butterflies, which I just recently realized we're dealing with here,"  he said.

These difficulties have made it hard for crews to get updates from firefighters who are in the field working.

Shearer said it's been difficult knowing who exactly is in the field working because so many of them have been working since early Tuesday morning.

They said their biggest concern is keeping their crews and community safe as they work around the challenges.