School leaders say 750 Gonzaga students were evacuated from three dorms after an excavator hit a nearby gas line. 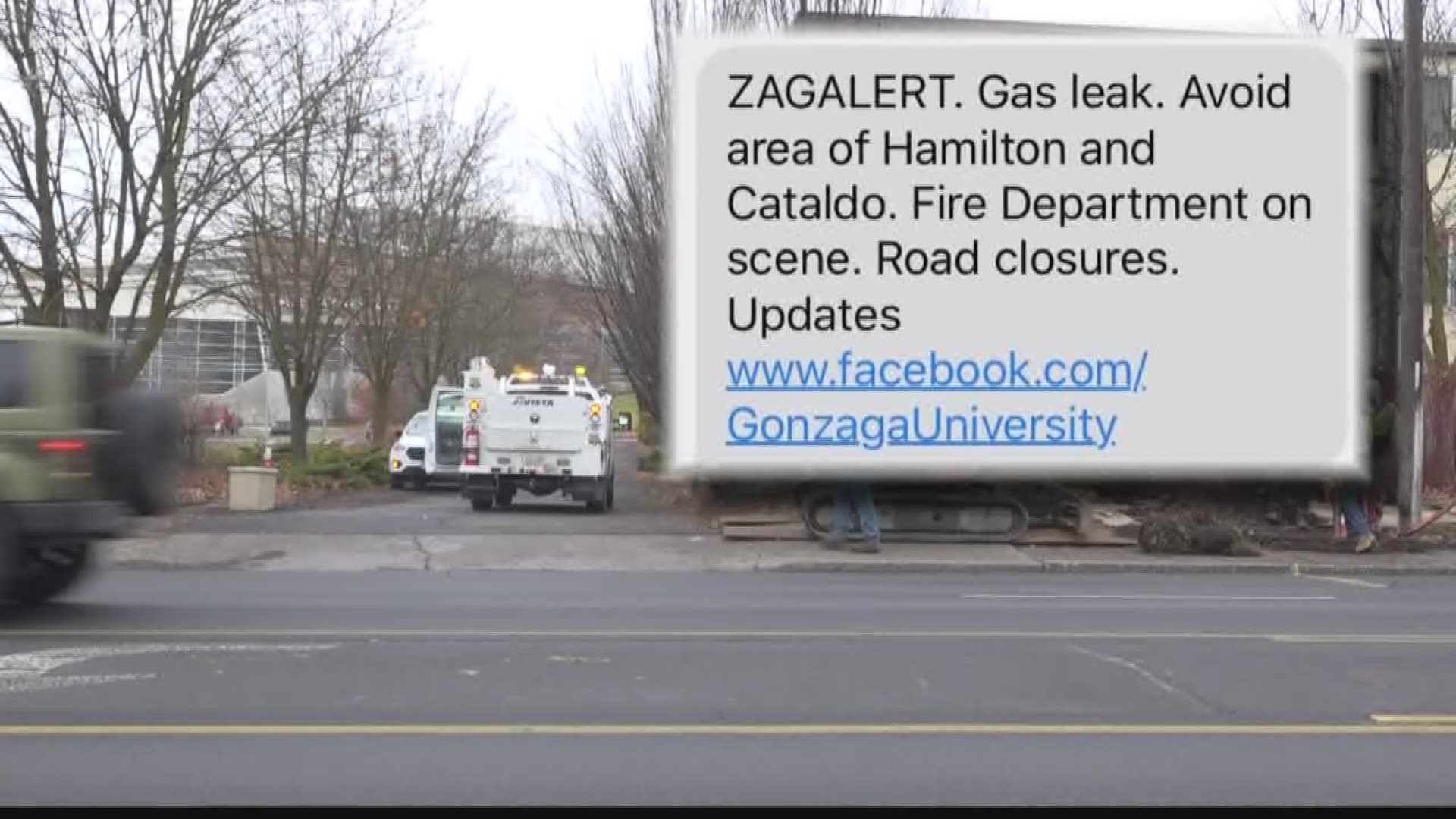 SPOKANE, Wash. — A natural gas leak in the Logan neighborhood forced the evacuation of three Gonzaga dorms on Friday morning.

Avista crews shut off the natural gas for sometime but it has since been turned back on.

School leaders say 750 students were evacuated. They have since been allowed back into their dorms.

No one was hurt during the incident.

Hamilton was closed from Sharp to Trent Avenues, but the road has since reopened as of 9 a.m.

Madonna Hall is a major area of concern, as there is still natural gas odor inside of the dorm on Friday morning, Spokane Fire Chief Brian Schaeffer said.

Gonzaga's Director of Plant Services Ken Sammons says the gas leak is not on campus but nearby within the Logan neighborhood. He said an excavator hit a gas line on Hamilton. 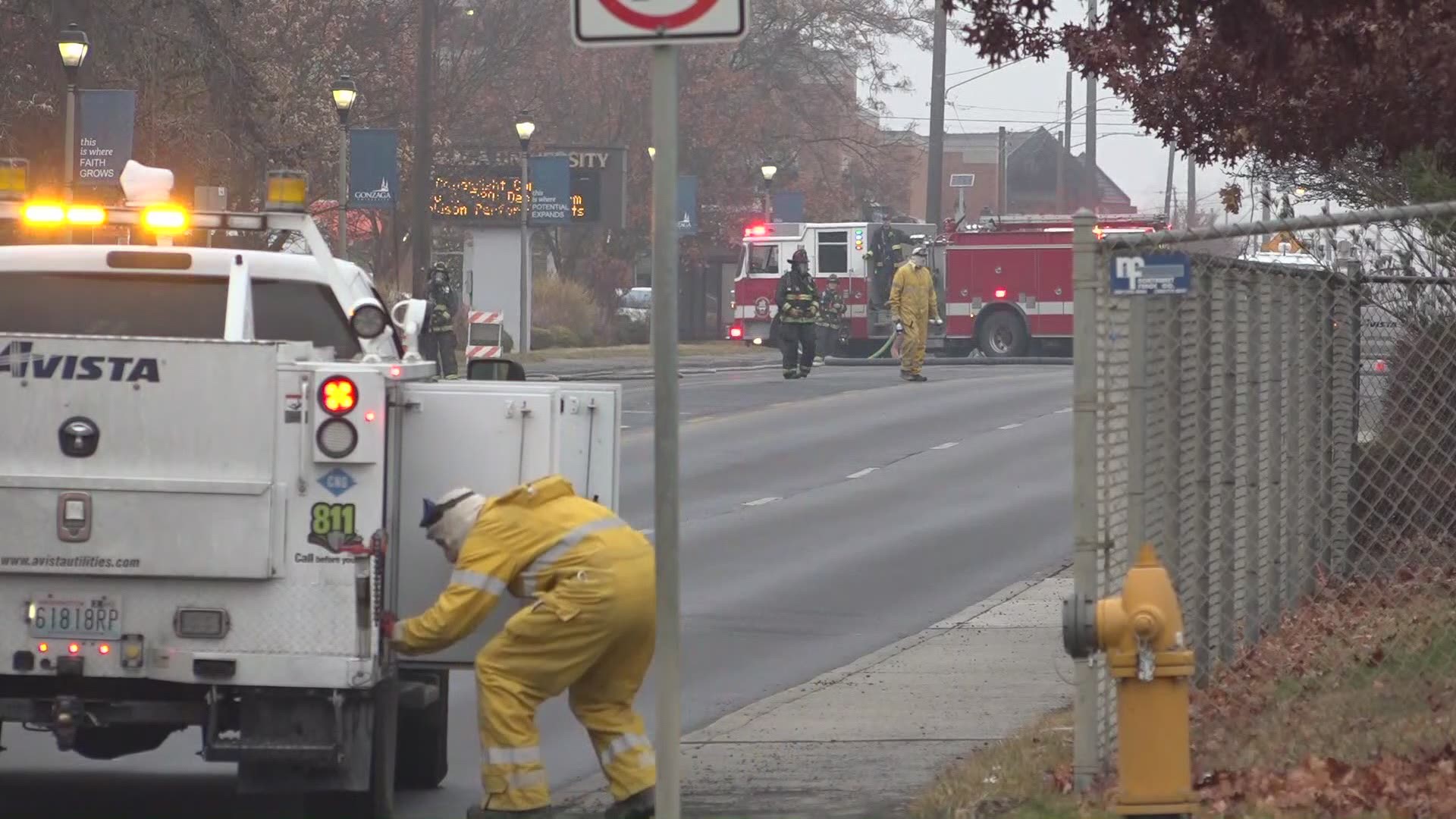 Schaeffer said crews are still working to determine the human factors that led to the decision of the excavator's routing and the reason why they hit a marked line.

He also said help from Gonzaga officials with the evacuations helped the crews on scene.

"We successfully evacuated with cooperation of Gonzaga which was staggering at the amount of organization they had," Schaeffer said.

The university sent a text alert to students at about 8:45 a.m. on Friday. It reads, "Gas leak. Avoid area of Hamilton and Cataldo. Fire Department on scene. Road closures. Updates: www.facebook.com/gonzagauniversity."

RELATED: Unknown gas leaking from truck on I-90 identified as Econobrite