The vigil took place on the football field. A moment of silence will be held to pay respects to those killed and impacted by the shooting. 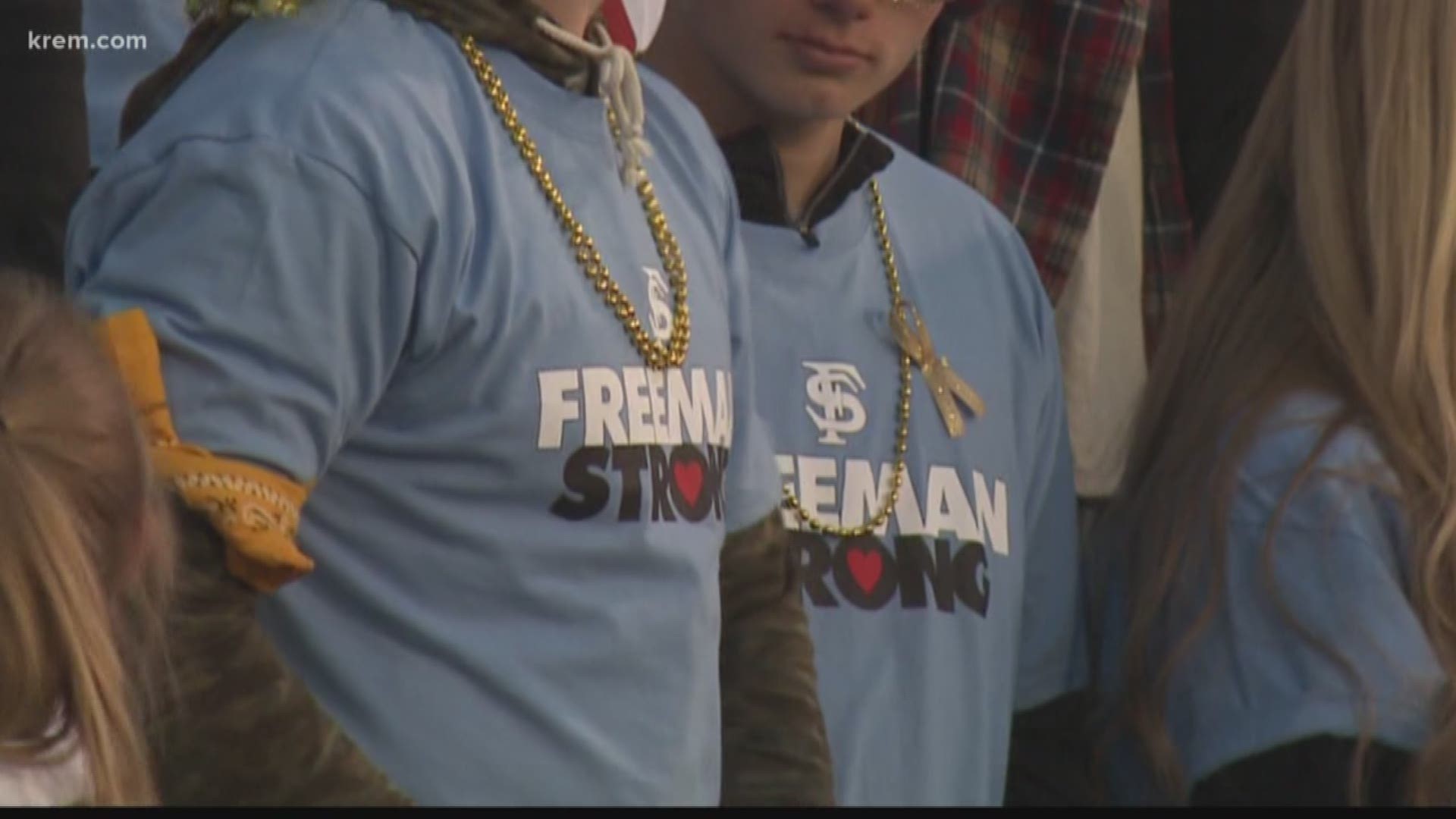 SPOKANE, Wash. — Freeman High School held a candlelight vigil Friday at dusk to pay tribute to those impacted by the shooting that occurred there two years ago.

The vigil took place on the football field. A moment of silence was held to pay respects to Sam Strahan, who was killed in the shooting, and to honor all those affected by the incident during the school day. Support staff was on hand for students and staff.

Freeman High School is making September a month of service to honor Strahan. Student body leaders will be collecting items for distribution to Calvary Soup Kitchen and the Union Gospel Mission.

Caleb Sharpe is to be tried as an adult in connection to the Sept. 13 shooting. He’s accused of killing Strahan and injuring three others.