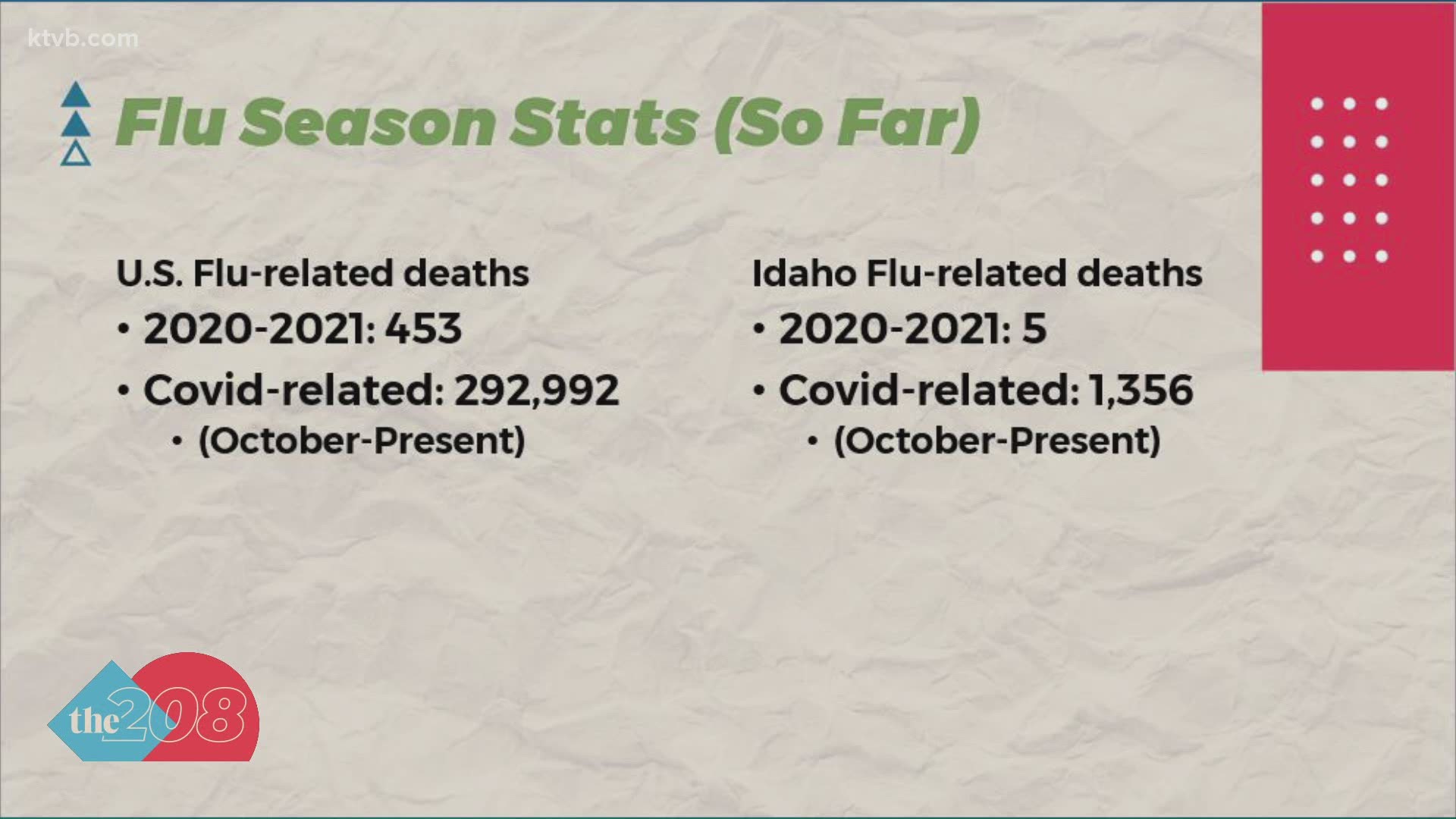 BOISE, Idaho — In a typical year, February is peak flu season. In 2020-2021, however, it seems the flu has been less prominent due to the COVID-19 pandemic.

The Center for Disease Control and Prevention (CDC) does not have an exact count of the number of influenza deaths each year. An estimate is made based on rates of confirmed hospitalizations from the flu, according to the CDC website.

During the 2019-2020 flu season, typically beginning in October and ending in February, an estimated 22,000 Americans died from the flu. This number comes from the estimated 38 million who became ill, the 18 million who sought medical treatment, and the 405.000 who were admitted to the hospital with flu-like illnesses.

In Idaho, 39 people died during that flu season.

During that same time, Idaho has seen 1,356 COVID-19 related deaths.

Experts attribute the decrease of flu deaths to the increase of individuals who received the flu shot. More than 193 million flu vaccines have been distributed this season, according to the CDC.

As of January 2021, more than 78 million American adults have had a flu shot.

In addition to the increase in adults who received the flu shot, other factors have led to a decrease in overall flu cases and deaths, according to the Idaho Dept. of Health and Welfare.

The COVID-19 pandemic has caused people to stay home, wash their hands more than usual, use more disinfectant wipes and spray and wear a mask in public, which is essentially what the CDC recommends to protect oneself from the flu.