A newly-formed commission met to begin the process of replacing the city's flag. 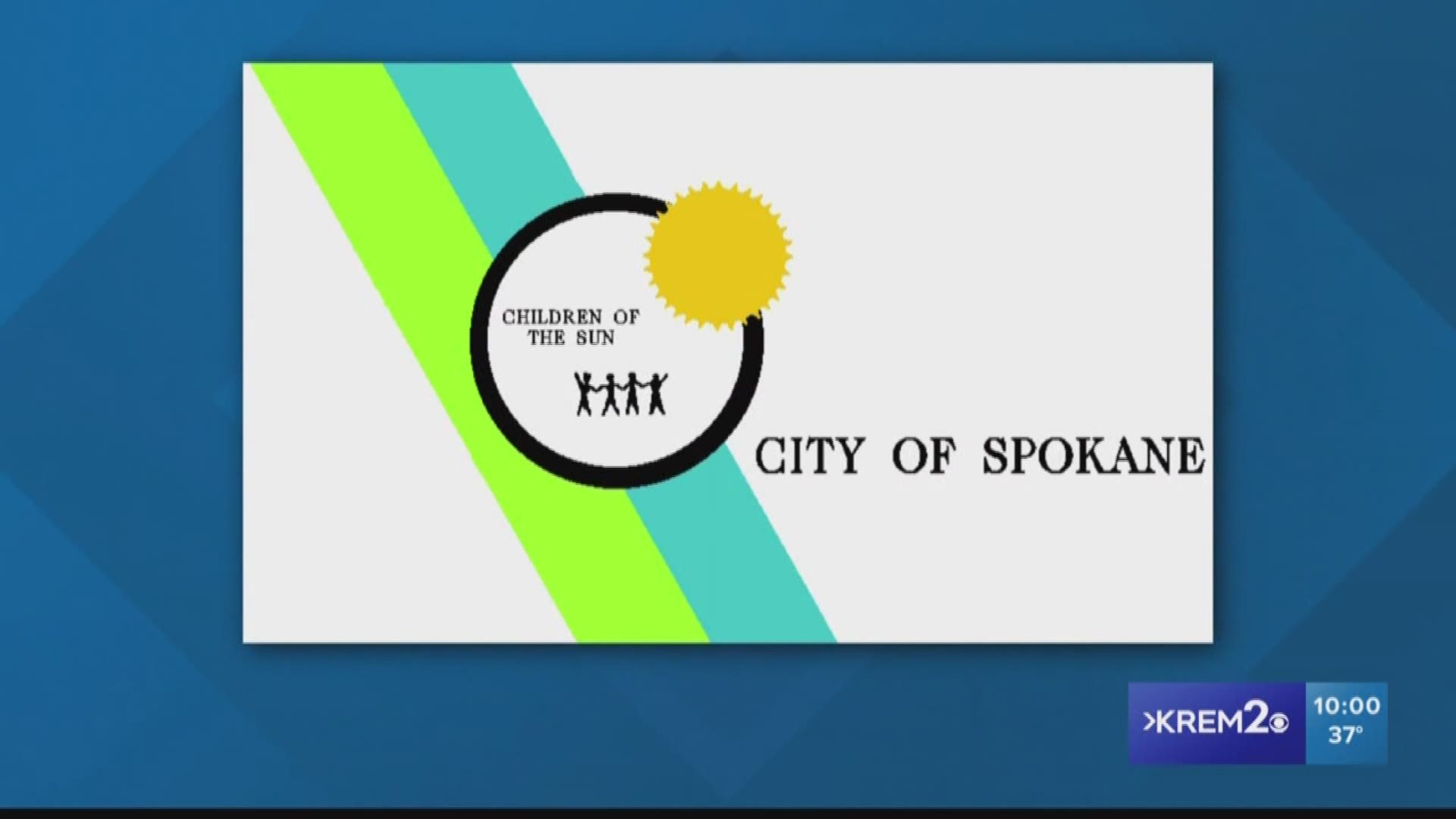 SPOKANE, Wash. — The Spokane Flag Commission met for the first time on Friday night, beginning what will be a months-long process of selecting a new flag to represent the city.

The current official flag of the City of Spokane was designed for the '74 Expo, but it's been used so sparingly many lifelong residents have no idea what it looks like, or often even that it exists.

When Mayor Condon took office, the flag was "rediscovered" and used more often in mayoral photographs; still, no one really loved it.

"Everybody knew it just wasn't getting any traction from anyone," said Matt Budke, a graphic designer who works for the city and sits on the 10-member commission.

So Council Member Kate Burke, inspired by the pride for the city flag she saw when living in Chicago, led a charge to form the commission to develop a new one.

The city council agreed to do so in June, and the group finally met on Friday. At the meeting, with six members present, the commission finalized a mission statement, set a loose timeline, discussed potential hiccups and solutions, and elected WSU student Josh Hiler as chair.

"Flags can be a really powerful symbol of unity in a group," said Hiler. "They present a symbol that people can rally behind."

So, how will they do it? Well, that's the first thing the commission needs to determine. Friday night was only a basic outline of the process.

They're expecting three stages. They'll start with background research, then ask for the public to submit designs sometime next year, then whittle the options down to a final new flag, which if approved by the full Spokane City Council, will be officially unveiled on Flag Day of 2021 — June 14.

And if that seems like a lot of work just to replace a flag, Burke pointed out on Friday: "I also thought that it would be really easy to start a flag commission, and that took a really long time."

At the moment the commission has no budget, so no tax money is being spent on this.

City flag design became something of a viral hit following a TED Talk by podcast host Roman Mars; the commission discussed potentially reaching out to him among many other experts for input.

They also looked to the way other places have redesigned flags, pointing to Pocatello, Idaho as a success story and New Zealand as more of a failure.

Pocatello's previous flag was the subject of mockery during Mars's talk; the city replaced it not long afterwards.

New Zealand had a nationwide effort to replace the flag, hoping to differentiate it from Australia and move away from the Union Jack colonial iconography. After a lengthy process and a referendum, the country ultimately just kept the current flag.

Commissioners also discussed precise methods of getting public input after submissions have been made, many noting that any sort of online polls can be rigged or otherwise messed with, and often are to humorous or offensive results.

RELATED: A new flag for Spokane? City wants to form team to create one

Regardless, all of that is a ways down the road, but the dream, members say, is one day to provide the city with an iconic symbol that you're more likely to see on stickers, shirts, and around the city.