The owners of Uncle Rusty's Diner were preparing to open a second location in Spokane Valley. But a fire on Sunday morning halted those plans. 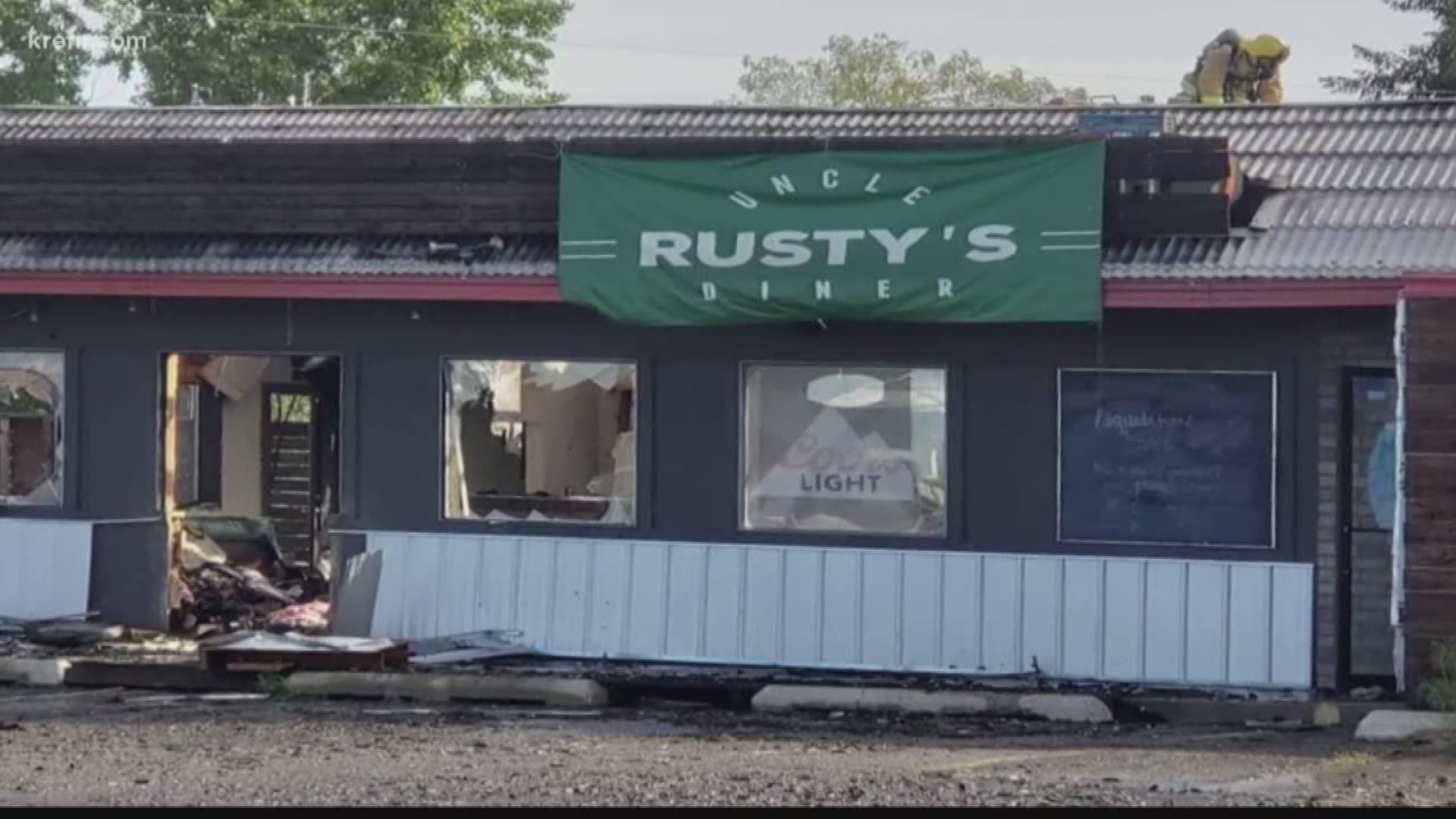 SPOKANE VALLEY, Wash. — Owners of a Spokane Valley diner are working to recover their business from a fire on Sunday.

Uncle Rusty’s Diner was opening a second location in Spokane Valley. Its first location is in downtown Spokane.

The owners were preparing to open the new location in June.

“All we really had to do was get the furniture in the front, get that set up and then get the occupancy permit from the fire department,” said Brian Northcraft, the restaurant’s co-owner.

But on Sunday morning, firefighters responded to a call that the walls and roof of the building were burning. The fire began at a Chevron gas station directly adjacent to Uncle Rusty's diner.

“That put us behind at least a year,” Northcraft said.

He estimated they would miss out on about $500,000 for the time the restaurant would have been open.

The restaurant’s downtown Spokane location just reopened on Friday after being closed for two months.

Northcraft said business has been slow and they need to to recover financially from just doing takeout orders.

“We still have quite a road ahead of us down there,” he said.

He said they’ll have to focus on getting the Spokane location stable before starting to rebuild in Spokane Valley.

“It’s a big setback for us,” Northcraft said.

The Spokane Valley Fire Department is still investigating the cause of the fire.