This year that tradition is a tad bit altered because of the virtual approach, but there are still plans to have a 2020 design unveiled. 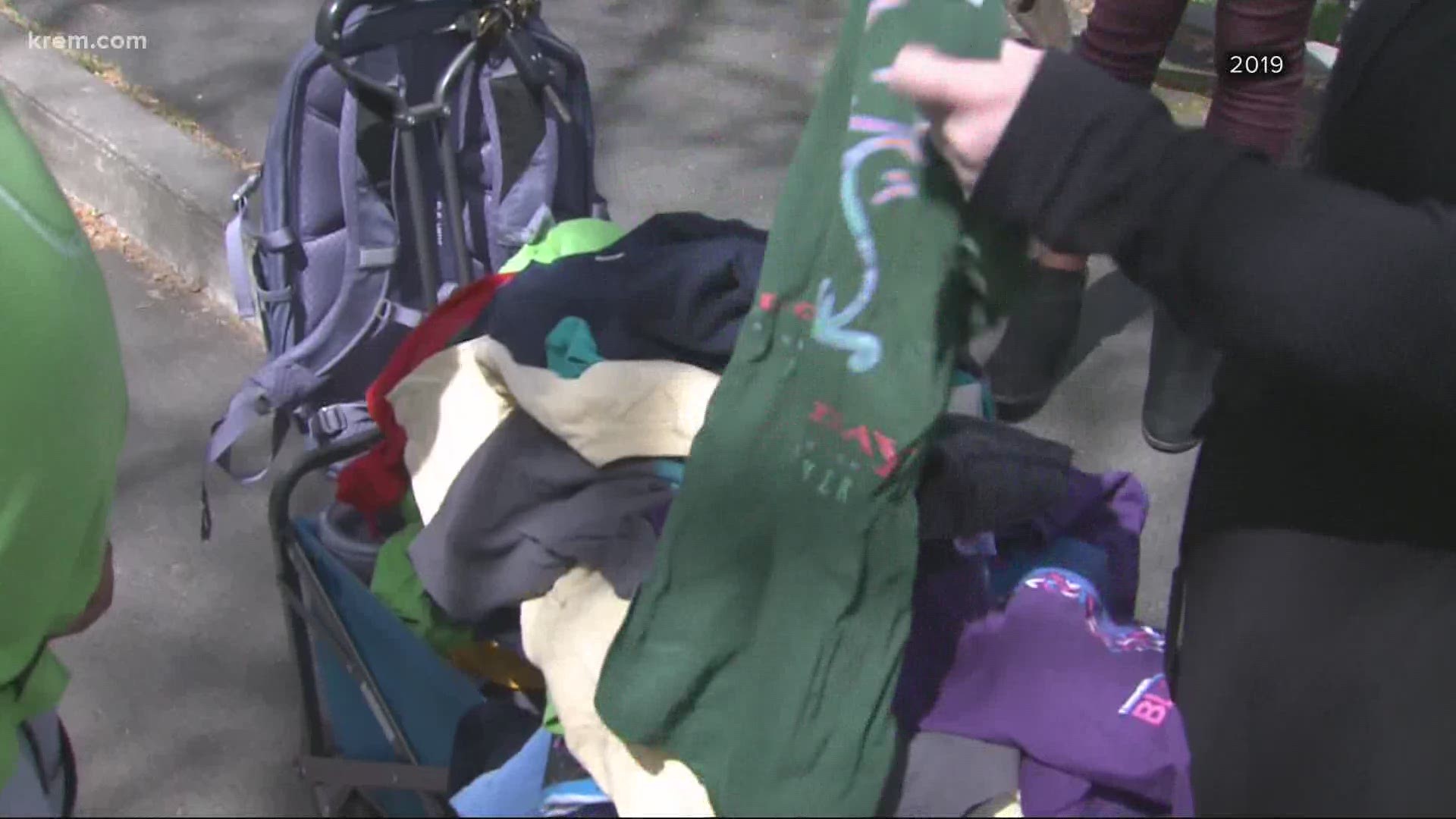 SPOKANE, Wash. — Air quality is being monitored closely for the Virtual Bloomsday approaching this weekend.

Meanwhile, thousands of runners are gearing up for their own course and registered for the annual T-shirt that comes along with the race.

The Bloomsday staple is a pretty big deal to families in Spokane.

“My husband and I are from Spokane and in the 80s we ran as kids in Bloomsday,” said Josie Dix who participates with her family every year. “Then in the 90s we were in college and came home to run Bloomsday.”

Every year a different shirt is revealed at the end of the race.

This year that tradition is a tad bit altered because of the virtual approach, but there’s still plans to have a 2020 design unveiled.

Newly designed shirts will be mailed out to runners that are registered for Bloomsday.

That’s important for people who’ve never missed out on the run and have been collecting the shirts since as far back as the 1970s.

Some even have every single one that’s existed and at last check, more than 20,000 people will participate in the virtual race this year.

That’s from here in Spokane and other places across the globe.

“Since I’ve run them all I have to keep going for as long as I can,” Whitten exclaimed.

There’s been speculation about what the shirt may look like. However, for the most part, people are just excited about contributing to the rich history that is Bloomsday.

“When we moved back to Spokane I had a whole bunch of T-shirts,” Dix explained. “I thought my fence would be a good spot for a clothesline.”