The fire started Monday and more than doubled in size Tuesday night because of high winds. 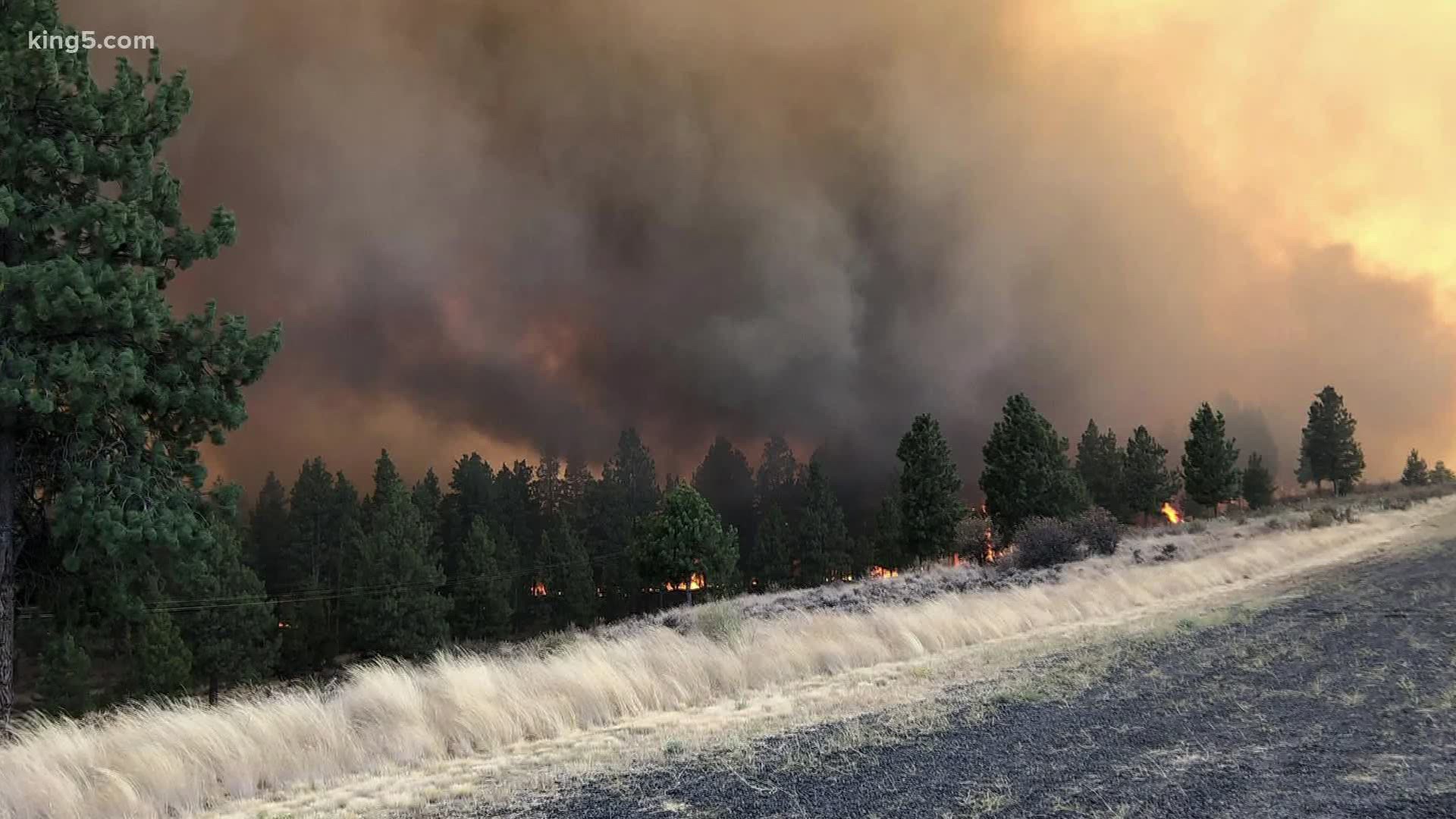 YAKIMA, Wash. — A fast-growing wildfire near Yakima has destroyed five homes, and firefighters were bracing for windy conditions Wednesday.

The destruction of the five primary residences in the Evans Canyon fire represents the greatest loss of property to fire in Yakima County in nearly five years.

The Yakima Herald-Republic reported the fire more than doubled in size Tuesday night because of high winds, and stood at 12,900 acres (20 square miles) on Wednesday morning. Containment was at 0%.

Some of Yakima and Kittitas counties were under a level 3 evacuation order as of Tuesday night.

The fire is believed to be causing poor air quality in Spokane.