CHENEY, Wash. — It's a point of pride in Cheney - Roos Field and the iconic red turf.

The stadium is home to the Eastern Washington Eagles and the more than 50,000 fans during football season alone.

While there's many parts about the stadium fans enjoy, there a parts in the inside that could use some "TLC." It's why last spring the Board of Trustees formed a stadium task force to make recommendations about a viable face-lift for the stadium.

"We have issues regarding the bathrooms, the concessions and those sorts of things, so there needed to be an overall update," said Jim Murphy, EWU Board of Trustee.

Inside the stadium you may have noticed mismatched and uncomfortable seating, a track separating the fans from the action on the field, hard to reach concessions, and run-down restroom facilities.

The last time Eastern's stadium was renovated was about 15 years ago in 2004 and some parts are even older, like the locker room which hasn't been touched for 20 years.

The stadium was originally built in 1967 and is the largest gathering place in Cheney. The task force said improving the existing amenities will allow Eastern to create a more defined football environment.

The eight member task force looked into what improvements they could make to the aging facility while being realistic with funds to support a project like this. The renovations will cost about 25 million dollars and will come solely from fundraising and donations.

Since they can't use state dollars to build or remodel athletics facilities, the task force says the project is based on addressing critical needs.

Athletic Director Lynn Hickey said this is much more than an investment in sports.

"There's people from all walks of life, all kinds of different cultures and for about three hours we're all together and we're all cheering for one thing," Hickey said.

These renderings show some of the concepts presented to the board. 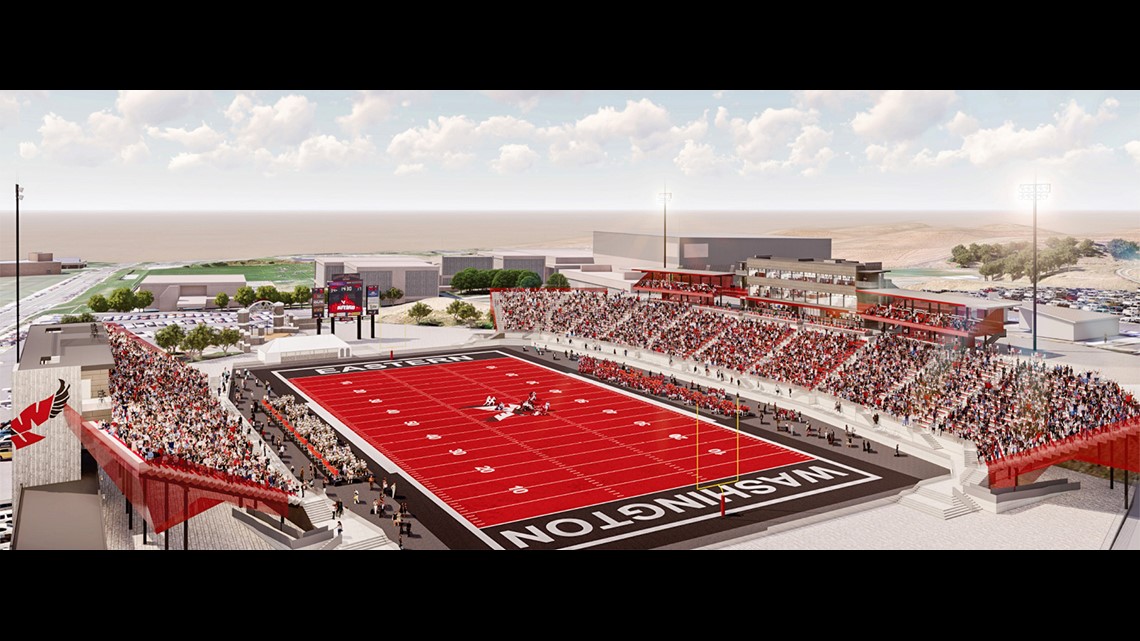 Architects want more of a bowl format to improve the fan experience. This means new seats that are closer to the field, new concessions, restrooms and club suites.

"This fits who we are, it upgrades it but it keeps us to being true Eagles and what we want out of the experience," Hickey said.

They won't break ground until the fundraise most of the 25-million, the task force believes they can do this in 18 to 24 months.