It's public now in Los Angeles, but the Pacific Northwest won't have a phone app until next October. 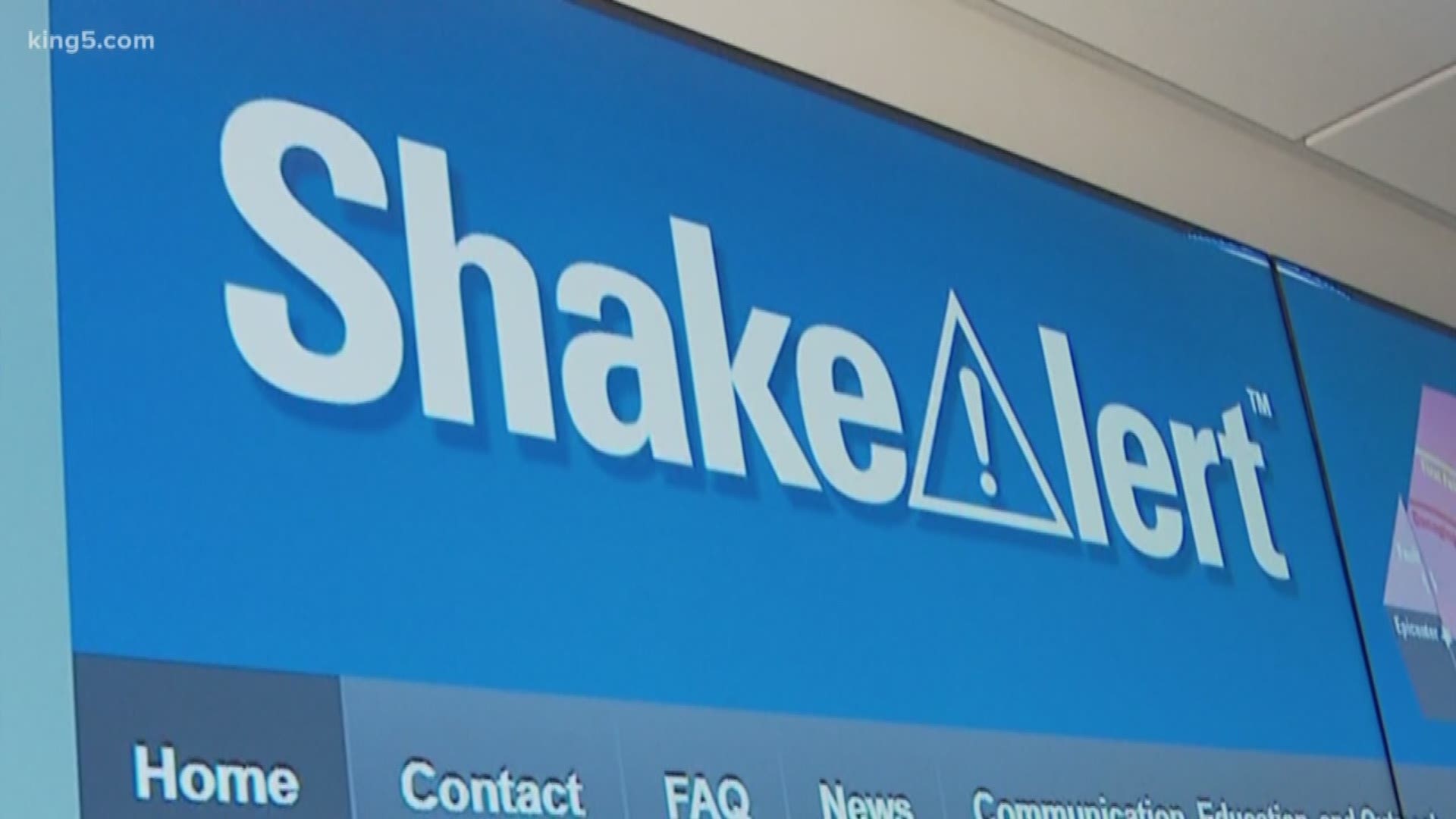 SEATTLE — ShakeAlert, the warning system that alerts you to how many seconds you have before earthquake shaking reaches you, will be available to the public in the Pacific Northwest in a year.

ShakeAlert was developed by research universities in California, Oregon and the University of Washington, along with the U.S. Geological Survey.

The technology is meant to send people a warning on their mobile devices, or computers even. How much warning you get depends on how far away you are from where the earthquake started.

The public already has access to ShakeAlert in Los Angeles.

One factor that gives California a step up, is there are more seismometers placed permanently around the state due to a higher number of earthquakes per year. ShakeAlert computers can analyze those seismometers and come up with an accurate warning for the public.

The analysis happens within seconds of an earthquake starting as long as four seismometers pick up the initial P-wave, which doesn't cause damage. The slower S-waves are what cause damage, according to scientists.

The Pacific Northwest Seismic Network along with the U.S.G.S. is assembling another 100 seismometers for Washington and Oregon to increase the network density.

"We want to have those alerts as rapidly as is reasonable out there, give people the maximum amount of time to prepare for the shaking," said Bill Steele, of the Pacific Northwest Seismic Network at UW.

RELATED: ShakeAlert warned Seattle of one of Washington's biggest earthquakes in 15 years

ShakeAlert is available in Washington now, but only to utilities, cities and other business and government users under a pilot program.

The ShakeAlert app for the public is expected to be ready for release in October 2020. The phone app will use your location from your phone's GPS to pinpoint where you are in relation to an earthquake and alert you.

The technology will also be available for computers and even have a warning system similar to Amber Alerts, where it can push alert to your phone even if someone doesn't have the app.

"We think we're going to be in a very solid place for doing public alerting," said Steele.

Learn more about how to prepare for an earthquake or disaster here.

Join KING 5’s Disaster Preparedness Facebook group and learn how you and your community can get ready for when disaster strikes.