Each one of the 108 rooms has a mural representing a piece of Spokane’s history. 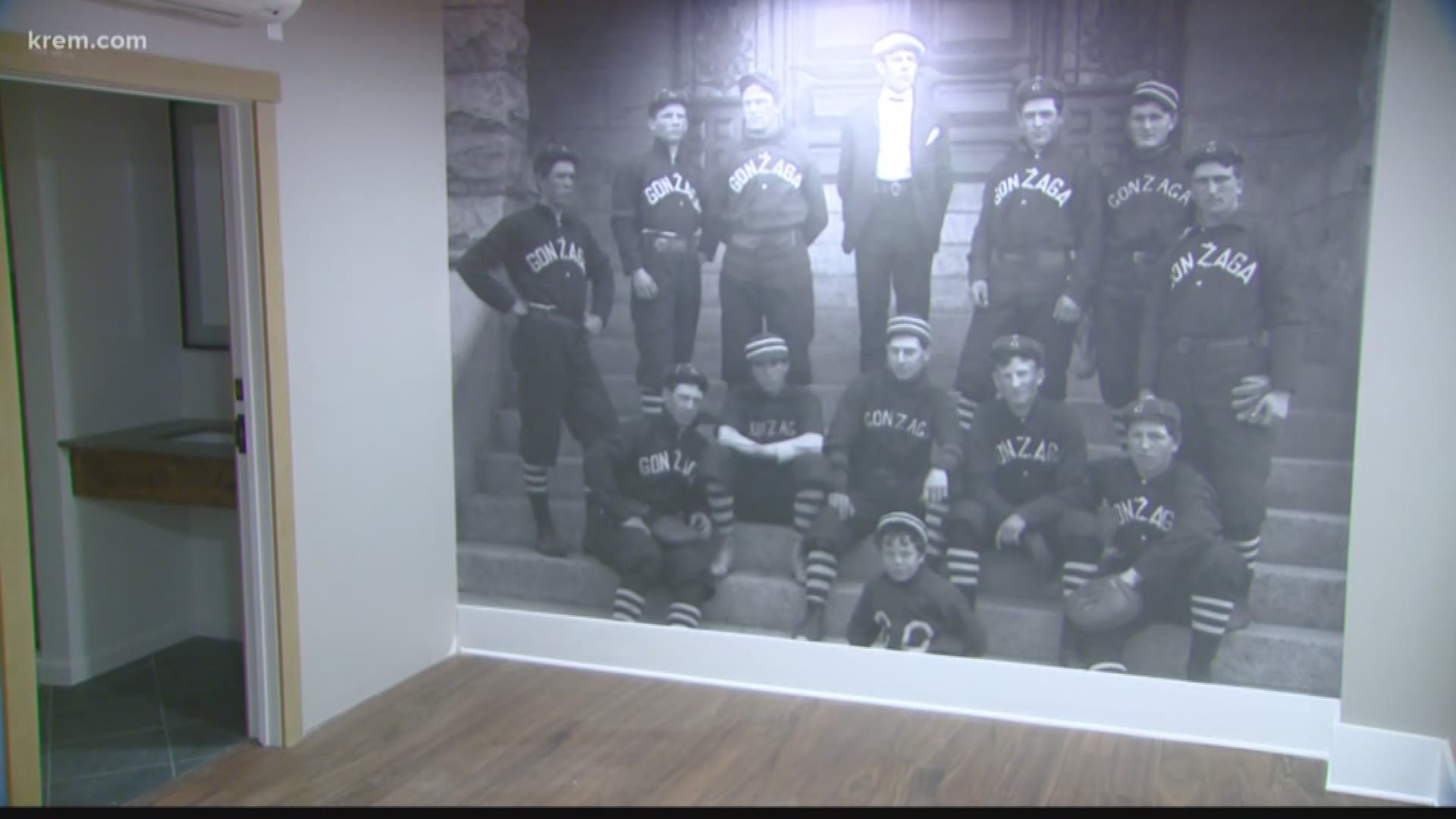 The hotel on Madison St. is expected to revitalize the west end area of downtown, said the hotel’s general manager, Patrick McLaughlin. It’s a part of the international Hotel Indigo chain.

The opening delay came from the project’s “delicate and precise” restorations, McLaughlin said.

Each one of the 108 rooms has a mural representing a piece of Spokane’s history. Some rooms have a picture of a locomotive from the old Hillyard rail yard. Others have Gonzaga’s football team from 1896.

Crews re-purposed fire doors that would prevent a fire from spreading to the other side of the hotel. The building has a modern sprinkler system, so the refinished sliding doors stand as decoration.

“I want to be able to respect the historical aspect of the building,” said Curtis Rystadt, the hotel’s owner.

Most of the items in the building are either original and re-purposed or were custom made for the building.

“We still have to put the tile in for the inlets into the restaurant. There’s a lot of things. We’ve set away some radiators and a steam pump that’s being restored right now,” Rystadt said.

He said crews are focusing on delivering and installing furniture in the rooms and working on finishing the lobby.

The building’s storefront is also almost complete and will eventually be available to retailers to lease.