Whether you’re a first-time buyer or an auction veteran, GZ Auctions has a slate of space-based items on Thursday you’ve got to see to believe 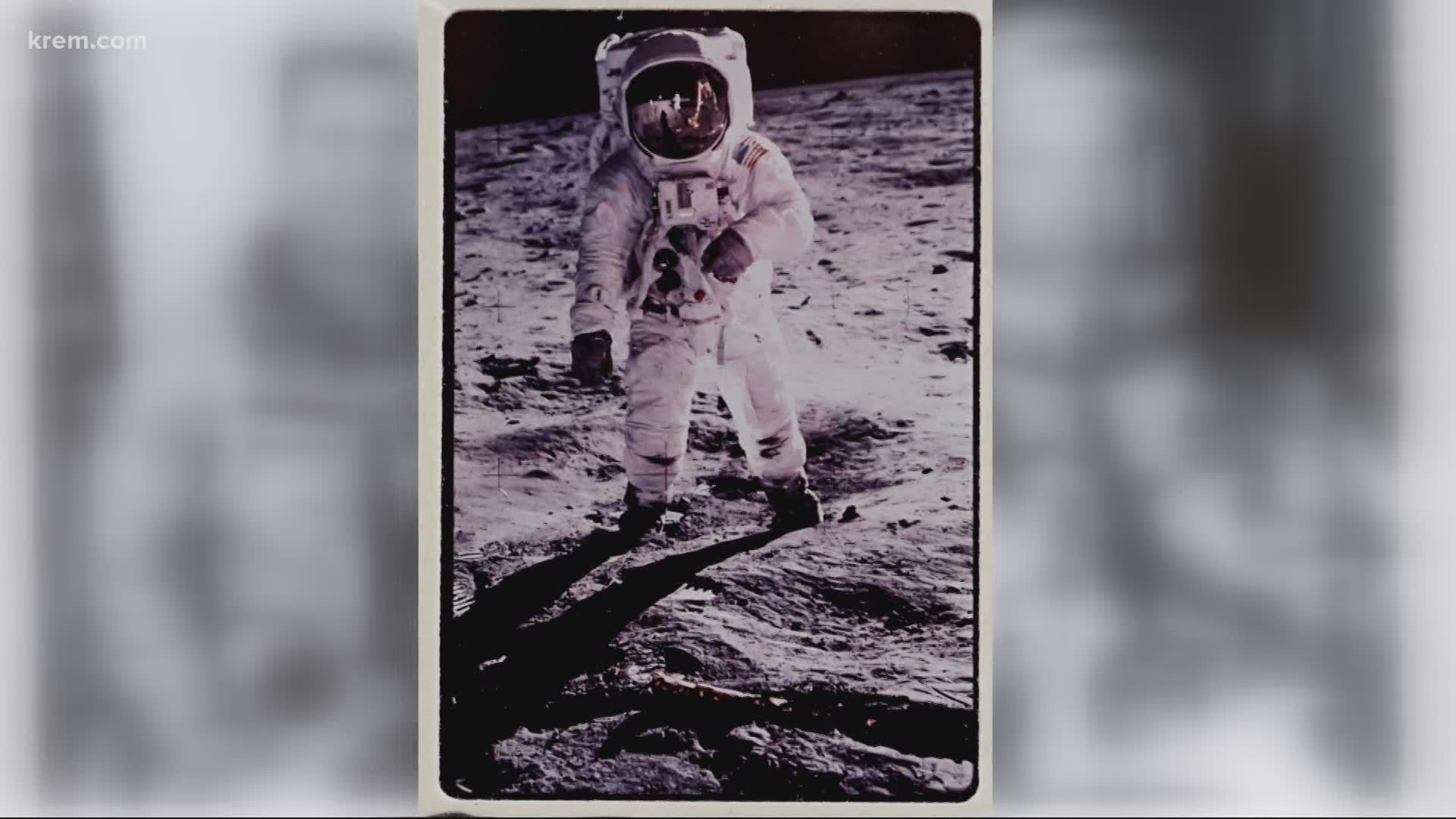 DAVENPORT, Wash. — It’s not every day that an auctioneer stumbles upon a random box of stuff, only to find it’s full of treasures and amazing stories.

That’s what happened when Grant Zahajk, one of the owners of GZ Auctions in Davenport, opened up a box that once belonged to the late Bill Endicott.

"We didn't really know what we had yet on that one,” Zahajko said. “What we ended up finding was about 600 film reels, and about 600 photographs that he'd gathered while covering the astronauts and the space programs."

Sure enough, Endicott’s box was a treasure trove of capturings, from his time as a reporter covering the first years of NASA.

Some of Endicott’s earliest photographs were traced to 1961, the year the first man traversed into space.

"As I'm processing these photos, we have the famous first shot of Earth from the moon,” said Zahajko. “There's a beautiful collection of color slides of the astronauts walking and placing the flag on the moon.”

Add in the unique collection of NASA, space, and aviation oriented items he already had, and Zahajko found himself with a unique auction opportunity that comes around very rarely, even after 30 years as an auctioneer.

“I just get excited about the history that we're looking at here,” Zahajko beamed. “The history that's been basically archived and boxed up for 50 years that's now coming out again."

But Zahajko’s favorite story might just be the autograph from Alan Shepard, the fifth man to walk on the moon, and the first man to bring his own golf club and golf ball along.

“The infamous drive off the moon which [Shepard] called the longest drive of his life, because of course that went, and just kept going. It's still probably flying in space today," Zahajko laughed.

Years after his shot, an entertainer would approach Shepard with a golf ball, asking for his autograph.

Shepard’s first response, according to Zahajko, was that this was the first time he’d ever been asked for such a request and that as he looked at the texture of the ball, he couldn’t figure out how best to appropriately sign his name.

“So [the entertainer] goes back up to her room, gets a nail file and they file an area for it to be a little bit easier for him to sign,” laughed Zahajko. “And he said that this was the very first golf ball he'd ever autographed."

That very same golf ball will be available for auction on Thursday, October 1st, one of 357 items up for bid staring at 9:00am.

Zahajko says the price range he expects could range anywhere from $40-50 dollars for some items, to others easily climbing into the thousands of dollars, so it’s a great opportunity for both new and veteran auction-goers to attend the virtual auction event.

Once the auction starts at 9:00 a.m., Zahajko says each item should take about a minute to be sold, and the entire event should be wrapped up by 3:00 p.m.