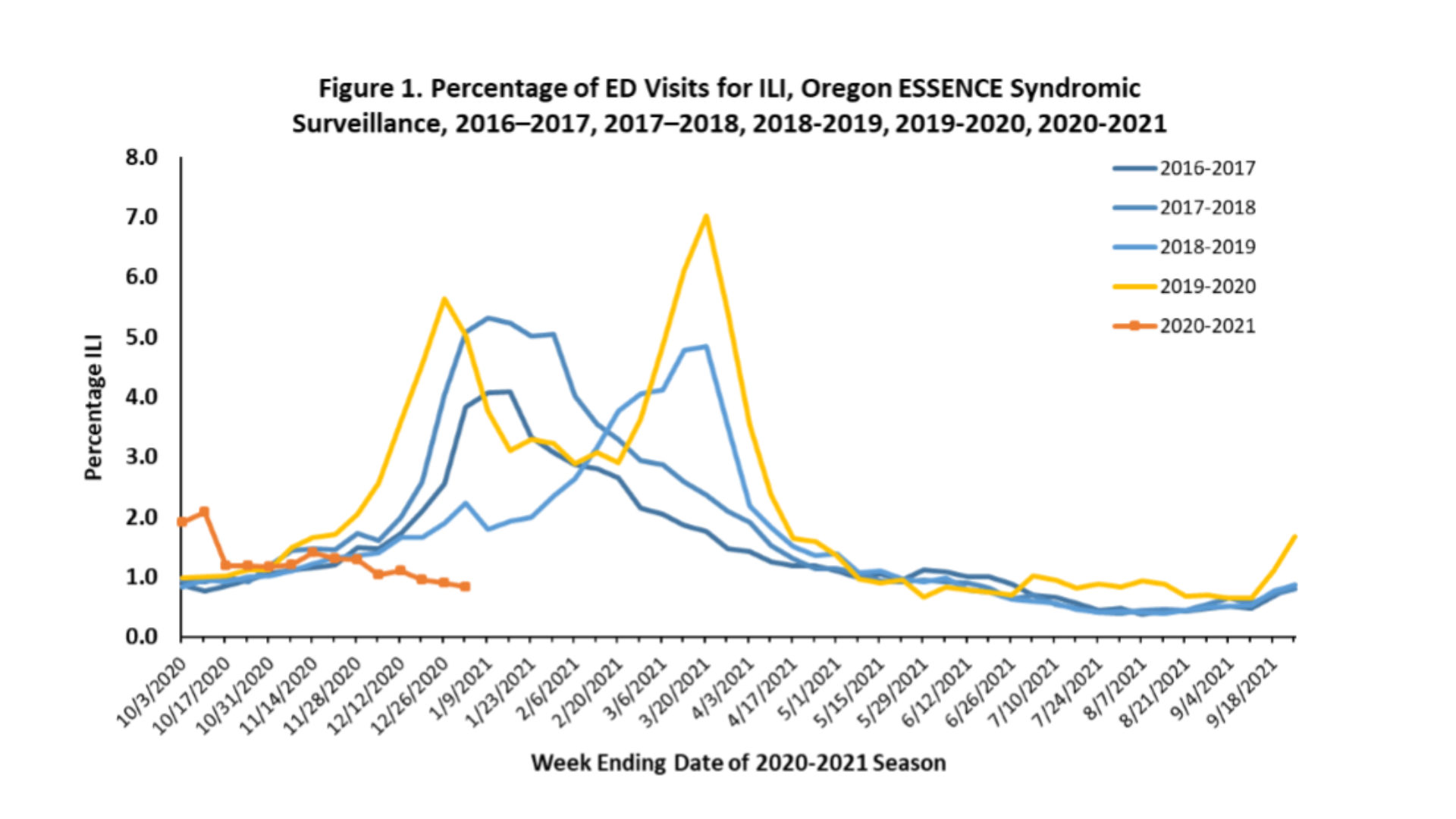 PORTLAND, Oregon — Health officials say months of trying to stop the spread of COVID-19 has also helped prevent the flu virus from spreading.

Vines said in addition to social distancing and wearing masks, an increase in the number of people getting flu vaccinations is helping. A public health campaign to get the flu vaccine was aimed at avoiding a possible “twindemic” this winter.

“There are flu seasons when our hospitals nearly reach capacity, just with people hospitalized with flu,” said Vines. “It's a virus that can really strike people down.”

According to the Oregon Health Authority, 2,873 Oregonians were tested for the flu the week ending January 2, 2021. Only four of those tests came back positive. Over the same week in 2020, 5,495 people got a flu test and 1,461 came back positive.

The contrast is striking nationally, too. According to the CDC, nearly every state is experiencing minimal to low flu activity. At this time last year, the vast majority of states including Oregon reported a high number of flu-like illness.

“It is a striking difference this year,” said Vines, who cautioned that there are still many weeks of the flu season left, urging those who have not yet gotten a flu vaccine to do so.

“It’s not too late,” she said. And as doctors focus on administering the COVID-19 vaccine, Vines said it's important to stay the course.