Hagadone Marine Group has been working on its fleet for two years and all five ships are running again for the summer. 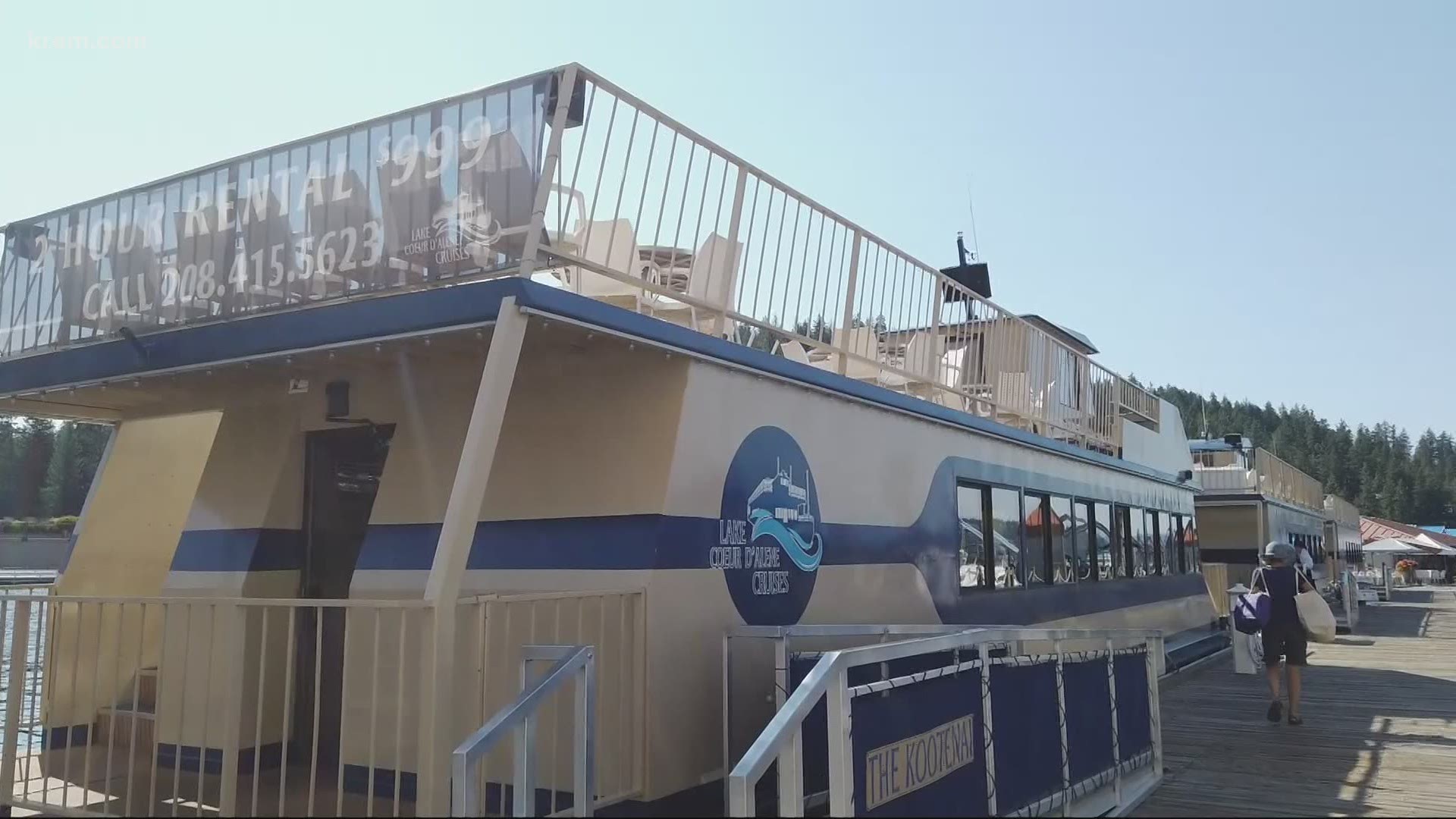 COEUR D'ALENE, Idaho — There aren't too many better ways to spend a hot summer day than being out on Lake Coeur d’Alene.

The water is calming, the scenes are beautiful and the cruise ships taking off from the dock have been a staple in the city for decades. Now, their new improvements will ensure they stay around for years to come.

“We expanded the haul and now it’s able to carry 400 passengers,” said Craig Brosenne, president of the Hagadone Marine Group.

A $5 million upgrade to the Coeur d’Alene Cruises ships is now officially complete. Hagadone Marine Group has been working on its fleet for two years and all five ships are running again for the summer.

Brosenne says the renovations will give their fleet enough space for 250 extra passengers.

“We really felt like the hotel with the number of guests coming through there, that the boats had to match the services that are provided at the hotel," he said.

They have all-new engines, generators and the mechanical systems are all new. The upgrades also include improved decking and granite countertops at the bar.

The Coeur d’Alene ship was built 43 years ago and it was the last one to finish receiving its touch-up.

“If you’re coming here, it’s really affordable to get out on the water and enjoy things that most don’t have the opportunity to do,” Brosenne explained.

“They’re brand new, if you look at these boats, they’re almost like superyachts now with the finishes that are on them,” Brosenne said. “Every detail was not overlooked. To the European style chairs, to the bar service and the restrooms.”

The changes will surely align for a busy summer but Coeur d'Alene Cruises believe they’re ready to meet the demand.

Sign up for the KREM 2 News 2 Know e-mail newsletter, and never miss top stories for Spokane and North Idaho: