With Spokane-area shows canceled, the already-big event could attract as many as 50,000 people, organizers estimate. 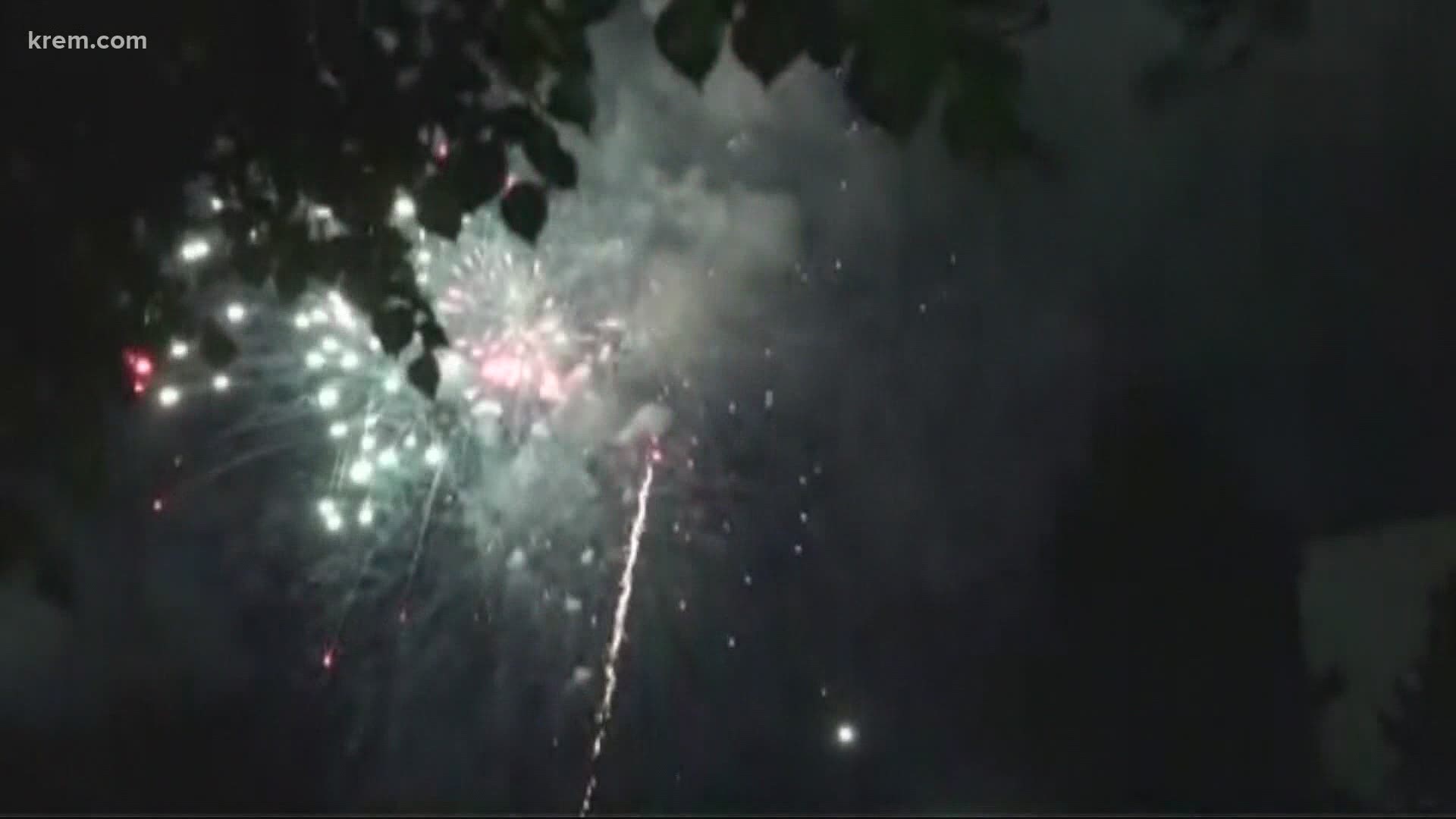 COEUR D'ALENE, Idaho — The 4th of July fireworks show in Coeur d'Alene could wind of being one of the city's largest ever events, according to organizers and local first responders.

The City of Spokane postponed its four professional shows, and there's a strict burn ban in place in Washington. That means CDA may become the only legal way for people to get their firework fix this holiday weekend.

The event is normally large, and since it didn't happen in 2020 due to COVID, was already expected to be larger than normal. Now, with many more Washingtonians likely to cross the border, the celebration could be truly massive.

"We were already planning for a pretty big weekend. This is one of the largest firework shows that we were ever going to put on here at the Coeur d'Alene region," said Derrell Hartwick, president and CEO of the Coeur d'Alene Chamber of Commerce, which puts on the annual event. "And so with [the Spokane cancellations]… it's probably just going to increase that. We're expecting probably around 40, 45, to 50 thousand."

RELATED: Spokane postpones fireworks show ahead of July 4 due to increased fire risk

Not only will the crowds be bigger, but so will the show itself. In memory of Duane Hagadone, the Coeur d'Alene business magnate who recently died, his corporation has donated enough fireworks to make what's typically a 20 to 30 minute show as long as 45 minutes.

"He was a huge fan of fireworks so… they added into the contribution," said Hartwick. "The biggest part of that is going to be the finale, is what they were really interested in. So when we see that big 10, 15 minutes – it would probably ordinarily be about a 5 minute finale – you're going to be looking at a much, much bigger one with that. So it's going to be a great showing."

For some locals, the influx of visitors is concerning. Nathan Berghost, who lives in North Idaho, said he had mixed feelings.

"I like the small town feel, and then summer comes around and you get a lot of people, which I understand. It’s beautiful," he said.

Nick Harvey, visiting Berghost, also agreed that he understands why the region and the event attract such crowds, but said simply of the busy weekends: "I don't like all the people."

"Our small town is growing and it's just kind of the nature of the beast, especially the way that COVID impacted the cities. Everybody's moving to more rural, beautiful places like this," she said. "So I just hope everybody's responsible and safe and picks up after themselves and is courteous to other people and everybody just has good clean fun."

Likewise, Hartwick was excited about the kind of business an event like this could generate for the region this weekend.

"We're welcoming all. That's what we're here for. We're a tourism destination here in the Coeur d'Alene region," he said.

Still, everyone ought to be prepared for the huge crowds. Northwest Boulevard will likely be shut down, and getting a space close to the lake could be difficult, so you may want to post up somewhere else.

"I mean you'll probably be able to see the fireworks all the way to the interstate," said Hartwick.

Local law enforcement agencies say every available officer will be working this weekend to maintain security, which will be top of mind considering the shooting that happened at the last event in 2019. Tyler Rambo, the man involved in that shooting, was just sentenced to 10 years in prison this week.

Police and organizers ask that everyone remain clean and respectful, and remember that alcohol is not legal in parks.

"If you’re coming here, please leave it like you found it. Respect that," said Hartwick. "Because our first responders are working on the holidays, and we want to make sure that their work is easy, everyone is safe, and has a great 4th of July."