The city of Spokane is closing the Post Street Bridge to all vehicular traffic. 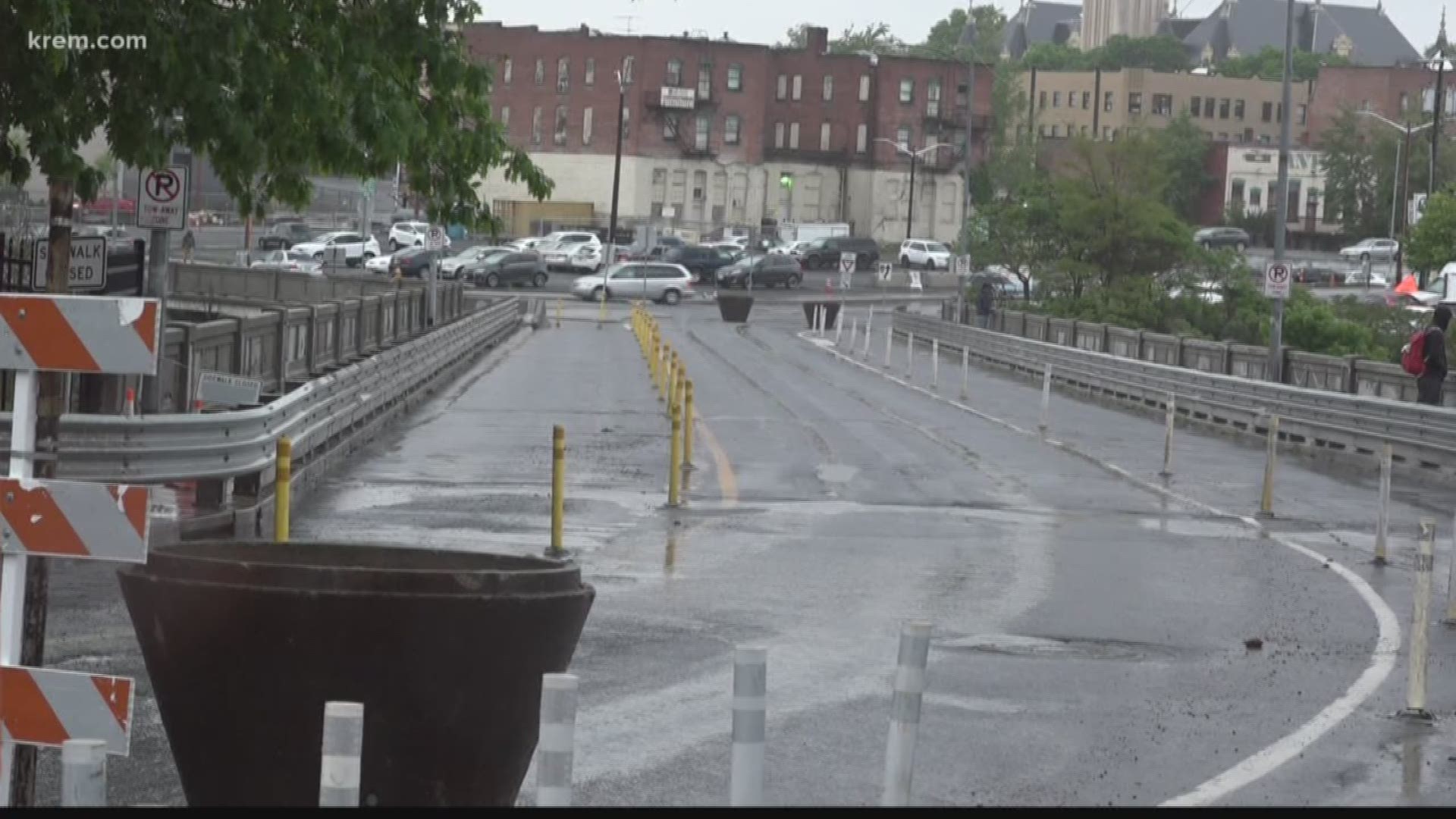 SPOKANE, Wash. — The city of Spokane is closing the Post Street Bridge to all vehicular traffic.

The city announced the closure on Friday after a structural analysis determined the bridge could no longer carry cars and trucks.

"Pedestrians and bicyclists can continue to use the center of the bridge, but the sidewalks also will be closed," said city spokesperson Marlene Feist.

The bridge is set to be fixed starting in the spring of 2020.

The city has long known the bridge is in need of repairs.

The bridge was originally constructed in 1917. The proposed design for the new bridge would keep the historic arches and would include new post tensioned concrete girders that would span the river.

In 2018, the city asked the public for feedback on the proposed designs and how to better accommodate vehicles, bicyclists and pedestrians on the 51-foot wide bridge deck. It will include a vehicular lane, pedestrian and bicycle routes and will also accommodate the Centennial Trail.

There are some restrictions to the designs -- there is only one vehicular lane that travels northbound, the south approach to the bridge must tie into one lane of Post Street and the Centennial Trail along the bridge will need to be routed to the northeast side of Post Street to allow connection to Riverfront Park.

The site plan is available on the city's website.