Some roads are still closed as the city of Spokane works to clean up the debris more than a week later. 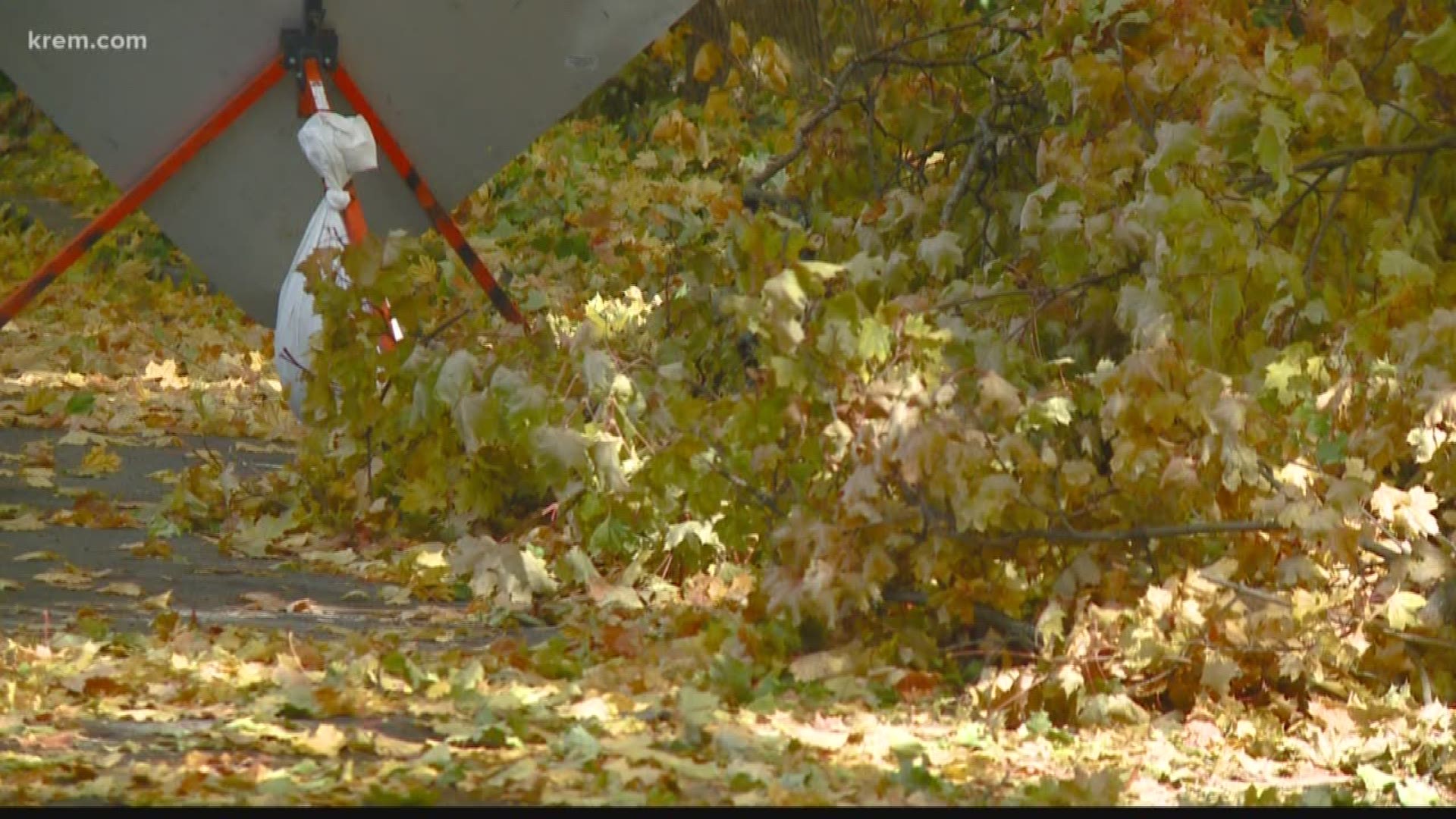 SPOKANE, Wash. — Crews are still working to clean up the debris leftover from the freak snowstorm in the Comstock neighborhood of Spokane’s South Hill.

Some roads are still closed as the city of Spokane works to clean up the debris more than a week later. The mess in some places is so bad city workers used a snow plow to tackle the mess.

"There was so much debris concentrated in areas it was difficult to say, I'm going to this spot, because when they got to that spot, there was debris all up and down the street," said City Spokesperson Marlene Feist.

As of this afternoon, Feist said city workers have cleaned up nearly all of the debris in the public right-of-way.

Feist said there's been some confusion about who's responsible for some of the debris. Crews aren't cleaning debris off of private property because it’s the responsibility of the owners.

Meanwhile, much of what you see in places like the Manito Boulevard strip or at parks is the city's job.

"So, people are doing their part, they are getting trees cleaned up on their property and their neighbors’ property and taking that in," Feist said.

Many property owners are taking advantage of the free tree disposal at the Waste to Energy facility. In the last nine days, 3,000 loads have been brought in, weighing more than 680 tons.

If you have debris specifically from by storm, you can bring it to the waste to energy facility through Saturday for no charge.