Washington Department of Natural Resources is sending a type three team to what is being called the Little Camas Fire. 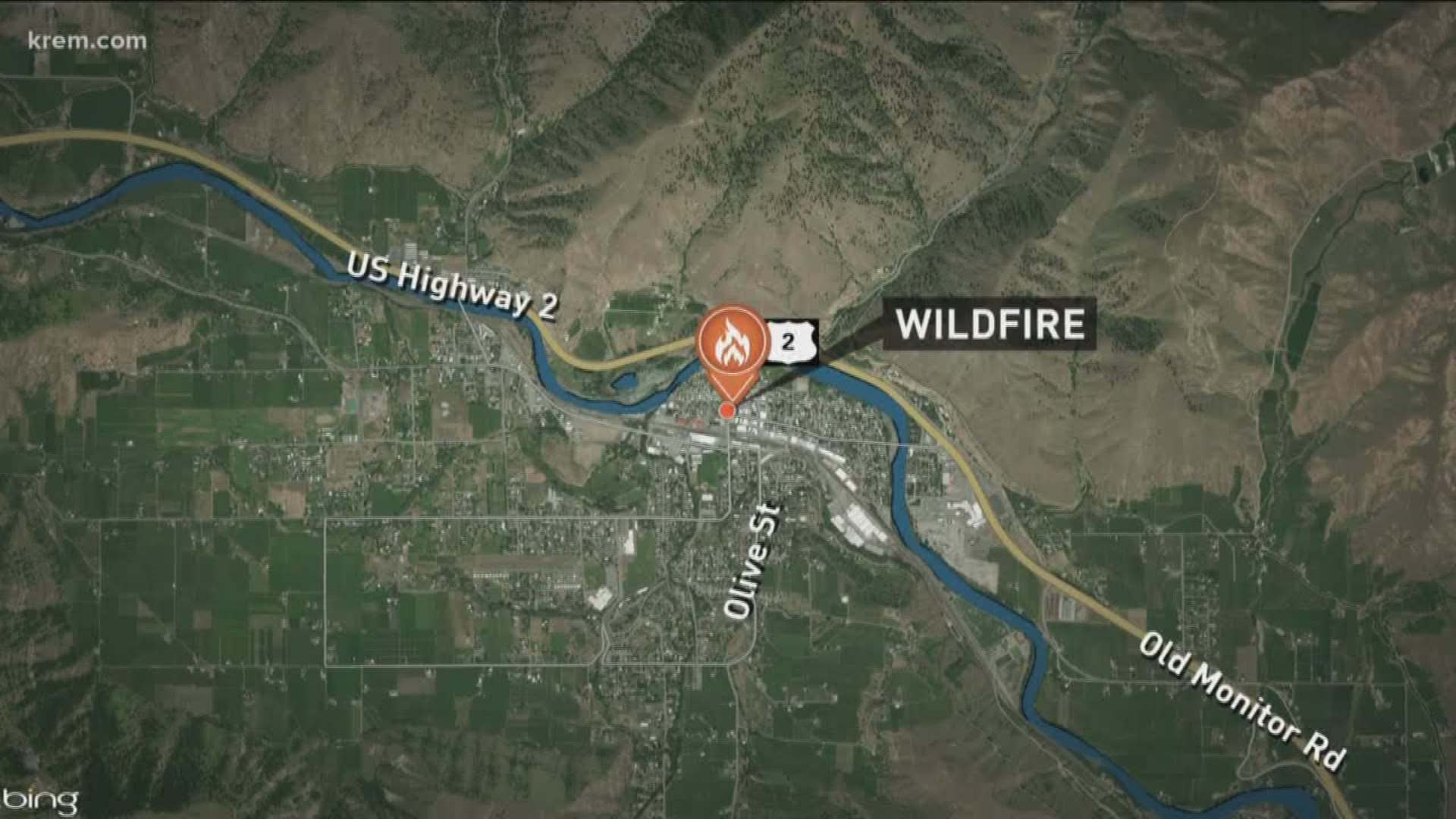 The wildfire has burned nearly 400 acres.

About 270 firefighters are working on the scene and officials say another 175 crew members are on their way.

#WaWILDFIRE UPDATE - Cooler weather helped slow down the #LittleCamas fire near #Cashmere. Fire now 5% contained at 338 acres, with 270 firefighters on scene & another 175 on the way to speed containment before Monday’s expected high winds. Find updates at https://t.co/jRJDvjK7Q6 pic.twitter.com/JDueq8bEeZ

Washington Department of Natural Resources is sending a type two team to what is being called the Little Camas Fire. As of 6:30 p.m. Friday, the fire was one percent contained. The fire is burning in steep and rugged terrain, making the attack by ground crews difficult.

The Camas Meadows Bible Camp and three adjacent homes were under a level 1 evacuation notice as of 6:30 p.m. Friday. Due to fire activity in the area, Forest Service Trail Red Hill #1223 and Tronsen Ridge Trail #1204 from Ruby Creek Trail to the 5 Miles Road junction are closed to public access. The rest of the area is open.